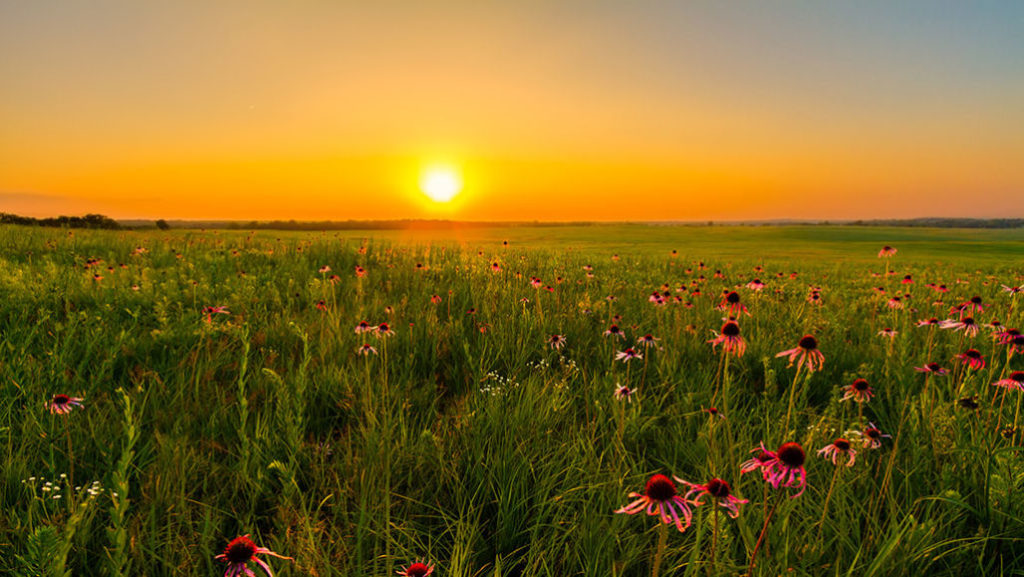 Grasslands provide many amazing ecological functions. A wide range of different grassland community types is found across Michigan. Sadly, due to a misguided viewpoint from the 60s, fires as a management tool have been suppressed across the region. This lack of fire has allowed trees and woody vegetation to take over many grasslands. Common culprits such as habitat fragmentation, invasive species and habitat destruction also affect the health and commonality of grasslands. 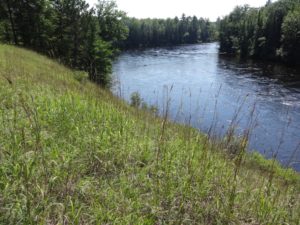 Hillside prairies are found on slopes often near streams and water bodies. The sandy almost gravelly soils provide rapid drainage that leads to drought-like conditions. The lack of fire increased the canopy cover and the presence of woody shrubs. Originally, the community was dominated by little bluestem, big bluestem, porcupine grass, Pennsylvania sedge and Indian grass. The prairie was surrounded by oak forest and supported a rich diversity of butterflies, locusts, and grasshoppers. Mound building ants are vital to this community, their actions mix and aerate the soil. Today hillside prairies are sparsely found in the southwestern portion of the Lower Peninsula and Menominee County in the Upper Peninsula. 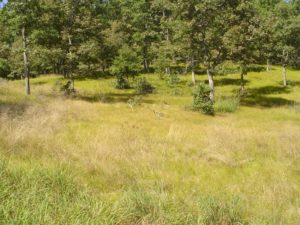 Dry sand prairies are found on sandy glacial outwashes in very well-drained nutrient-poor soils. The geography of the areas is lacking natural fire breaks so broad-scale fires are able to burn. Vegetation in the area grows patchy and is short. Dominated by little bluestem, Pennsylvania sedge, scattered trees and big bluestem. Like the hillside prairie, ants play a key role in mixing and aerating the soil. The eastern mole, star-nosed mole, mice, skunks and badgers also contribute to soil mixing and aeration. Jackpine has been found in dry sand prairies, making it a great habitat for the Kirtland’s warbler. 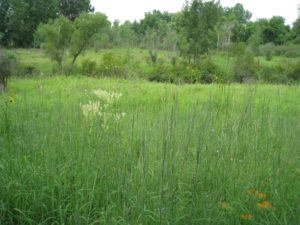 Dry mesic prairies historically were found in the openings of oak forests in the southern portion of the lower peninsula. Currently, they are only found on railroad right-of-ways and alongside agricultural fields. The community occurrence has declined and sadly the only information on the original flora and fauna composition was written by European settlers. The community was dominated by Indian grass, big bluestem and little bluestem. The vegetation was thick and low to the ground. Ants, moles, skunks, badgers and mice still would play an important role in mixing and aerating the soil. The now extirpated American Bison would have influenced the vegetation composition through selective foraging, wallowing and trampling. 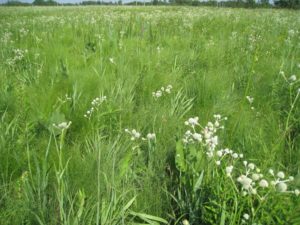 Much like the dry-mesic prairie the population of the mesic prairie has dwindled. Originally occurring on the Battlecreek Outwash Plain with nutrient-rich sandy soils along oak forest openings. The current range is restricted to railroad right-of-ways, cemeteries and alongside agricultural fields. The European settlers described the mesic prairie as being big bluestem, little bluestem, Indian grass and forb dominated. Ants, moles, mice, skunks and badgers still encourage soil mixing and aeration. Bison influenced vegetation composition by providing new areas for seed germination from the patches left behind by wallowing and trampling. 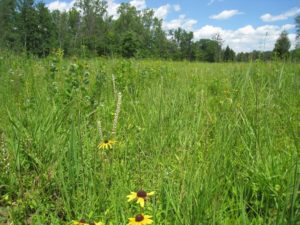 Mesic Sand Prairies occur in shallow depressions of glacial outwash plains. They can inhabit large or narrow expanses bordering fire-dependent ecosystems. The water table of grow sites is particularly high and accompanied by sandy organic soils. Plant composition is able to withstand a wide range of moisture tolerances. However, like the other prairies, the mesic sand prairie is still dominated by little bluestem, big bluestem, and Indian grass. Moles, skunks, ants, badgers and mice influence the aeration and mixing of the soil. Pollinators benefit from the wildflowers growing in the area.

Grasslands are an important ecosystem that makes up 3.8 million acres of public land. Besides the ecosystem services and game habitat provided by grassland many endangered and threatened species depend on these wild areas. The Karner blue butterfly, blazing star borer moth, eastern massasauga rattlesnake, eastern box turtle, frosted elfin and the rusty-patched bumblebee are all imperiled species that depend on grasslands. Currently, conservation efforts include reestablishing a fire regime for already present grasslands, removing woody vegetation/invasive species, and planting grassland species on appropriate land allotments.

What grasslands provide are irreplaceable, and thus need to be protected.