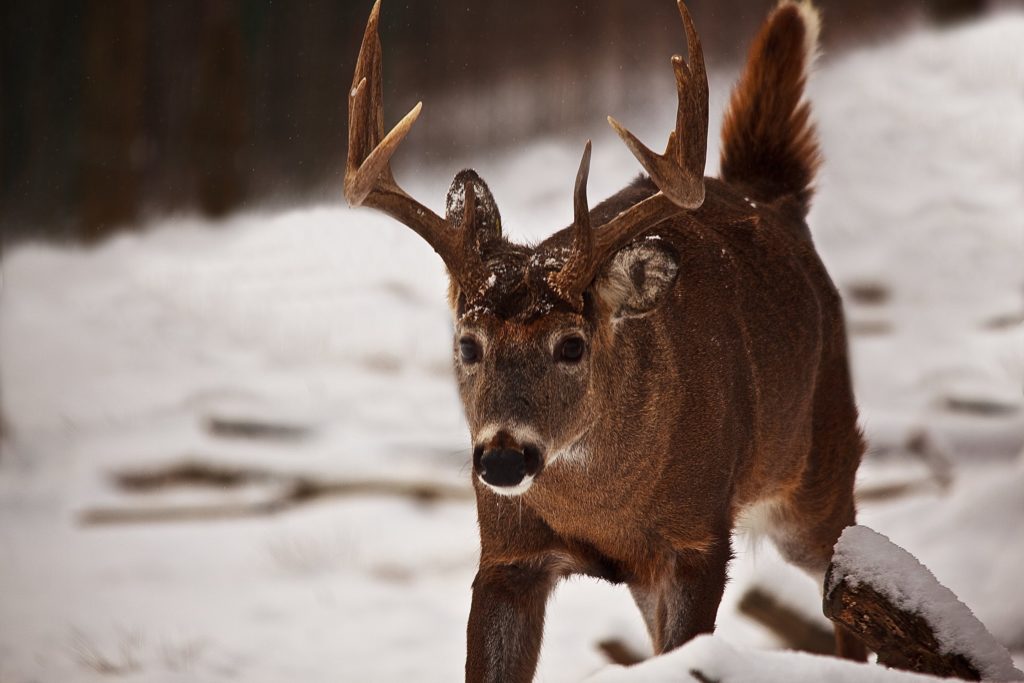 The Michigan Natural Resources Commission (NRC) will meet Thursday to review new rules for the 2021 deer hunting season, including a universal antlerless license, removal of the Upper Peninsula’s (U.P.) “Hunter’s Choice” option and the use of crossbows during the late archery season in the U.P.

Each of these rules, and others presented in WCO Amendment No. 8 of 2020, are intended to clarify deer regulations and better meet the Department of Natural Resources’ (DNR) management goals. The NRC will meet virtually using an online platform and consider a full agenda.

Michigan United Conservation Clubs appreciates the chance to weigh in on these rules and will be actively involved with the DNR and NRC throughout this process, said MUCC Executive Director Amy Trotter.

“MUCC members hold a wide variety of opinions regarding deer management in the state,” Trotter said. “However, one thing almost everyone agrees on is the fact that it shouldn’t take a law degree to go deer hunting – and our members have said that through our grassroots policy process. MUCC looks forward to working with the DNR and the NRC to simplify deer regulations for future seasons.”

DNR Director Eichinger is scheduled to offer a report to the NRC on recent activity in the DNR. This will include the presentation of Safari Club International’s Wildlife Biologist of the Year award, as well as the drawing of a raffle for individuals who completed a survey following a hunter’s safety course.

DNR Deer Biologists Chad Stewart and Ashley Autenrieth will also make a presentation to the NRC regarding the deer regulation changes proposed for the fall 2021 hunting seasons.

Currently, hunters must purchase antlerless deer licenses for certain Deer Management Units (DMUs) that are restricted on the basis of public and private lands. This has created some confusion for hunters and has not been an effective tool for the DNR to meet management goals. The DNR proposes the creation of a universal antlerless license that would be valid on both public and private lands in every DMU in the Lower Peninsula, as well as those in the South-Central U.P. (currently DMUs 055, 022, 122, 121 and 155). These permits will not require a drawing.

The order contains a rule to allow crossbows to be used during the late archery season in the U.P. A similar rule is already in place in the Lower Peninsula and has not resulted in significant increases in deer harvest or declines in populations. Proponents of this rule believe that it will make rules clearer and more consistent statewide. Opponents of this rule suggest that crossbow use could have a disproportionate effect on deer in the U.P., given their tendency to congregate in winter yards. MUCC members voted in 2016 to express neutrality regarding the use of crossbows.

This proposal would also remove the “Hunter’s Choice” option for U.P. hunters. This option has been in place for a number of years and worked by placing a 3-point antler point restriction (APR) on the deer combination regular license, in addition to the 4-point APR on the restricted tag of the deer combination license. The regular deer license does not have an APR. Thus, hunters could make the choice of harvesting one deer without APRs or harvesting two deer under APRs. If this rule is passed, it would end the 3-point APR on the deer combination regular license in the U.P., making these rules consistent statewide. If this rule is adopted, “Hunter’s Choice” will still be effective on Drummond Island (DMU 117).

The order would also recommend removing the antlerless option during archery deer season in the U.P. This was a topic of great debate during the summer 2020 NRC meetings and resulted in the adoption of two rules that the DNR Law Enforcement Division deemed unenforceable. DNR staff recommends that the NRC repeal those rules, as they would stand in conflict with the statewide universal antlerless license described above.

Supplemental feeding in the U.P.

In addition to harvest rules and tags, the NRC also has the authority to regulate the supplemental and recreational feeding of deer. The DNR proposes a set of rules that will clarify how individuals may feed deer in the U.P., including through:

MUCC has policy that expressly supports the practice of supplemental feeding in the Upper Peninsula, especially where deer are stressed by severe winters. Our members have voted to oppose baiting by hunters generally, as well as in the context of transmissible diseases like Chronic Wasting Disease and Bovine Tuberculosis. MUCC has concerns with the removal of the supplemental feeding permit in the U.P. — we would ask that the NRC rethink this proposed regulation and urge the department to enforce the current permitting process and prosecute issues in compliance.

In 2017, the NRC passed a measure to implement an urban deer management zone for Macomb, Oakland and Wayne counties. This has since been used to hold an extended archery season in the month of January to better control deer populations and mitigate human-deer conflicts, including vehicle collisions. The authorization of the urban deer management zone is set to expire after the Jan. 2021 hunt; however, the DNR recommends that this unit be authorized indefinitely in this order.

The DNR recommends the creation of a DMU on North Manitou Island to better coordinate deer harvest with the National Park Service and their management of the island.

The DNR is also recommending that the NRC expand the method and manner of take for certain deer damage shooting permits. Currently, sharpshooters are limited to certain firearms, which can make access and removals difficult in certain places. If passed, this rule would make permitting more flexible for those working under deer damage permits.

The NRC cannot vote on any of these proposed rules until their meeting in December. It is likely that this body will not make any decision on these fall 2021 deer hunting regulations until Jan. or Feb. 2021. It is also important to note that changes to the license structure, and therefore the electronic licensing system, must be made by Mar. 1 to interface clearly with hunters purchasing the licenses.

The DNR Director is also slated to make a decision regarding a number of land transactions. These include a sale of land in Mason County, the sale of an easement in Osceola County, the acceptance of a gift easement in Keweenaw County, the acceptance of a gift of land in Cheboygan County, a property exchange in Schoolcraft County and an acquisition by the Parks & Recreation Division in Oakland County. A full list of land transactions can be found on the NRC agenda.

The NRC will not consider any items for action at their November meeting.

The DNR Director is scheduled to consider an order regarding commercial fishing regulations that has been held over for several months.