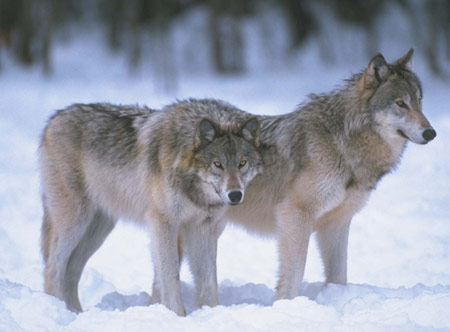 Michigan’s wolf population has recovered to 695 wolves according to the DNR — greater than the original population goal of 200 established by the Michigan Department of Natural Resources in 1997.

The accomplishments report given by DNR Large-carnivore Specialist Cody Norton highlighted several reached goals since the last wolf management plan was developed, including:

The presentation of the DNR’s accomplishments will be made available in the near future, which will be posted on the WMAC landing page.

Holding the department accountable for outcomes and accomplishments is of utmost importance for the advisory council, said MUCC Executive Director Amy Trotter.

“Understanding the department’s accomplishments from the 2015 Wolf Management Plan will help to inform the council’s recommendations moving forward,” Trotter said. “Whether it’s research on the predation of deer or the tactics to determine wolf counts, it’s information the council, and frankly the public, needs to know.”

The council approved the following motions:

The council reviewed section 6.4. No recommendations were made.

At the December meeting, WMAC members will focus on recommendations related to sections 6.3 and possibly 6.5 for the next wolf management plan.

DNR Law Enforcement Division (LED) is expected to present on the accomplishments, and council members suggested presentation items such as whether LED believes the current fines and penalties act as an actual deterrent to poaching and how LED interacts with the judicial system during prosecutions

The minutes from the October meeting are being held over to the December meeting due to proposed changes to the document, and in addition, council members indicated their intent to make a motion for a running document of interim recommendations on the WMAC website to help with transparency to the public.