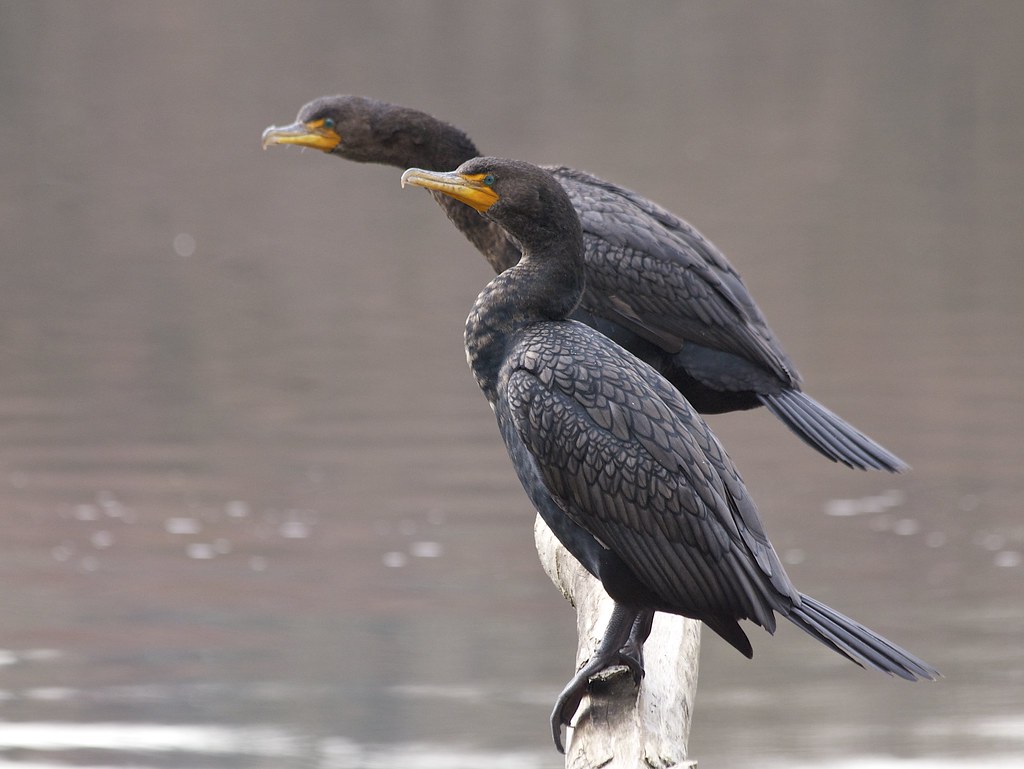 Double-crested cormorant (cormorant) management is once again at the center of agency rule-making with the U.S. Fish and Wildlife Service (USFWS) and MUCC is weighing in.

Cormorants are a native species, but wreak havoc on fisheries populations across the Great Lakes region. To facilitate adaptive, localized management the USFWS submitted a proposed rule to the federal register to create a new depredation permit program that would allow state and tribal wildlife agencies to lethally control cormorants to protect wild and public hatchery-stocked fish.

Michigan United Conservation Clubs (MUCC) is in strong support of adaptive cormorant management, per several member-passed resolutions. It is important that supporters of scientific wildlife management are heard in this comment process, as many of the others submitting comments represent animal rights organizations that oppose lethal management. MUCC Executive Director Amy Trotter submitted a letter to the USFWS encouraging the passage of this proposed rule.

“The issues pertaining to the management of cormorants have been the subject of numerous policy resolutions from our members,” said Trotter. “All of these resolutions have focused on using a variety of tools to better bring the recovered population of cormorants in the Great Lakes into balance with other important wildlife and sportfish populations.”

Cormorants represent a remarkable conservation success story. From a species that was quite literally on the brink of extinction due to toxic pollution, they have far exceeded every goal for population recovery. The question about cormorants is not binary – we need not choose between either having cormorants or not – but wildlife managers must be equipped with the tools necessary to do their jobs based on the best available science.

MUCC hopes that this new permit program will help state and tribal fish and wildlife agencies achieve a population of cormorants that will meet agency goals.

Cormorants are a federally regulated fish-eating bird. According to USFWS Environmental Impact Studies, from the early 1970s to 2000 cormorant numbers increased from near zero to 115,000 birds in Michigan waters alone. Surveys suggest that current populations might number between 731,880 and 752,516 in the central and eastern United States. The majority of these cormorants reside in Lake Michigan and Lake Huron at some point in the year. Their diets consist mostly of alewives and round gobies (forage fish), but they also consume significant numbers of stocked trout and salmon fingerlings, as well as highly valued smallmouth bass and yellow perch. Although fisheries in 24 states in the central and eastern United States are affected by cormorant depredations, Michigan hosts about 55% of the interior population’s breeding pairs and can be considered “ground zero” for the negative effects of cormorants.

Over the last twenty years, MUCC and our membership has continuously supported the need for cormorant control efforts. In 2002, MUCC passed a resolution supporting cormorant control that allows taking of cormorants, eggs and nests in order to significantly reduce the population, and supported removal from list of birds protected by the Migratory Bird Treaty Act. In 2004, MUCC passed a resolution urging the President, Congress, the Secretary of the Interior and USFWS to take the necessary action to provide appropriate funding support for double-crested cormorant control efforts, and to provide appropriate leadership, coordination, control and assessment of those efforts. Implemented over the last 12 years, these measures have been highly successful in reducing cormorant abundance to acceptable numbers and have restored our fisheries.

As always, MUCC will continue to track this proposal through the federal rule-making process, representing our members and all of the recreational anglers of Michigan.