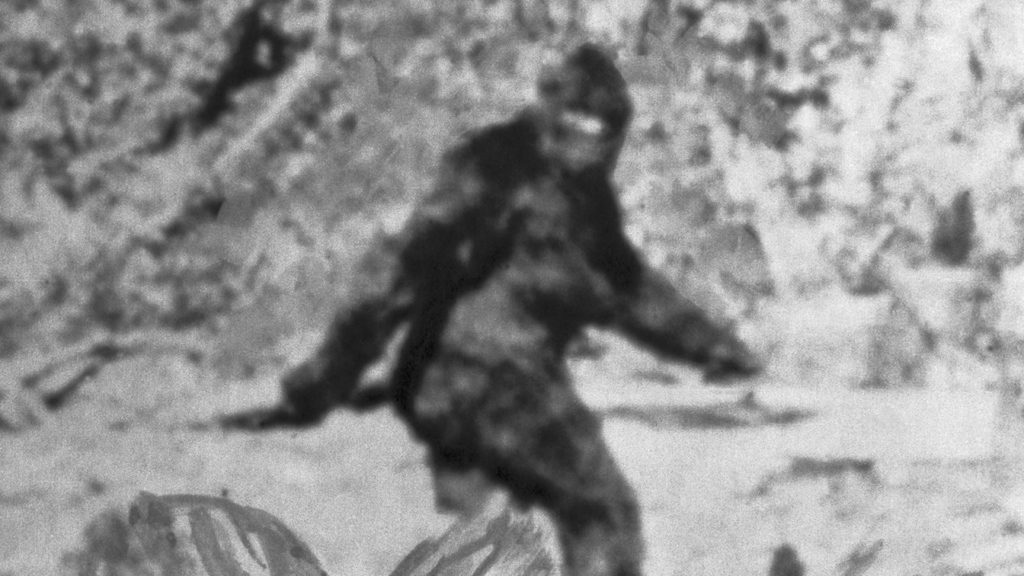 Bigfoot, also known by the scientific name sasquatch, are slated to be hunted this fall after nuisance complaints and copious “I swear I saw one” reports surfaced.

While normally thought of as an Upper Peninsula-specific species, it is hypothesized that many years ago several Yoopers thought a good April Fools’ Day joke would be transplanting some ‘squatches to the Lower Peninsula.

And so, as the story goes, they loaded their rowboats with a pair of sedated bigfoots and traversed the treacherous Straits of Mackinac. After reaching McGulpin Rock, da Yoopers released the bigfoot pair and, in true UP fashion, never spoke of the endeavor until years later.

Throughout the 20th century, the pair was spotted several times in the Northern Lower Peninsula, and some even claim they saw them with young. It is thought that the reported sightings of ‘squatches have been conflated with the Dogman, which roams the counties of Wexford, Missaukee, Grand Traverse, Lake and Osceola around Halloween each year.

According to a department representative, bigfoot have seen a rise in population numbers and nuisance complaints leading to this landmark decision. While the species is usually reclusive, the rise in population has forced groups of bigfoot to move their home locations.

“We’ve been getting a lot more reports of them, and frankly, I was almost certain I saw one the other day myself,” said the representative. “After years of research and a 94% assurance rate that they even exist, I’d say it’s about time we took action.”

MUCC Executive Director Amy Trotter remarked on the road that led us to this point.

“While our members still can’t wrap their heads around the complex science leading to a population explosion of sasquatch in Michigan’s two peninsulas, it is clear management efforts need to be undertaken,” Trotter said.

MUCC’s membership will be closely monitoring the baiting of bigfoot this fall during the hunting season and MUCC members are only accepting of the hunt if airbows are the only method of take AND hunter pink camo is worn.

“I’ve fought many years to keep misogyny out of conservation,” Trotter said. “And I’ll be darned if I am going to have some men tell me what clothing I should wear outside or why they think women ‘need’ or ‘don’t need’ pink camo.”

Following in Oklahoma’s footsteps, but of course doing it better, Michigan was able to expediently move a bigfoot hunt along. While the Oklahoma legislation is still in limbo, Michigan is proud to be the first in the country to offer a tag for the species.

If you’ve read this far and haven’t realized that this is an April Fools’ Day joke, then maybe a bigfoot license is just the right thing for you or a loved one. Donate $5 if this made you laugh today. Donate $20 if you’d like a 2021 MUCC Calendar with actual hunting, fishing and trapping season dates.

Since 1937, Michigan United Conservation Clubs has protected your outdoor heritage and rights to hunt, fish and trap. Join us today to become an active part of Michigan’s conservation legacy: http://bit.ly/JoinMUCC.