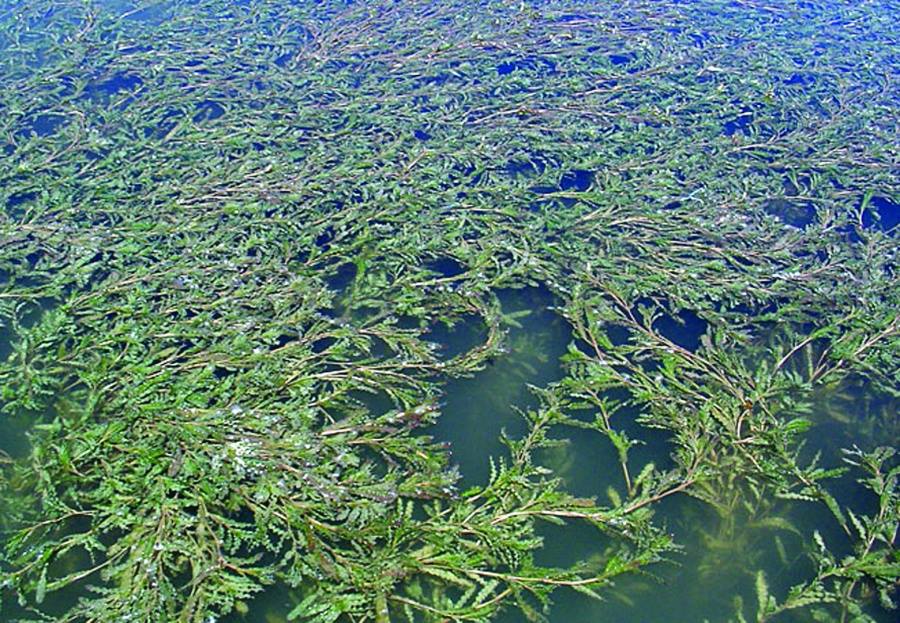 This week’s invasive species that is going to be highlighted is Curly-leaf pondweed. Curly-leaf pondweed originated from Europe, Asia, Africa, and Australia and has spread to most of the US by the late 1970s. The state of Michigan states, “Curly-leafed pondweed is currently found in inland lakes of 34 counties in Michigan, distributed both in the upper and lower peninsulas. It is considered widespread throughout the state and region.”

This species is one of the world’s most widespread aquatic species, it is very resistant and flourishes in most freshwater habitats. According to Minnesota Sea Grant, “It spreads by seeds, rhizomes, turions, and plant pieces that break off and float on water currents. It can spread overland to new waters by clinging to watercraft, trailers, and equipment.” By having this advantage eradicating Curly-leaf pondweeds makes it’s almost impossible. 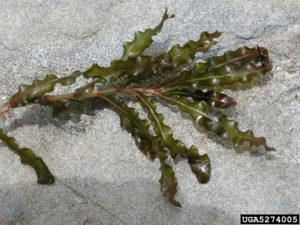 Curly-leaf pondweed functions in low light and colder temperature waters which can make it a good food source in the colder months for fish and waterfowl. While most plants are flourishing in the summer months Curl-leaf pondweed is actually dying off and contributing to a depletion of dissolved oxygen levels this can harm fish and other aquatic species when these species die-off it can lead to eutrophication of that body of water.

The best way to control this invasive species is by being as proactive as possible. The state of Michigan recommends the following actions.

-Build a coalition of local, statewide, and Great Lakes regional partners to monitor for CLP and other aquatic invasive species
-Improve monitoring and enforcement of distribution and sale of CLP among aquaria and horticulture industries (Maki and Galatowitsch 2004)
-Educate aquarium owners on the hazards associated with dumping aquatic tanks into natural bodies of water and the spread of invasive species
-Provide boat washing stations for high-traffic public lake accesses
-Develop and enforce a sustainable water recreation vehicles and trailers inspection program
-Identify and protect high-value, uninfested sites

Although humans cannot restrict how Curly-leaf pondweed is spread through fish, birds and other mammals we can do our part and help prevent this spread.