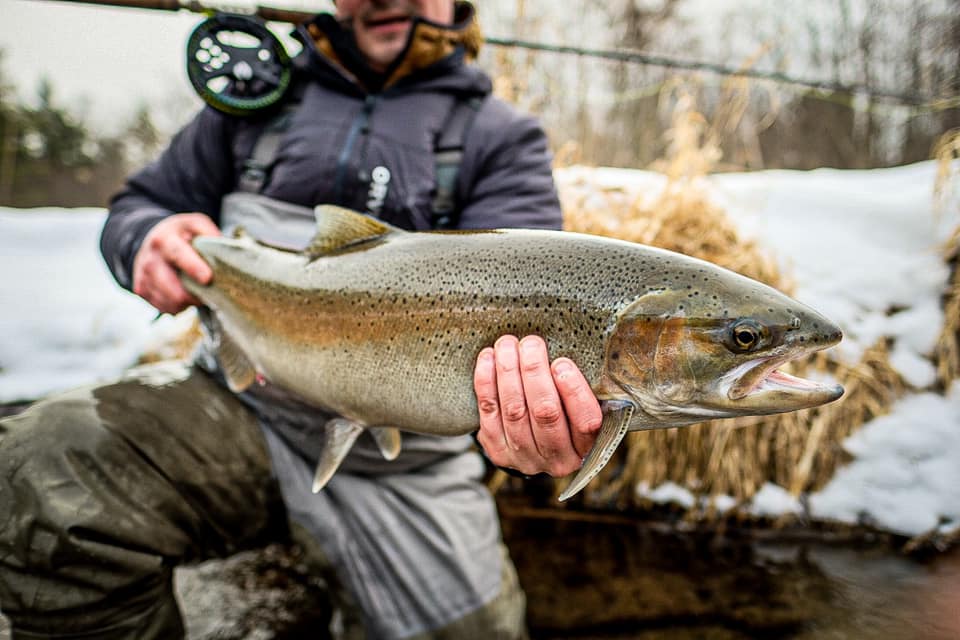 Commissioners met at the Michigan Library and Historical Center, and the meeting was gaveled in at 9 a.m. by NRC Chair Carol Rose. Department of Natural Resources (DNR) Deputy Director Shannon Lott acted on behalf of DNR Director Dan Eichinger at the meeting.

NRC Commissioners voted to pass Fisheries Order 200.22, which had been in front of the commission since July. An amendment to the order, proposed by Commissioner Dave Nyberg, was passed and lowers the steelhead bag limit from three to one on certain reaches of the Manistee, Carp, Pere Marquette, Muskegon, Little Manistee, Big South Branch of the Pere Marquette and the Manistique rivers, and Bear Creek during the traditional spawning period (March 15 to May 15). The regulation will have a five-year sunset.

The MUCC Fisheries Committee sent a letter of concern to the commission regarding this amendment. The DNR Fisheries Division presented on the topic in November (see link below) and recommended not moving forward with the amendment.

DNR biologists said the issue with declining steelhead populations lies in the Great Lakes and is likely due in part to a declining food base, predation and other factors. The department believes this amendment will not increase the population of steelhead, but it will allow for anglers to “recycle” more fish through catch and release practices. Fishing guides comprised the majority of public commenters in favor of this regulation.

“MUCC hopes the NRC and DNR will work swiftly and diligently to communicate this regulation change to the thousands of steelhead anglers who spend their limited time off procuring healthy, lean fish to eat at places like Tippy Dam and the Little Manistee River,” Green said. “This regulation will likely come as a surprise to many anglers, and it will be back in the spotlight when the digests are printed and the spring steelhead run starts.”

The NRC also passed Fisheries Order 206.22 with an amendment from NRC Commissioner Dave Cozad. Cozad’s amendment opens up the lower Saginaw River from Center Road down to the mouth to walleye harvest year-round. This amendment will not take effect until Jan. 1, 2023.

The MUCC Fisheries Committee sent a letter of concern regarding Cozad’s amendment, and the committee thanks the NRC for altering their original amendment to include that the regulation does not take effect immediately. The committee is concerned with two years of declining catch rates and what effect, if any, the dam failures in 2020 had on the fishery.

DNR Deputy Director Lott approved a land-use order to permanently close the North Pioneer Road Shooting Range in Benzie County. The department cited ongoing and consistent safety concerns, including multiple bullets striking domiciles in the area of the proposed closure. One building struck was almost one mile away.

MUCC prioritizes the safety of shooting ranges and shooting areas, and the organization has no formal position on the closure of the North Pioneer Road Shooting Area. However, the closing of public lands and state game areas to recreational shooting has started to trend upward, and MUCC has concerns about the processes used to determine closures.

Recreational shooting is a significant contributor to conservation in Michigan through federal apportionment of Pittman-Robertson funds, Green said.

“Recreational shooters and the excise taxes derived from their activities have proven to be a linchpin in Michigan’s 21st-century conservation movement,” Green said. “The DNR needs to be thorough and transparent when considering range and shooting area closures moving forward, and stakeholders need to be a part of the process.”