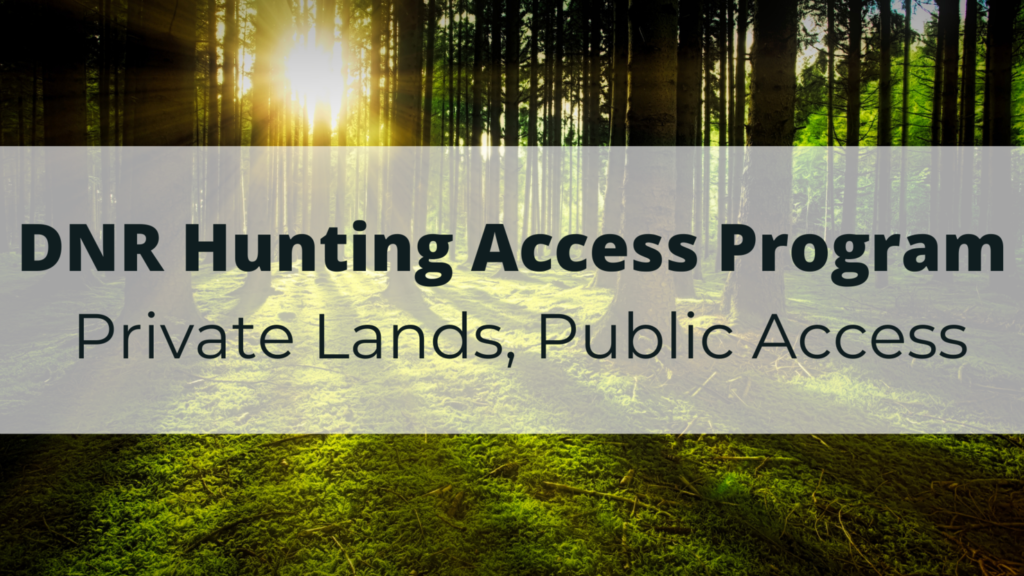 In a June 10 Michigan Department of Natural Resources (DNR) press release, the DNR announced payments are available for private landowners in southern Michigan, the northeast Lower Peninsula and the eastern Upper Peninsula that enroll land in their Hunting Access Program (HAP). Started in 1977, HAP is one of the nation’s longest-running private land, public access programs. By enrolling their lands in HAP, private landowners are able to earn income for allowing controlled hunting access on their property. Currently, land located in areas near urban or suburban regions that have limited public land access will be given priority for enrollment.

Priority for enrollment will be given to lands near urban and suburban areas with limited public access. Enrollment also will focus on:

To enroll in the program, landowners need to have at least 40 acres that contain wildlife habitats like grasslands, forests or wetlands. To learn more about the DNR’s HAP program and to read the most recent press release on the subject please click here.