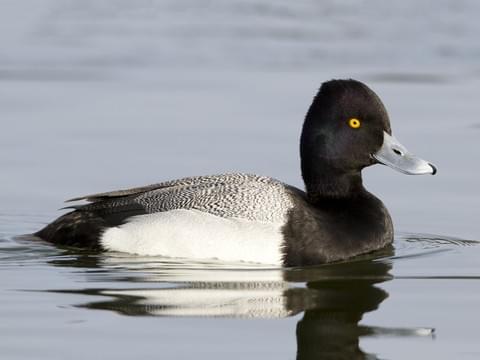 As the governor has not nominated a chair for the NRC, David Nyberg (Skandia) was elected to chair the meeting and be the vice-chair of the NRC moving forward.

Meetings began at 9:00 a.m. with a convening of the NRC Committee of the Whole and a report from MDNR Director Dan Eichinger.

Director Eichinger announced some changes to the spring turkey season that MUCC worked to enact. MDNR put out the following statement at www.michigan.gov/huntlocal:

Due to the executive orders issued in response to COVID-19 in Michigan, we are encouraging hunters to hunt close to home. If you have already purchased and have in your possession a 2020 spring turkey kill tag for an area far from home, you can use this website to receive an authorization number to convert your existing tag into Hunt 0234. Hunt 0234 is a statewide hunting license valid for public and private lands from May 1 – 31, except public lands in Unit ZZ (southern Lower Peninsula). This license is valid to hunt Fort Custer military lands with permission.

The meeting continued with updates from the MDNR Fisheries and Wildlife Division Chiefs. Fisheries Chief Jim Dexter and Interim Wildlife Chief Dan Kennedy briefed the NRC on a number of diverse topics. Dexter updated the NRC on the modernization of the Michigan Fishing Digest and on the fisheries order proposal process, including the incorporation of ecological and social science. Dexter also described changes to Fisheries Order 200.20A which would increase lake trout creel limits in Grand Traverse Bay and Northern Lake Huron. Dr. Lucas Nathan, MDNR Invasive Species Coordinator discussed an invasive species order regarding marbled crayfish.

There were a number of individuals who testified before the NRC on subjects ranging from bovine tuberculosis and deer regulations to trapping and animal rights. Three representatives from MUCC advocated at this meeting on new and old member-passed resolutions. We are here, in the arena, to safely protect the rights of hunters and anglers at every NRC meeting.

The Small Game and Upland Game Bird Regulations Wildlife Conservation Order Amendment No. 5 of 2020 was heard by the commission first. While the NRC did not plan to address small game regulations on the standard five-year cycle, commissioners sought information from MDNR on expanding the use of elevated platforms. The order states that the majority of stakeholder interest focused on the use of small caliber firearms for the take of rabbits and squirrels. This item was reflected in a 2019 MUCC member-passed resolution and we strongly support this initiative.

This item may not be adopted by the NRC unless brought up for action at the May meeting.

NRC members took action on a number of orders at this meeting, carrying over from both February and March.

The NRC first brought forward Fisheries Order 200.20A, which regulates the statewide harvest of trout, salmon, whitefish, cisco, grayling and smelt. This month, the NRC ruled on changes regarding lake trout and splake in management units MM-4 (Grand Traverse Bay) and MH-1 (Northern Lake Huron). This order increased the bag limits for these species in MM-4 from one to two fish and from two to three fish in MH-1, thereby unifying the creel limit in Lake Huron to three fish lake-wide. This order returns creel limits to those set in 2018 which, at the time, caused the state to exceed a harvest quota set by the 2000 Consent Decree, which outlines regulations between state and tribal anglers. Based on surveys of the resource and given updated harvest quotas, MDNR fisheries biologists determined the recreational fishery can support creel limits of two and three fish, respectively. These changes were passed unanimously by the commission.

Commissioners then took action on the furbearer regulations included in Wildlife Conservation Order Amendment No. 1 of 2020. This increased the otter bag limit by one tag in each otter management unit and will allow trappers to harvest up to four otters total in coming seasons. This order will also extend the spring beaver trapping seasons through the end of April (starting in the 2020-2021 trapping season) and would permit trappers to keep mink that are incidentally trapped in muskrat colony traps. Further, this order allows for the hunting of predators like foxes and coyotes from elevated platforms, and adds pneumatic air guns as legal methods of take for the nighttime hunting of raccoon, opossum, fox and coyote.

Commissioner John Walters (Vanderbilt) moved to amend the order to add raccoon and opossum to the list of predators that could be hunted from elevated platforms. Commissioner Walters also moved to amend the order to add bobcat to the list of species that can be taken during daylight hours from an elevated platform. Both of these amendments were adopted unanimously by the NRC. These provisions received support from MUCC members in resolutions passed through our grassroots policy process and we greatly appreciate the leadership of Commissioner Walters in moving these new regulations forward.

The order passed by a margin of 4-1 with Commissioner Tracy (Richland) voting no. Commissioner Tracy expressed some concerns regarding the processes of commission proceedings, especially in communicating the best available science and expressing this in the official record.

The NRC also ruled on Wildlife Conservation Order Amendment No. 2 of 2020 , which regulates the use of electronic trap monitors for wildlife damage and nuisance animal control businesses. Again, this order passed by a margin of 4-1 with Commissioner Tracy voting “no: with similar concerns regarding process.

Next, commissioners will take up Wildlife Conservation Order Amendment No. 3 of 2020, which deals with regulations for the 2020 and 2021 elk hunts. Elk management in Michigan is conducted on a two-year regulation cycle and this order falls within the standard rotation. MDNR staff biologists recommended a shift in the elk management unit (EMU) boundaries in the Northern Lower Peninsula, as well as an increase in tags during the second hunt period. These changes will better meet the state’s management goals for the elk herd, while minimizing conflicts with landowners in the area. This means that there will be 60 more elk tags available in 2020 and 2021 than in 2019. Nearly 37,000 hunters applied for elk tags last season.

This order passed the commission unanimously and will be implemented in the fall of 2020. Commissioner Tracy noted that he appreciated the process given to this order (as well as WCO Amendment No. 4 of 2020) and hopes that the NRC will continue in this manner moving forward so all members have a comprehensive understanding of the science of the issues.

Further, the NRC commissioners acted on Wildlife Conservation Order Amendment No. 4 of 2020, which determines hunting seasons for migratory game birds. Every year, the U.S. Fish & Wildlife Service provides a flyway-wide framework of regulations that might be set by individual states, with the advice of the Citizen Waterfowl Advisory Council and after reviewing waterfowl hunter surveys. This order provides for a reduction in the scaup bag limit from three to two and continuation of the September teal season. The NRC also voted to move the boundaries of waterfowl hunting zones, which is intended to offer hunters on Saginaw Bay more ice-free days. Proposed zone changes were the subject of a public survey in late 2019.

This order was passed unanimously.

Director Eichinger ruled to postpone an invasive species order regarding the marbled crayfish until the May NRC meeting. More information on this order can be found here.

There were also a number of land transactions before the director this month, including sales in Oscoda, Antrim and Oakland counties. These parcels of land for sale are minor in size and will not affect any public hunting opportunity. A full list of transactions can be found on the agenda here. The director planned to approve all of the orders, except for the acquisition of the Goren Tract in Oakland county.

The director also commented on the commitment of MDNR to maintaining public safety, while also doing the best that they can to provide optimal conditions for recreation. He urged the NRC and the public to follow the orders as closely as possible and dampen intrastate travel.

The NRC adjourned at 12:23pm and is scheduled to meet May 14 with, likely, the same online format. MUCC will continue to keep you informed on any changes to the format or function of this meeting.