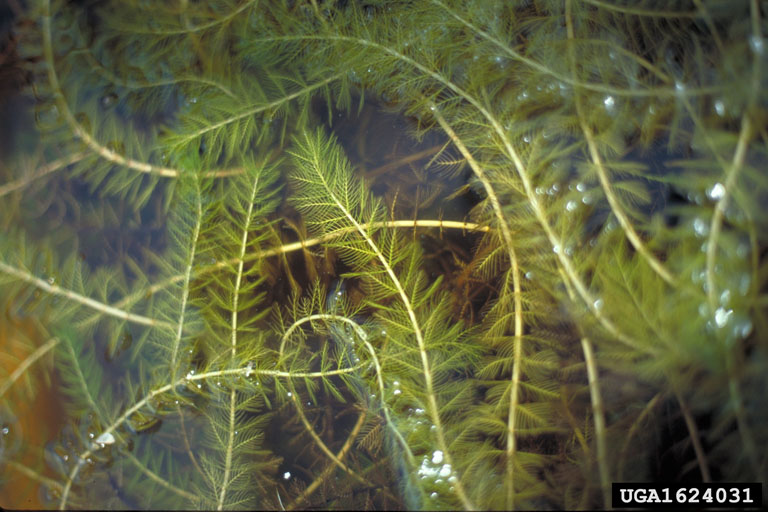 One of the most known aquatic invasive species Eurasian Watermilfoil is present in almost every state in the US. It was discovered in the states in the 1940s and has been spreading ever since.

According to the Michigan Invasive Species,  “Eurasian watermilfoil inhabits water bodies ranging from fresh to brackish. Areas that have been disturbed are prime habitats for this species. Eurasian watermilfoil is very resistant and can overwinter in frozen lakes and ponds in the northern U.S. or survive over-heated bays in southern states.”(MIS)

Eurasian Watermilfoil is originally from North Africa, Europe, and Asia, NOAA states ” Eurasian Watermilfoil was probably intentionally introduced to the United States, and its dispersal has been linked to the aquarium and nursery trades. In 1942, it was first documented in a Washington, DC pond. The long-distance spread of Eurasian watermilfoil occurred as the species was planted into lakes and streams across the country. While the outward growth of horizontal stems from established plants expands local colonies, stem fragments are important to the colonization of new habitats. Motorboat traffic helps create fragments and distributes them within a lake or river. Transport on boating equipment plays the largest role in introducing fragments to new water bodies.” (NOAA)

Eurasian Watermilfoil can be identified by emergent, herbaceous aquatic plants with stems that are whitish-pink to reddish-brown. Eurasian Watermilfoil leaves are greyish-green with finely divided pairs of leaflets that are ½-2 inches long, gives the plant a feathery appearance
because the leaves are arranged in whorls of 3-6. It also flowers yellow or reddish flowers with 4 parts on a projected spike sitting 2-4 inches above the water and can grow usually 3-10 feet tall with a maximum of 33 feet.

The reason why Eurasian Watermilfoil grows in dense mats impeding light from reaching native aquatic plants, it can also choke out native plants by creating monocultures. These monocultures also hinder fish movement limiting their habitat and migration, Eurasian Watermilfoil is also not a sustainable food source for fish to survive off of.  It also obstructs water recreation like fishing and water skiing.

Posted in Invasive Species, On The Water and tagged consumers energy foundation planet grant, on the water, OTW
← Happy Thanksgiving from the OTG ProgramA Farewell to Your Huron Pines AmeriCorps Member and a Hello to Your New MUCC Club Administrator →