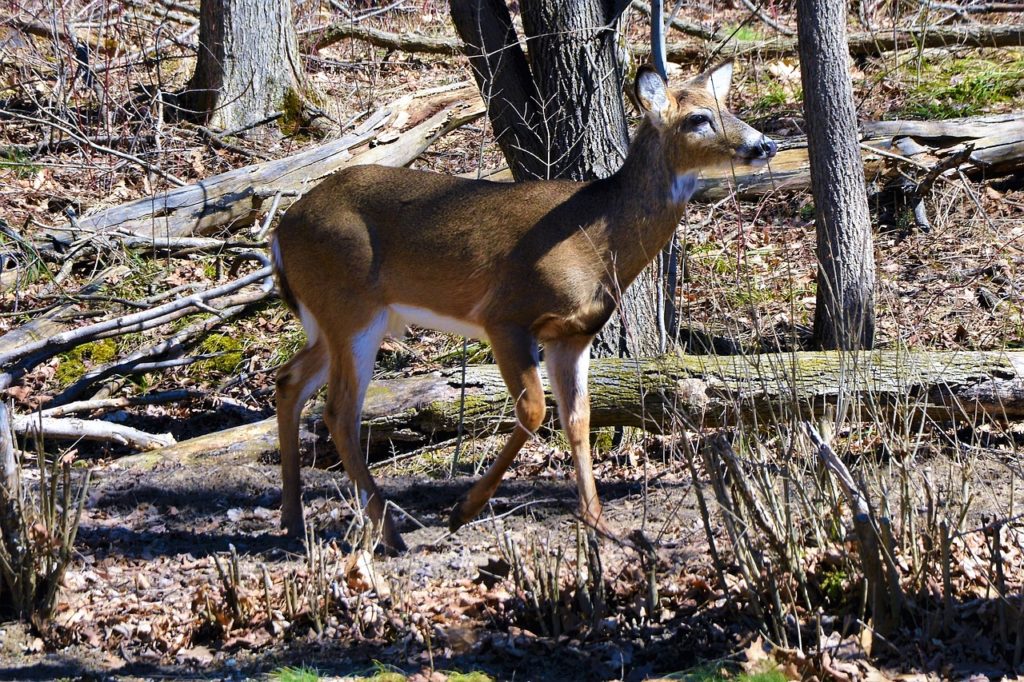 Antibodies from the virus responsible for COVID-19 have been found in free-ranging white-tailed deer from Michigan, Illinois, New York and Pennsylvania, a new study shows.

The U.S. Department of Agriculture’s Animal and Plant Health Inspection Service (APHIS) released details of the study Wednesday after sampling 481 free-ranging white-tailed deer from January 2020 through 2021. About one-third of the samples returned positive SARS-CoV-2 antibody tests. The study was designed to determine exposure, not spread, among the deer population.

The study has not been published or undergone peer review; however, the results are being prepared for the process, said Tom DeLiberto, assistant director with APHIS.

DeLiberto said that the study has left more questions than answers at this point – what we know is that deer in Michigan have been exposed to the virus. However, in order for future best practices to be created, the study was the first step in the process, he said.

“The finding that wild white-tailed deer have been exposed to SARS-CoV-2 is not unexpected given that white-tailed deer are susceptible to the virus, are abundant in the United States, often come into close contact with people and that more than 114 million Americans are estimated to have been infected with COVID-19,” according to the release from APHIS.

DeLiberto said there were several purposes of the study: learn if more work needs to be done regarding white-tailed deer and SARS-CoV-2, understand how transmission is happening and how deer are circulating the disease.

APHIS has earmarked money from federal COVID spending that will be used to test, monitor and study species susceptible to SARS-CoV-2.

In a communication to DNR employees Wednesday morning, director Daniel Eichinger said, “The DNR will review the full findings of this study once it is published. Based on our preliminary understanding, we see no immediate need to adjust deer management practices in Michigan, outside of reminding hunters and the general public to observe safe handling and cooking protocols for venison and other wild game as recommended by the Centers for Disease Control and Prevention.”

About 60 percent of Michigan deer included in the study tested positive for the antibodies. Illinois, Pennsylvania and New York were at seven, 34 and 18 percent, respectively. In Michigan, 113 samples were collected. Pennsylvania, New York and Illinois had 199, 58 and 101 samples collected, respectively.

MUCC Executive Director Amy Trotter said wildlife disease is an issue of particular importance to her membership, but details from this study are still too limited to try and formulate an action plan with.

“There are more questions than answers at this point. We need to be patient and allow the agency processes and review to play out before we make any knee-jerk reactions based on these initial findings,” Trotter said. “The Michigan DNR has long-term experience with wildlife diseases, and MUCC will continue to ensure that the public is fully informed as the DNR gathers information, evaluates it and formulates recommendations based on the best available science.”

Currently, there is no test available to the general public for testing deer with SARS-CoV-2 in Michigan.