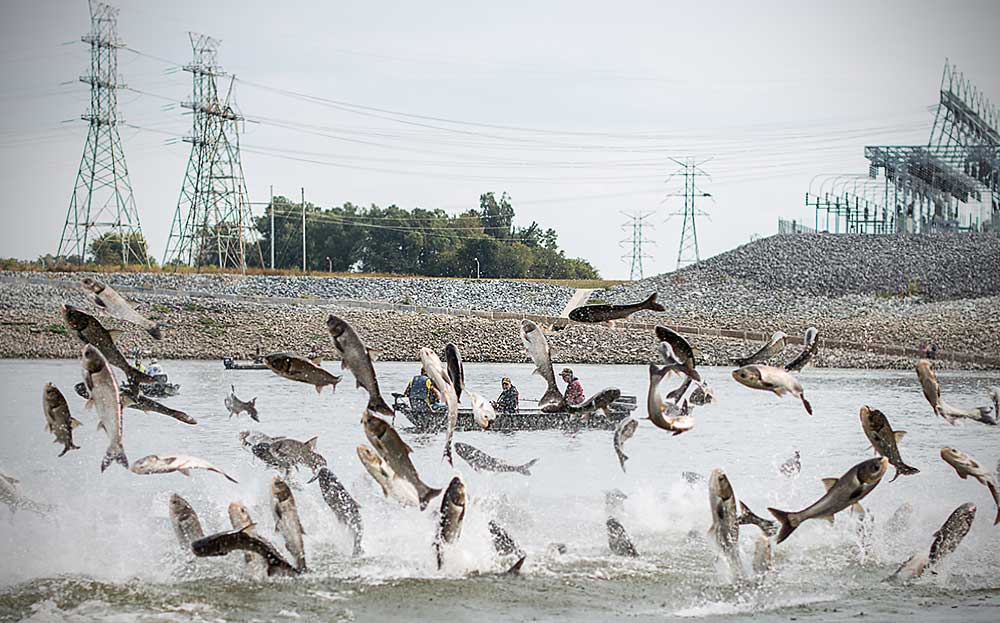 In March 2020 amid COVID-19 budget constraints, Gov. Whitmer line-item vetoed the $8 million that was earmarked as Michigan’s contribution for the preconstruction, engineering and design (PED) phase of the Brandon Road project. Early last week, several conservation organizations signed onto a letter urging Michigan legislators to reappropriate the money to prevent the spread of Asian carp.

In May of 2019, the U.S. Army Corps of Engineers (Corps) sent Congress a final plan that would rebuild the Brandon Road Lock and Dam in Illinois to prevent the introduction of invasive Asian carp into the Great Lakes. Both the U.S. House and Senate have included authorization of the Brandon Road project in two bills moving through Congress — H.R.7575 and S.3591.

For the project to begin, however, a PED agreement is required to be signed by the state of Illinois and the Corps. Illinois is the non-federal sponsor of the Brandon Road project. The non-federal cost-share for the PED is $10 million, of which Michigan had previously pledged $8 million to aid in funding.

As part of a larger spending bill to allocate federal unemployment funds and flood mitigation and response from recent Midland dam failures, SB 745 passed the Michigan House of Representatives on September 1 and the Michigan Senate on September 2 before landing on the governor’s desk.

“In today’s political climate, there are few things that we can rally bipartisan legislative support for,” Trotter said. “Invasive Asian carp is one of those issues. Lawmakers have realized the value of Michigan’s sport fishery and Great Lakes ecosystem, and we applaud their work to get this money back on the table and thank Governor Whitmer for acting swiftly to approve it.”

Recreational angling supports a $2.3 billion investment in Michigan’s economy annually, according to a study conducted by Michigan State University commissioned by Michigan United Conservation Clubs. These economic benefits, along with the important ecosystems of the Great Lakes region, are at stake should invasive Asian carp enter our waterways.