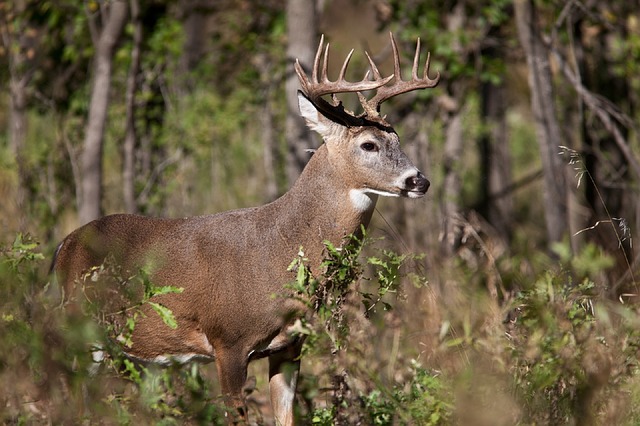 MUCC and conservation organizations throughout the state and country commend Gov. Whitmer for vetoing HB 4687 — a bill that would allow the baiting of white-tailed deer — earlier today.

Since 2007, Michigan United Conservation Clubs has been opposed to baiting and recreational feeding of cervids due to the concerns with it as a vector in disease transmission. The organization does not oppose baiting on ethical grounds, and MUCC supports it as a legal method of take for species such as bear where no disease risk has been found.

In August of 2018, the Natural Resources Commission (NRC) approved the order banning baiting in the entire Lower Peninsula and in the CWD Core Zone of the Upper Peninsula. The NRC was provided, through legislative referendum (Proposal G) in 1996, the authority to determine the manner and method of take of game using sound science.

The recommendation by both the Michigan Department of Natural Resources (MDNR) and NRC to end baiting was formed using more than 160 scientific studies, a technical report published by the Association of Fish and Wildlife Agencies and the recommendation of Michigan’s CWD Working Group.

Rep. Michele Hoitenga (R-Manton) introduced House Bill 4687, which would have overturned the decision of the Natural Resources Commission, in June 2019. HB 4687 is a direct contradiction of Proposal G and the 68 percent of Michigan voters who favored Proposal G. Supporters in the Michigan House of Representatives and Michigan Senate cited social and economic factors as reasons for the passage, yet provided no peer-reviewed, scientific studies contradictory to the voluminous body of science relied upon by the NRC in its decision to protect Michigan’s deer herd from CWD through a ban on baiting.

MUCC commends Gov. Whitmer and her willingness to support the process by which game laws are determined in Michigan, said MUCC Executive Director Amy Trotter.

“HB 4687 is an affront to hunters, anglers and conservationists who have worked so hard for decades to ensure that sound science dictates the management of our natural resources, not politics,” Trotter said. “We applaud the governor in her decision and look forward to getting back to work on the real issues facing conservation and Michigan’s outdoor heritage.”

As provided in the Michigan Constitution, the veto can be overturned by a two-thirds vote in both the Michigan House of Representatives and the Michigan Senate. The legislature has until the end of 2020 if they wish to overturn the governor’s veto.