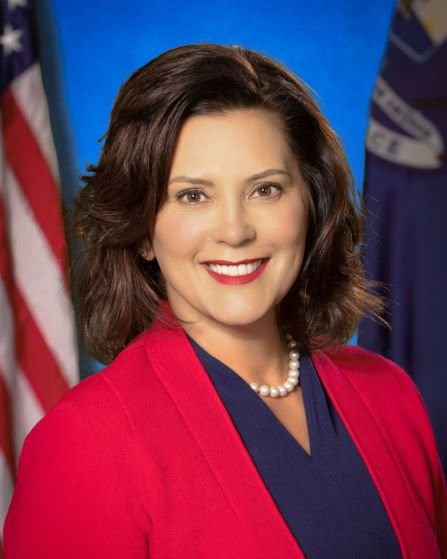 Gov. Gretchen Whitmer gave her first State of the State address from inside the Michigan House Chamber beside Lt. Gov. Garlin Gilchrist II, Senate Majority Leader Mike Shirkey, R-Clarklake and Speaker of the House Lee Chatfield, R-Levering. She started off her address by thanking those that have kept Michiganders safe during the dangerous weather conditions the past few weeks and those that continue to keep us safe everyday.

A recognition to the late John Dingell Jr. was made by Gov. Whitmer thanking him for his service in World War II and serving in congress for 59 years. Whitmer referenced a quote from Dingell that all michiganders should know: “You don’t have to be mean to be strong.” Dingell Jr. passed away at the age of 92 on Feb. 7th. He is hailed as a champion of conservation that helped to rewrite parts of the Clean Air and Water Act, as well as several other environmental policies.

Former Rep. Dingell Jr. was a friend to MUCC and conservationists. Throughout his decades of service, he continually worked with the organization to help defend clean water, air, land and our wildlife.

The framework for Whitmer’s speech was built on two of her campaign promises: The crumbling infrastructure in our state and leadership that has failed our educators and, in turn, the future generations of our state.

In a reporter roundtable on Wednesday, House Speaker Chatfield and Senate Majority Leader Shirkey both said they agreed with Gov. Whitmer’s priorities but questioned the route she would use to accomplish them. Both republicans said they are optimistic about “leaving their parties at the door,” said Chatfield, when they being negotiations on issues.

The American Society of Civil Engineers gave Michigan a D+ for infrastructure on their 2018 report card, with a D- regarding the condition of the roads. Whitmer’s speech honed in on the degradation of Michigan’s roads and urges citizens to raise awareness by posting about the state of our roads using the hashtag “#FTDR.”

Whitmer took a strong stance on previously-held campaign issues but didn’t offer much in terms of how the issues would be addressed.

On the environmental side, Whitmer addressed the issue of PFAs threatening water sources in more than 70 communities across the state and climate change.

A key note in the speech was the governor’s notion of vetoing any bill that denies the public the ability to pass a referendum. She said that she “will veto bills designed to cut out the public’s right of referendum.” There are 26 other states that permit state referendums.