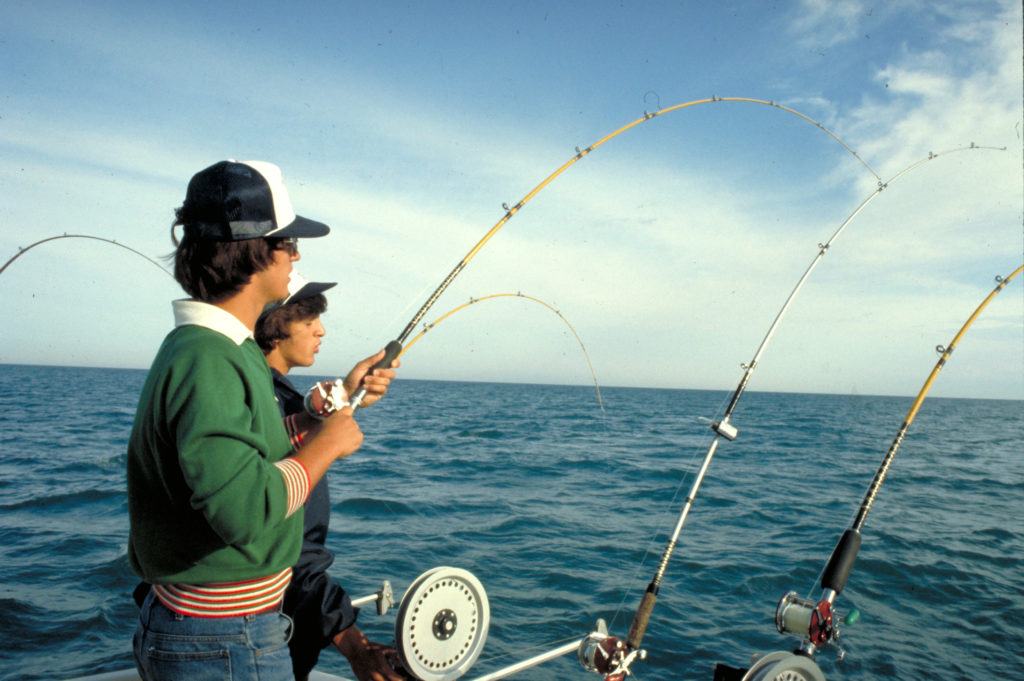 This is the first in a series of updates to let those interested in the sport and commercial fisheries of the Great Lakes know what is happening in the negotiation of a new agreement between the State of Michigan, the federal government and the five Michigan tribes holding a treaty right to fish within the Treaty of 1836 portion of the Great Lakes. Please note that the previous legislation MUCC and its partners have been working on related to the state-licensed commercial fisheries is separate and does not govern the sovereign tribal nations.

Many are aware of the effects of the Treaty of 1836 and the right it grants to five Michigan Tribes to fish in the Great Lakes. For the uninitiated, though, this first update will give you a very brief background on how we got to where we are today. This background will be brief because the issues we currently face have been around for more than 50 years and books have been written that tell the history of the current issues.

Today, several facts are established regarding tribal fishing in the Great Lakes: For almost 40 years, the law has been established that the five Michigan tribes have a treaty right to fish commercially in the waters of the Great Lakes with whatever gear they wish. The treaty waters range from Grand Haven north in Lake Michigan, from roughly Alpena north in Lake Huron and from roughly Munising east in Lake Superior.

However, the tribes’ right to fish is not unlimited. At a minimum, conservation needs limit tribal fishing activity. In addition, since 1985, there have been two agreements between the State of Michigan, the federal government and the five tribes that set forth limits on all users of the lakes, including limitations on the amount of catch, the kinds of fishing gear and the areas where particular gear can be used.

These agreements also provide for communication between the parties on a regular basis, coordination of law enforcement and the exchange of information. The first agreement was negotiated and became effective in 1985. It had a 15-year term. The second became effective in 2000 and had a 20-year term. The second agreement has been extended by a federal court to June 30, 2021 while the parties try to negotiate a new agreement.

No one can deny that the fishery resources in the Great Lakes have been changing in the past few years. These changes have many possible causes, but the fact is that the Great Lakes’ fishery stocks are not what they were 10 years ago.

Against this background, the parties have been in negotiations toward a new agreement to share the fishery since last September. Due to the pandemic, however, those negotiations have been conducted via Zoom and phone conversations. This has greatly affected the effectiveness of what negotiations we have had.

You should also be aware that all parties, including the Coalition to Protect Michigan Resources, have agreed to not “disclose any proposal, response to a proposal, or the substance of any discussion [among the Parties] ….” Thus, we are somewhat limited in what we can share publicly.

Though we cannot discuss the parties’ discussions or proposals, a look at the agreement that has governed the relationship of state-licensed and tribal fishers for the last 20 years can give you a good idea of the things that are now an issue. Those include agreements on the areas of the Great Lakes where gill nets and trap nets can be fished by the tribes, the species of fish that may be commercially targeted and the limits on the catch of various species such as whitefish, salmon, lake trout and walleye, among others.

A review of the table of contents of the ‘2000 Consent Decree’ gives an outline of the issues and complexity of the fishery and the treaty right. The full agreement and other resources can be found at http://protectmiresources.com/brief-history/.

NEXT: In our next update, issues facing the fishery and the negotiators as they try to reach a new agreement on fishing by tribal and state-licensed fishers will be discussed.

This update is presented by the Coalition to Protect Michigan Resources (CPRM), an association of sportfishing and natural resource organizations that is participating in the negotiations. MUCC is a voting member of CPRM and contributes to the legal expenses. Please consider supporting this effort by donating to our Legal Fund by clicking here.