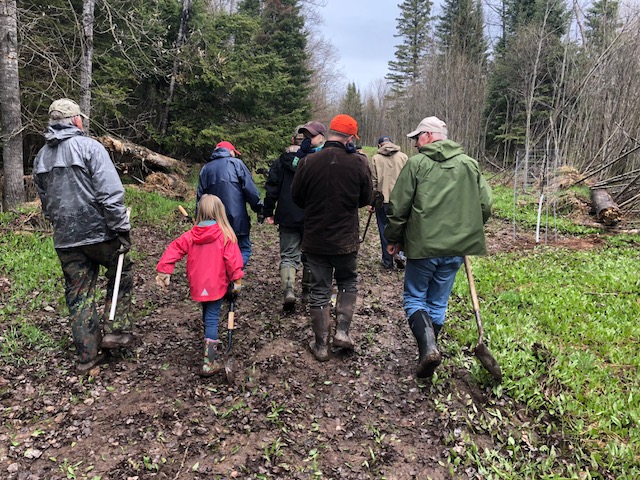 After propagating several absurd claims – including a Michigan wolf hunt is “scientifically unsupportable” and would cause “social chaos” in pack structures – Tamulevich aimed her sights at Michigan United Conservation Clubs (MUCC).

Tamulevich also implied that hunters and anglers are not conservationists during her testimony. Her comments and implications highlight a gross misunderstanding of what conservation is and means, Trotter said.

“After having worked for more than a decade in the conservation arena, it is clear that anti-hunting organizations are becoming more clever with their messaging and more disconnected from reality,” Trotter said. “Once they figure out the facts aren’t on their side, they quickly turn to emotional pleas and use terms that evoke strong negative connotations.”

Tamulevich went as far as to note what she believes to be strong “conservation” organizations, including the Detroit Zoo and Audubon Society – both of which share anti-hunting sentiments and have helped funnel countless dollars into Michigan to fight against hunting and trapping.

Audubon Society and the Detroit Zoo were active strategists and visible supporters of the “Keep Michigan Wolves Protected” ballot committee in 2014 that fought against the state’s management of wolves and MUCC’s advocacy to establish a durable delisting for the species.

Help MUCC fight these blatant attacks on Michigan’s outdoor heritage by joining the organization today and becoming the voice for the next generation of conservation stewards. Use the code WOLF to receive 25 percent off when you join.

The North American Model of Wildlife Conservation is recognized internationally as one of the world’s foremost frameworks for conserving and managing wildlife –  with hunters and anglers bearing the majority of the cost. The Model is hallmarked by the use of sound science in setting policy regarding wildlife management, and it is often credited with saving some of North America’s most iconic species from the brink of extinction.

Set in opposition to European models of management, the tenets of the North American Model democratize wildlife and codify all species as public resources to be managed for the collective benefit of all citizens. The Model was operationalized through policies like the Pittman-Robertson Federal Aid in Wildlife Restoration Act, which contributes more than $1.1 billion into conservation programming annually. These funds, generated through excise taxes on firearms, ammunition and archery equipment, are then matched by the sale of hunting and fishing licenses.

The vast majority of the Michigan Department of Natural Resource’s (DNR) revenue for all wildlife conservation – impacting species like white-tailed deer and wood ducks to karner blue butterflies and gray wolves – is generated through these funding mechanisms.

HSUS claims “94% of wildlife conservation funding is unrelated to hunting of any type.” However, this is not supported by state-legislative appropriations data and is patently false here in Michigan.

Michigan hunters directly contribute more than $40 million annually through license sales, which is leveraged with federal and non-profit funding from a variety of hunter-led organizations, to manage and improve wildlife habitats benefitting all species – game and nongame. In fiscal year 2017,  the non-hunter-generated, nongame-related revenues totaled about $285,000 – a drop in the bucket compared to hunter-generated conservation revenues.

In line with the tenets of the Model, Michigan has convened a wolf management advisory council to examine the best available science on the matter and to update the state’s wolf management plan. This group includes members of six legislatively-prescribed stakeholder groups.

Since 1937, MUCC has united citizens to conserve, protect and enhance Michigan’s natural resources and outdoor heritage. As a grassroots, member-driven organization, conservationists from across the state submit and help develop MUCC policy at the state and federal level. You can join the organization by clicking here. Use the code WOLF to receive 25 percent off when you join today.

Never mind the laundry list of conservation achievements like the bottle deposit law of 1976 or the implementation of the Michigan Natural Resources Trust Fund that MUCC has helped to accomplish, the organization’s most meaningful work in the conservation arena has shaped and continues to shape the processes by which sound scientific management decisions are made.

In 1996, MUCC was an integral part in helping to pass the Michigan Wildlife Management Referendum (Proposal G). Passing with almost 70 percent of the vote, the referendum granted the NRC the exclusive authority to regulate the taking of game in Michigan. It also requires the commission “to the greatest extent practicable, to use the principles of sound scientific management in making decisions regarding the taking of game.”

In 2014, MUCC helped champion the Scientific Fish and Wildlife Conservation Act across the finish line. This statute further reaffirmed the NRC’s duty to implement sound scientific management and is the catalyst for the wolf management debate currently happening.

MUCC has consistently worked to insulate the appointment of the DNR director from the politics of the day. For nearly 90 years (until 2010), the appointment of the DNR director was under the purview of the NRC – a bipartisan body with a commitment to working with biologists and stakeholders. The organization’s stance, similar to one of MUCC’s founding principles in 1937, is to keep politics out of the management of our natural resources.

In 2019, MUCC members passed a resolution calling for staff to advocate for implementation of criteria for NRC commissioners. This criteria includes appointing members from multiple areas of the state, those with a background in fisheries and wildlife conservation and those with varying recreational experiences.

MUCC also operates Michigan Out-of-Doors Youth Camp each summer. Since 1946, more than 58,000 young conservationists have attended the MUCC camp and seen their first star, paddled their first canoe, shot their first .22 rifle, and learned about water ecology and the importance of hunting, fishing and trapping to the conservation movement.

There is no better time than now to become an active part of conservation in Michigan. NRC commissioners want to hear your voice and your opinions on wildlife and natural resources issues that matter to you.

Please visit the NRC’s website regularly to view upcoming agendas and past meeting minutes. Meetings are held virtually the second Thursday of each month. If you are an MUCC member and have interest in learning more about NRC processes and how to form effective testimony, please email MUCC Policy Coordinator Ian FitzGerald at ifitzgerald@mucc.org.

Since 1937, MUCC has united citizens to conserve, protect and enhance Michigan’s natural resources and outdoor heritage – and we do so from Lansing to Washington D.C. Please join us today: http://bit.ly/JoinMUCC. Use the code WOLF to receive 25 percent off when you join.