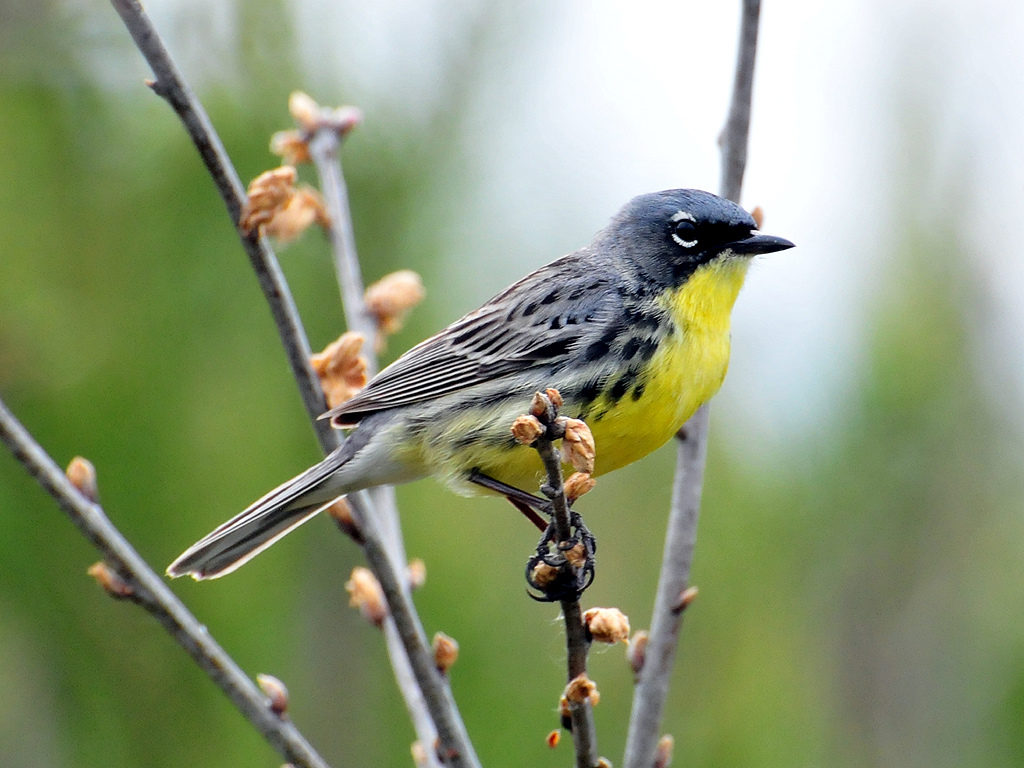 According to a December 6, 2021, press release from the Michigan Department of Natural Resources (DNR), the Kirtland’s warbler will be the next wildlife species celebrated on the wildlife habitat license plate offered by the State of Michigan. Read the full press release HERE. 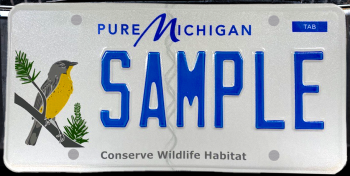 A sample of the 2022 wildlife habitat conservation specialty license plate that will be available for purchase starting in January of 2022. Photo credit: Michigan DNR

Starting in January of 2022, those interested can purchase an updated plate featuring the Kirtland’s warbler for $35. As with all wildlife habitat license plates, $25 of the purchase is deposited in the Nongame Fish and Wildlife Trust Fund.

This fund was created in 1983 to support the health and sustainability of all nongame species in Michigan (especially those listed as threatened and endangered) and associated habitats and educational efforts. This fund has played a key role in successful conservation efforts that have helped once-declining wildlife species such as peregrine falcons, trumpeter swans, and lake sturgeon recover and even thrive in Michigan.

The Kirtland’s warbler is a fitting addition to the DNR’s wildlife habitat license plate after its successful recovery and recent removal from the Endangered Species List. This species has benefited greatly from funds generated from the Nongame Fish and Wildlife Trust Fund and highlights the power of partnership in conservation efforts. As a species that nests only in young jack pine forests located in Michigan, Wisconsin, and Ontario, much of their natural habitat was lost as fires were repressed and residential development occurred. The Michigan DNR, U.S. Fish and Wildlife Service, U.S. Forest Service, and countless other partners have played a leading role in the successful recovery of the Kirtland’s warbler through dedicated habitat management efforts within their core breeding area and beyond.

In a December 6, 2021, DNR press release, DNR Wildlife Division Chief Jared Duquette commented on the iconic songbird being featured on the specialty license plate in 2022. “The successful recovery of the Kirtland’s warbler is reason to celebrate,” said Duquette, “We hope highlighting the Kirtland’s warbler will encourage continued funding for conservation efforts of Michigan’s threatened and endangered species.”