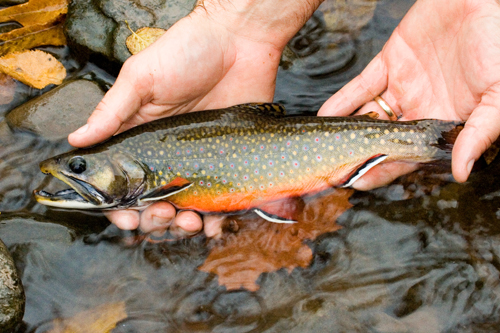 The February NRC meeting took place on Feb. 13 at the Lansing Community College. A recording of the meeting can be found at the MUCC Facebook page. A full agenda for the day can be found here.

At 11 a.m., the NRC Policy Committee on Wildlife and Fisheries convened to receive an update from the DNR chiefs of wildlife and fisheries. Interim Wildlife Division Chief Dan Kennedy gave an update on the division, especially regarding CWD disease management permits issued thus far this year. Kennedy was joined by state furbearer specialist Adam Bump to brief the commission on furbearer regulation updates contained within Wildlife Conservation Order No. 1 of 2020.

The commission of the whole convened at 1:00 p.m. and began with a briefing from DNR Director Dan Eichinger.

Commissioners also heard from members of the public on issues ranging from bear hunting conflicts and deer baiting to lead ammunition and platform hunting. A number of anti-hunting individuals and organizations also testified against predator-killing contests in Michigan.

Commissioners heard from DNR staff on two distinct orders at this meeting: one relating to furbearer harvest regulations and another regarding electronic trap monitoring devices for use in nuisance wildlife issues.

Furbearer regulations are included in Wildlife Conservation Order Amendment No. 1 of 2020. If this order passes in March, it would increase the otter bag limit by one in each otter management unit, allowing individuals to harvest up to four otters total. The order would also extend spring beaver trapping seasons through the end of April and would allow trappers to keep incidentally captured mink trapped in muskrat colony traps. Further, this order would allow the nighttime hunting of foxes and coyotes from elevated platforms and add pneumatic guns as legal methods of take for the nighttime hunting of raccoon, opossum, fox and coyote. Both of these provisions are supported by MUCC member-passed resolutions. A number of other elements have been included to add clarity to trapping regulations in the coming years.

Commissioners were also briefed on Wildlife Conservation Order Amendment No. 2 of 2020 regulating the use of electronic trap monitors for wildlife damage and nuisance animal control businesses.

These orders may appear for action before the NRC as soon as next month.

At this meeting, the NRC ruled on Fisheries Order 206.20A to create special fishing regulations for bluegill anglers on Walled Lake. This order will make the lake catch-and-release only, similar to adjacent lakes within the Pigeon River Country State Forest.

This month, DNR Director Eichinger provided an update on the implementation of an Act regarding forest road inventory and declared Monday, Feb. 17th a “free fishing day.”

There were also a number of land transaction orders before Eichinger in Iron and Roscommon counties. These can be found in the meeting agenda here.

In addition to their normal business, the NRC also revisited Fisheries Order 200.20A – a contentious order regarding brook trout bag limits in 33 U.P. streams.

Last week, the NRC announced a new lawsuit (an administrative appeal) brought forward by former NRC Commissioners J.R. Richardson and John Madigan regarding the reinstatement of the 5-brook-trout limit.

“I’d like to stop getting sued every month,” said NRC Commissioner Chris Tracy before asking for a meeting between the Attorney General’s office and the legal counsel for Trout Unlimited and two former commissioners.

During this meeting, NRC Commissioner Tracy and NRC Chair Heartwell expressed concerns over the processes of this body in integrating science into the business of the commission and the official minutes and record-taking. Commissioners referenced two recent lawsuits regarding Fisheries Order 200.20A filed by Trout Unlimited and two former commissioners, respectively, in this discussion.