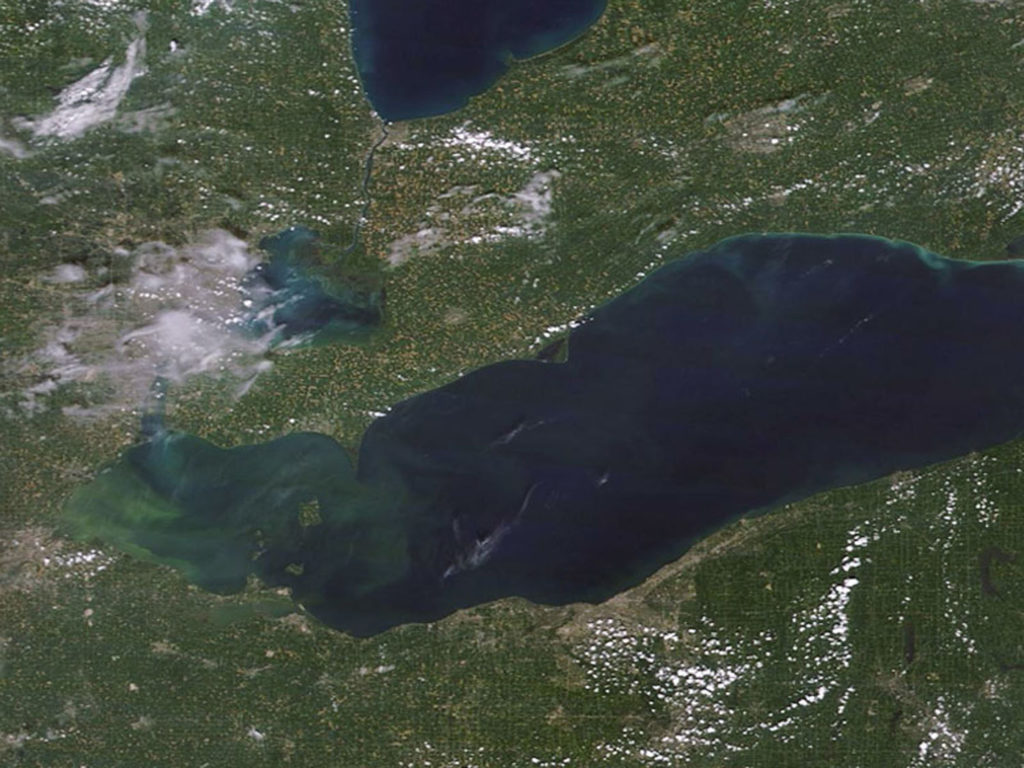 “The state of Michigan has taken a critical step in proposing new requirements to prevent confined animal feeding operations from causing environmental harm,” said Gail Hesse, director, Great Lakes water program, for the National Wildlife Federation.  “However, we ask that Michigan do more to protect the health of our communities, by preventing animal waste from running off of farm fields and polluting our drinking water. The state can and should do more to bolster protections to protect our drinking water, environment, and economy.”

Michigan United Conservation Clubs (MUCC), the Michigan affiliate for NWF, passed a 2013 member-driven resolution advocating for education and cooperation between all jurisdictions involved and that best management practices be implemented to reduce nutrient discharge from point and nonpoint sources into the waters of the Lake Erie watershed.

“Algal blooms extend much further than unsightly sludge and ‘do not swim’ advisories,” said Amy Trotter, MUCC executive director. “Blooms are harmful to the aquatic ecosystem and cause a negative perception of the fishery, which can impact charter boat trips, sport anglers, tourism and recreationists — all economic drivers for the region.”

In their comments, the National Wildlife Federation and Michigan United Conservation Clubs wrote: “Michigan’s draft permit is a step in the right direction, but should be strengthened to ensure that animal waste does not pollute the state’s waters. We encourage the state to incorporate common-sense solutions into the permit to strengthen protections for the water we all depend on.”

The state of Michigan is taking comments on its draft permit to deal with animal waste from large-scale livestock operations—so-called concentrated animal feeding operations, or CAFO’s.

However, the conservation groups provide several recommendations to strengthen the permit to prevent water pollution. Those include:

Concentrated animal feeding operations are large-scale livestock operations that house hundreds, thousands, or millions of animals, such as cows, pigs, and chickens. The animal waste produced at these facilities is enormous – equivalent to small towns or cities. Industrial livestock operations often dispose of the animal waste by spreading it on farm fields as fertilizer. Rain and snowmelt can wash excess animal waste off farm fields and into local streams, rivers, lakes, and the Great Lakes, where it can cause severe pollution, including toxic algae outbreaks that foul drinking water and threaten public health.