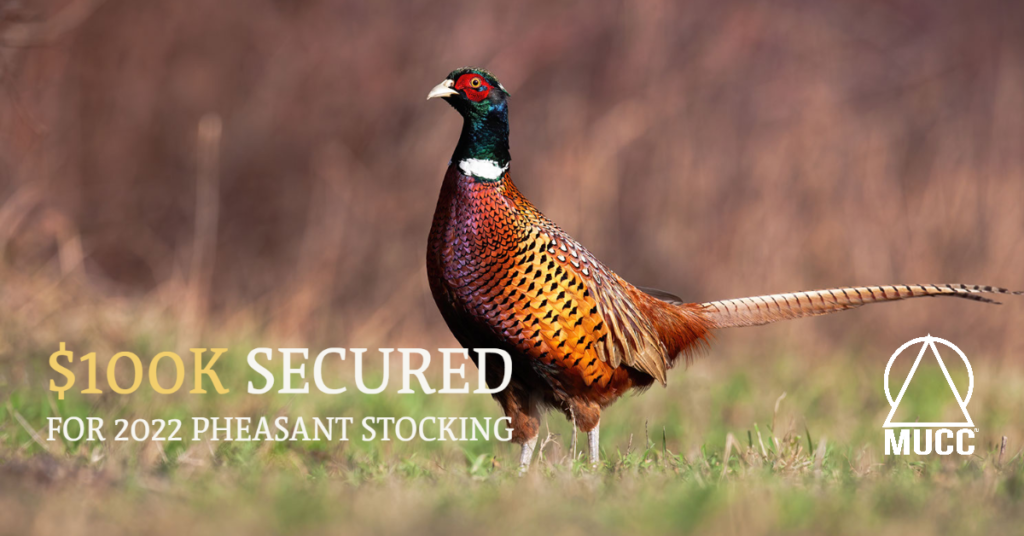 On Wednesday, the legislature approved a small but important appropriation for Michigan pheasant hunters.

Michigan United Conservation Clubs (MUCC) and members of Michigan Pheasant Hunting Initiative have been lobbying key legislators since 2020 to include this funding since it was absent from previous appropriations packages.

The pheasant hunting license was created by Public Act 262 of 2020 and licenses were first sold in March 2021, yet none of that $260,000+ revenue to date has yet been spent as only the legislature can appropriate the funding. Previously, in 2019 and 2021 pheasant hunting seasons, general funds and private donations were used to pay for pheasants for release on certain state game areas.

Previously the Department of Natural Resources (DNR) had announced plans to split the $100,000 fiscal year 2023 appropriation evenly across the 2022 and 2023 hunting season, as there was no fiscal year 2022 appropriation provided by the legislature. This frustrated proponents of the pheasant release program even more at the conservative spending plan, given the fund balance.

This new appropriation could result in a more robust release in 2022. However, the legislature approved boilerplate stating that any fiscal year 2022 appropriations that go unused can be rolled into the account for the 2023 release.

According to today’s DNR press release, pheasants will be released during the Oct. 20-Nov. 14 regular pheasant season on nine state game areas throughout southern Michigan:

A base license and a public-land pheasant license are required to hunt these areas, and all regular hunting regulations apply.

The bag limit is two male pheasants daily, with four in possession. These restrictions apply at release locations.