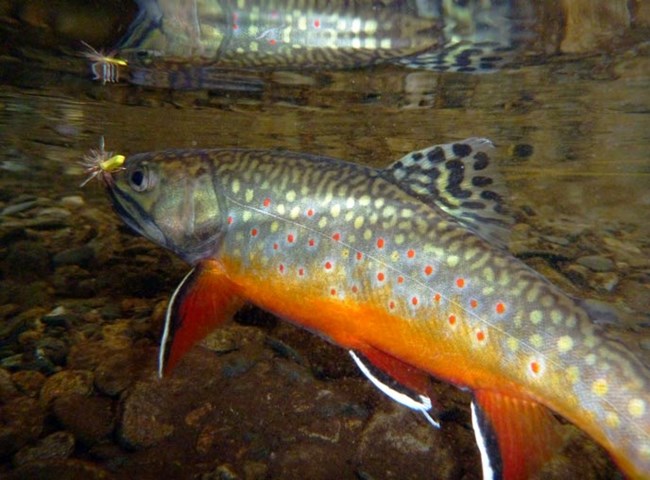 The Michigan Natural Resources Commission (NRC) had a fairly short agenda Thursday but did make a significant decision regarding a contentious U.P. brook trout limit after receiving a number of updates.

Meetings began with a convening of the NRC Wildlife and Fisheries Policy Committee.

Fisheries Division Chief Jim Dexter updated commissioners on a recent land acquisition in the Pigeon river area, including Walled Lake. Dexter recommended regulations for Walled lake restrict tackle to only include artificial lures and reduce possession limits for panfish to zero. This is the same package of regulations as those at Blue Lake in the same region of the state.

Interim Wildlife Division Chief Dan Kennedy introduced himself to the commission and provided an update on the Pure Michigan Hunt and the 2019 elk season. Applications for the Pure Michigan Hunt are on par with those of previous years and are expected to match the five-year high achieved in 2019. Deer Specialist Chad Stewart joined chief Kennedy to present the results of the 2019 elk hunt to the commission. A total of 89 elk were harvested in 2019,

Both chiefs also outlined planned orders for 2020, including furbearer regulations and migratory game bird hunting seasons, as well as 2020-2021 elk regulations. Issues of interest here are likely to include the ability of hunters to pursue game from elevated platforms and the use of electronic trap monitors.

The meeting of the Committee of the Whole began at 12:30 with a report from MDNR Director Dan Eichinger. The director updated the commission on an order under Public Act 288 regarding a forest road inventory, as well as a brief legislative update.

Members of the public commented on issues ranging from ORV use to deer hunting regulations in the state. During the public comment period, Attorneys for Animals and Humane Society of the United States presented on wildlife protection issues and requested additional perspectives on conservation conversations.

Director Eichinger also approved a number of strategic land transactions on behalf of the agency that can be found here.

At the end of their meeting, the commission also brought up old business regarding Fisheries Order 200.20 regarding statewide trout, salmon, whitefish, cisco, grayling, and smelt regulations. This order has been before the commission since Oct. 2019 with heated debate over the creel limit of brook trout in 33 U.P. streams. The regulation that increased the bag limit from five to 10 for brook trout on certain U.P. streams sunsetted on Oct. 1, 2019. Commissioners reinstated the rule at their November meeting by a narrow margin, an action that MUCC opposed, as the best available science suggests that these rules would likely cause harm to the resource.

The NRC again entered into closed executive session to receive legal counsel from the Michigan Attorney General’s office on this topic. After reconvening, Commissioner John Walters (Vanderbilt) made a motion to amend the Fisheries Order 200.20 to repeal the 10-brook trout limit that was reinstated on November 19th, 2019. Commissioner Tracy spoke in opposition to this amendment, whereas commissioners David Nyberg and Anna Mitterling voiced their opinions in favor of the motion. Commissioner Walter’s motion to amend the order passed 4-2 with commissioners Keith Creagh and Chris Tracy voting no. The order itself passed by a margin of 5-1 with commissioner Tracy voicing the lone dissent. Commissioner Klarr was absent for this meeting.

MUCC applauds the commission’s reconsideration of this important matter and the commissioner’s decision to stand by sound science.

The next meeting of the Michigan NRC will take place on Thursday, February 13, 2020, at the Lansing Community College Gannon Building in the Michigan Room (422 North Washington Square, Lansing 48933).