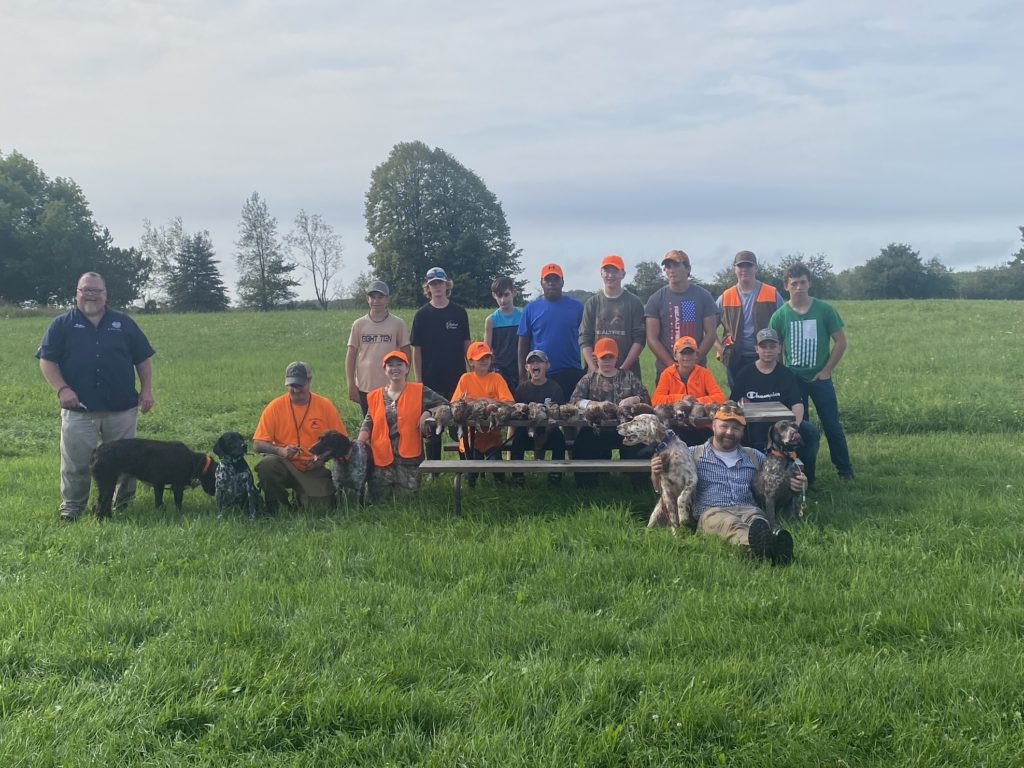 On Saturday the 28th, 15 youth hunters assembled on a stormy morning in Marion, MI at Tails a Waggin.  The group and their parents had traveled from all over the state to participate in a pheasant hunting opportunity.  With a mix of ages ranging from 12-17, both boys and girls began rolling into registration by 7:30 AM. This was the second pheasant hunt sponsored by Michigan Out-of-Doors Magazine held at Tails a Waggin with support from the Abrams Foundation.

After three hours of morning rain during travel, mother nature decided to give the kids a break and turned off the faucet around 8:00 AM.  After a safety talk, guide/dog introductions and answers to last-minute questions, the kids were split into groups and headed into the fields for a morning hunt. 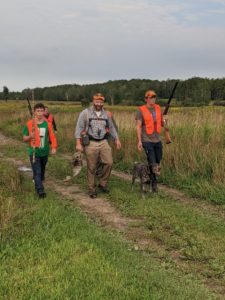 After two hours in the field, there were lots of smiles and happy dogs returning to the parking lot.  Many of the kids had their first chance to see a rooster take off and were shooting on the wing for the first time. There were plenty of misses and plenty of hits.

After the hunt was over, we moved the groups to the plucking/cleaning area. We demonstrated three different methods of cleaning their harvest and then had the kids get to work. Most of the kids were happy to be processing their birds and were excited to take some pheasant home to try with their dinner.  There are always a few squeamish people when it comes to cleaning but, they took their time and got more comfortable as the task went on. 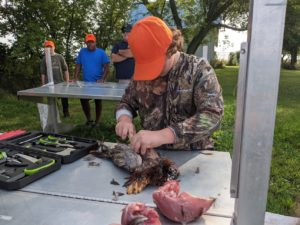 After the birds were on ice, the hunters and their families were rewarded with pizzas.  We finished the day with some shooting instruction on the trap range giving the kids a chance to learn from some of their early morning misses.

With happy hunters, tired dogs and full stomachs, it was a great day in the uplands for our group.  We once again would like to thank Tails a Waggin, our guides and volunteers and the Abrams Foundation for their help and support to make this event possible.