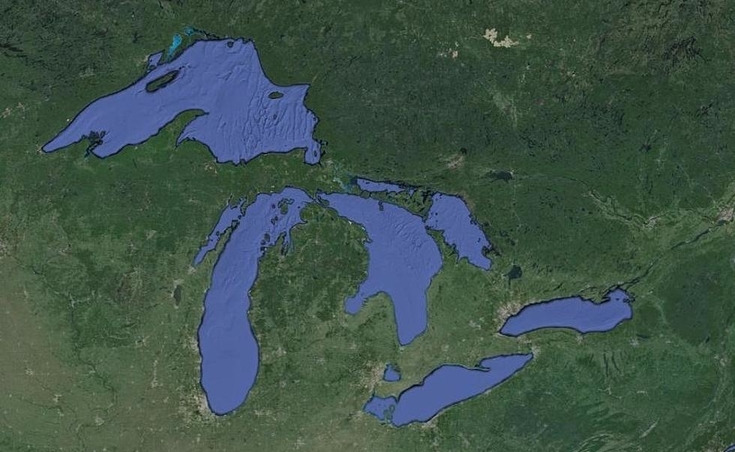 The Great Lakes are a force to reckon with when it comes to freshwater. According to the United States, Environmental Protection Agency, 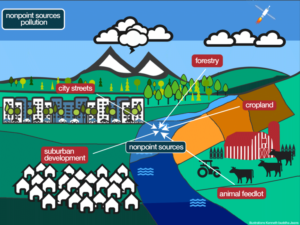 “The Great Lakes hold 20 percent of the world’s freshwater and 84 percent of the drinkable freshwater in North America.” With this bountiful natural resource at our fingertips comes great responsibility, opportunities, and challenges.

One of the biggest challenges the Great Lakes and Michigan face is Non-point source pollution. Non- point source pollution is when a pollutant indirectly runs off into the watershed, an example of this is an oil leak from a car dripping in a parking lot that gets swept away into the nearby lawn in the next rainstorm, this oil is then leached into the soil and makes it way into the groundwater. Other examples of this are urban and agriculture runoff. This is not just a problem for Michigan but is a nationwide problem.

Another challenge that the watersheds of Michigan are facing is excess rain or snowmelt coming into the sewers through grates can push sewage pipes overcapacity. When pipes are over capacity, they can overflow and force partially or entirely untreated sewage into local waterways. According to Michigan’s Department of Environment, Great Lakes, and Energy (EGLE), this happened 358 times statewide in 2017. 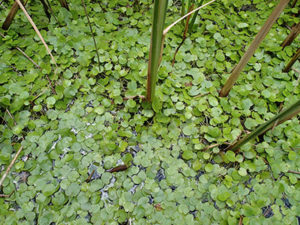 Invasive species are plants, animals or bacteria that enter an area they have never lived before and harm or alter the region’s environment or economy. There are nearly 100 invasive organisms in Michigan and over half of them are aquatic. The main aquatic invasive species are Brazillian Elodea, Eurasian Watermilfoil, Curly Leaf Pondweed, Starry Stonewort, Hydrilla, Parrot Feather, Water Hyacinth, Water Soldier, Water Chestnut, Water Lettuce, Yellow Floating Heart, European Water Clover, and Frogbit.

Invasive species are very successful because they thrive in disturbed environments, they have certain technics to evade eradication and have no natural predators to keep down their population size. An example of this is a European Frogbit, this species is a perennial free-floating aquatic species that invade waters with low wave action including wetlands, bays, inland lakes, and canals. 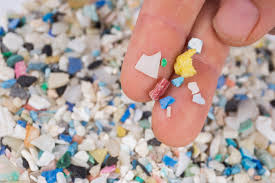 The impacts that are caused by these challenges are algal blooms, public health risks, beach closures, and ecosystem disruption.

We can all do our part as Michigan citizens to educate ourselves on what is happening in our local watersheds and to take action when we see fit.