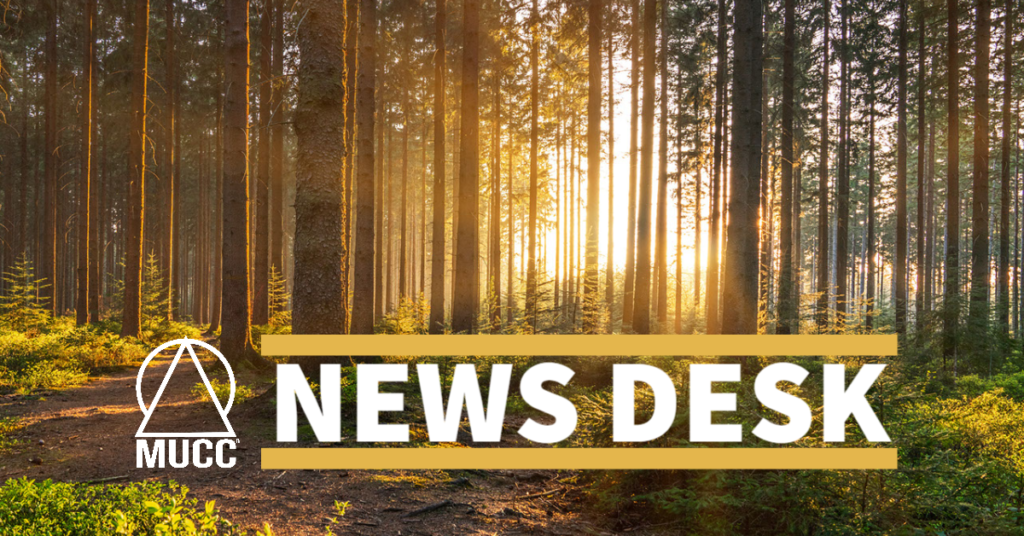 The survey concluded that the wolf population in the Upper Peninsula remains stable with a minimum population estimate of 631, plus or minus 49 wolves.

DNR Large Carnivore Cody Norton shared that the wolf population’s continued stability may be an indication that gray wolves have reached their carrying capacity in the region.

In the past, many Upper Peninsula residents and other conservationists across the state felt the DNR failed to clearly state that these surveys show the minimum number of wolves in the Upper Peninsula. These estimates are improperly portrayed as a static population number by anti-conservationists when in reality the maximum population is likely much higher at different points of the year.

The DNR has more effectively communicated that the 2022 survey that the estimation of 631 wolves in the UP is the population minimum.

From 1994 to 2007, the wolf population has been steadily growing. It is safe to say that the population has long met recovery goals and that state management is warranted. Gray wolves remain on the federal list of threatened and endangered species.

In February 2022, a federal district court in California overturned the U.S. Fish and Wildlife Service’s rule that removed gray wolves from the Endangered Species Act lists of endangered and threatened species throughout the lower-48 states, except for the Mexican wolf in New Mexico and Arizona.

Safari Club International (SCI), jointly with the National Rifle Association, were the first defendants to appeal that decision. The State of Utah also appealed. Since then, the appeal has been put on hold in the Ninth Circuit while the federal government decides whether to pursue an appeal of the district court’s ruling. The parties are in mediation, and all discussions are confidential, but SCI expects meaningful action in the case soon.

“SCI remains committed to defending the service’s ability to delist gray wolves throughout the United States. These wolves have long met recovery objectives, and it is well beyond time to celebrate gray wolves as a conservation success. The lower court notably found state management of wolves, including Michigan’s management, was adequate to protect the future of wolves after delisting,” said Jeremy Clare, SCI Litigation Counsel.

MUCC Executive Director Amy Trotter says the department did a better job of clarifying this is a minimum population number and demonstrating that the wolf population has far exceeded recovery goals in their recent release. Modernization of the Endangered Species Act (ESA) is still necessary to provide an efficient and responsible off-ramp for recovered species.

“It is refreshing to see the DNR accepted the recommendation of the WMAC and clearly communicated this is a minimum population number. While the real number is likely much at higher at different points of the year this clarification is appreciated,” Trotter said. “MUCC will continue to work to ensure a durable delisting of wolves in Michigan. It is MUCC’s perpetual goal to modernize the ESA and we hope for a day when the ESA is no longer weaponized against its own victories.”