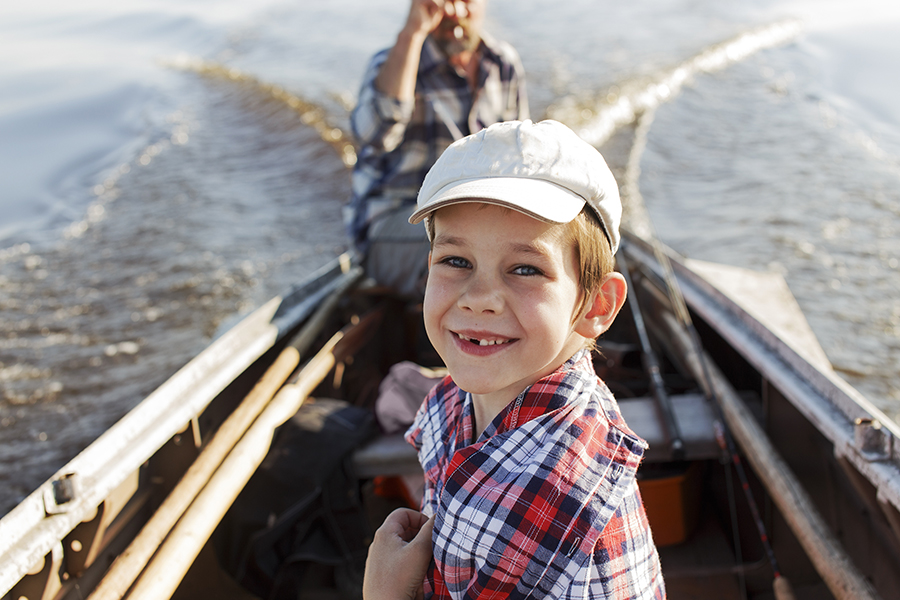 Gov. Gretchen Whitmer announced Friday that the arbitrary and unconstitutional ban on motorized boats has been rescinded.

Although neither the word “boat” nor “motor” ever appeared in Executive Order 2020-42, law enforcement officers, under direction from Gov. Whitmer and Department of Natural Resources Director Dan Eichinger, have written tickets citing anglers for violations of the executive order specific to motor boating.

The governor’s announcement and signing of the new Executive Order 2020-59 comes two days after a judge agreed to hear testimony regarding a temporary injunction filed by Michigan United Conservation Clubs (MUCC). Members of MUCC have been ticketed for violating “Frequently Asked Questions,” which appeared on the DNR and governor’s websites.

MUCC filed an initial complaint in United States District Court for the Western District of Michigan on April 19. On Tuesday, MUCC filed a motion for a preliminary injunction. Judge Paul Maloney acknowledged that the boating ban “confusion puts members of MUCC in a precarious situation” and set a formal hearing for April 29.

“The MUCC lawsuit placed discernable pressure on the governor’s office and DNR to reconsider the unconstitutional and ambiguous language that was being enforced,” Trotter said. “The grassroots power of MUCC proved that individual anglers’ voices can be heard and that they do matter.”

The new order explicitly states that outdoor activities, including boating, are now allowed while “remaining at least six feet from people from outside the individual’s household.”

MUCC thanks Gov. Whitmer for her willingness to reverse her position after giving careful consideration to the arguments presented by responsible sportsmen and sportswomen. Legislative leaders, from both sides of the aisle, also demonstrated strong support for anglers and boaters across the state.

MUCC attorney Aaron Phelps, a partner with Varnum LLP in Grand Rapids, said anglers and boaters have a right to clearly understand the criminal penalties they are subject to, and Whitmer’s reversal is a step in the right direction.

“Our case was very straightforward — Michigan boaters and anglers may not be threatened with criminal charges based on an arbitrary interpretation of a poorly written executive order,” Phelps said. “To do so violated the Fourteenth Amendment of the United States Constitution and we are pleased that our federal lawsuit was well-received by the governor.”

MUCC’s legal team is funded by grassroots donations. Any donation amount will help to continue to protect the rights of anglers, hunters and trappers.

Charter guide, avid angler and owner of Teachin’ Fishin’ Lance Valentine said MUCC’s actions reinforce the organization’s worth and value to the angling community. Valentine was one of the first industry leaders to call for action from MUCC.

“Anglers need a group like MUCC to lead the charge in Lansing and be the watchdog over the DNR, legislature and governor’s office,” Valentine said. “My livelihood is at stake, and I feel better knowing someone has anglers’ best interest at heart when we can’t be there.”

Whitmer’s announcement comes on the eve of the state’s treasured walleye and trout opener. Launches across the state are expected to be busy, and anglers should remember that further orders by the governor could explicitly prohibit motorized boats and public access if social distancing measures are not followed.

Professional anglers Mark Zona and Kevin VanDam said this is anglers’ chance to prove they understand the seriousness of this health crisis and are able to keep that top of mind while recreating responsibly.

“The lakes, rivers and streams of Michigan will again be buzzing with anglers tomorrow thanks to MUCC and their concern for the rights of anglers and hunters in Michigan,” Zona said. “Anglers need to be responsible and prove that they can properly follow all safety protocols related to social distancing.”

“Fishing and our freshwater resource is at the heart of who we are as Michiganders,” VanDam said. “This collaborative effort could not have been achieved without MUCC, Michigan anglers, industry folks and the businesses that make communities throughout Michigan thrive.”

“The walleye fishing is really heating up, and I can’t thank MUCC enough for helping to get anglers back out on the water,” Muir said. “I’m excited to be able to fish this season and am thankful for a group like MUCC that truly represents not only anglers but all sportsmen and sportswomen in Michigan.”

Please stay in or near your vehicle as you wait to launch your boat and observe the recommended 6-feet social distancing measure at all times.

MUCC represents 40,000 members and 200 affiliate clubs throughout Michigan. Since 1937, MUCC has united citizens to conserve, protect and enhance Michigan’s natural resources and outdoor heritage. Click here to join or renew your membership today!