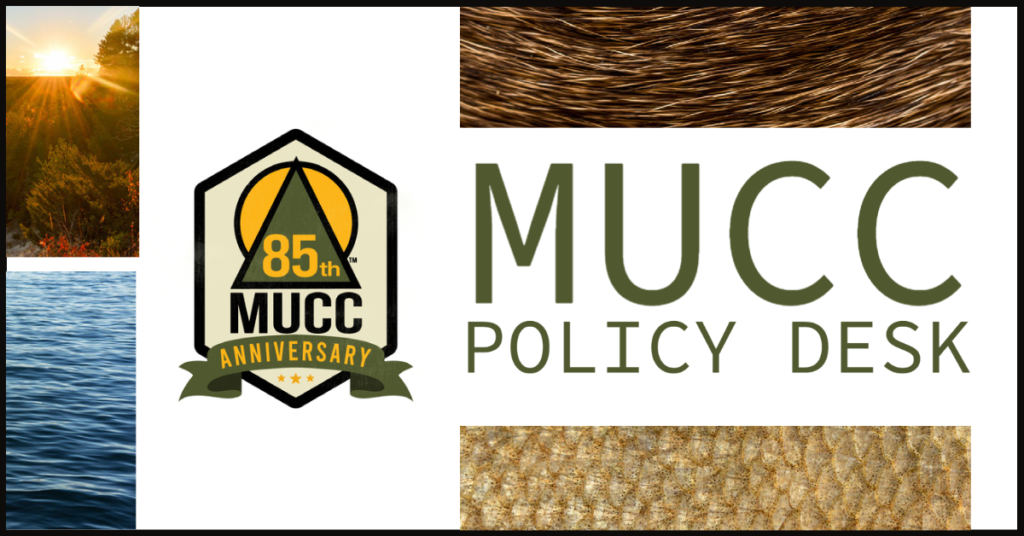 HB 5740 and HB 5902 are both authored by Rep. Eisen (R-St. Clair Township). HB 5740 would create a new  seven-day license option for seniors that allows use of a firearm during any seven-day period between October 1 and November 1 on private land. HB 5902 would legalize the use of single-bite bait for deer and elk hunting.

MUCC opposes HB 5740 as an attempt to bypass the Natural Resources Commission’s (NRC) authority to regulate method and manner of take under Proposal G, which passed in 1996 with the support of more than two-thirds of Michigan voters.

MUCC Opposes HB 5902 on two fronts: Similar to HB 5740, baiting is a manner and method of take and falls under the NRC’s purview. Since 2007, Michigan United Conservation Clubs has opposed baiting and recreational feeding of cervids in the face of disease spread. The organization does not oppose baiting on ethical grounds, and MUCC supports it as a legal method of take for species such as bear where no disease risk has been found.

MUCC was founded on the principle that political pressures be as far removed from conservation decisions as possible and that an independent body (in this case, the NRC) is essential to that end. MUCC will continue to oppose any effort to bypass or subvert the authority and autonomy of the NRC.