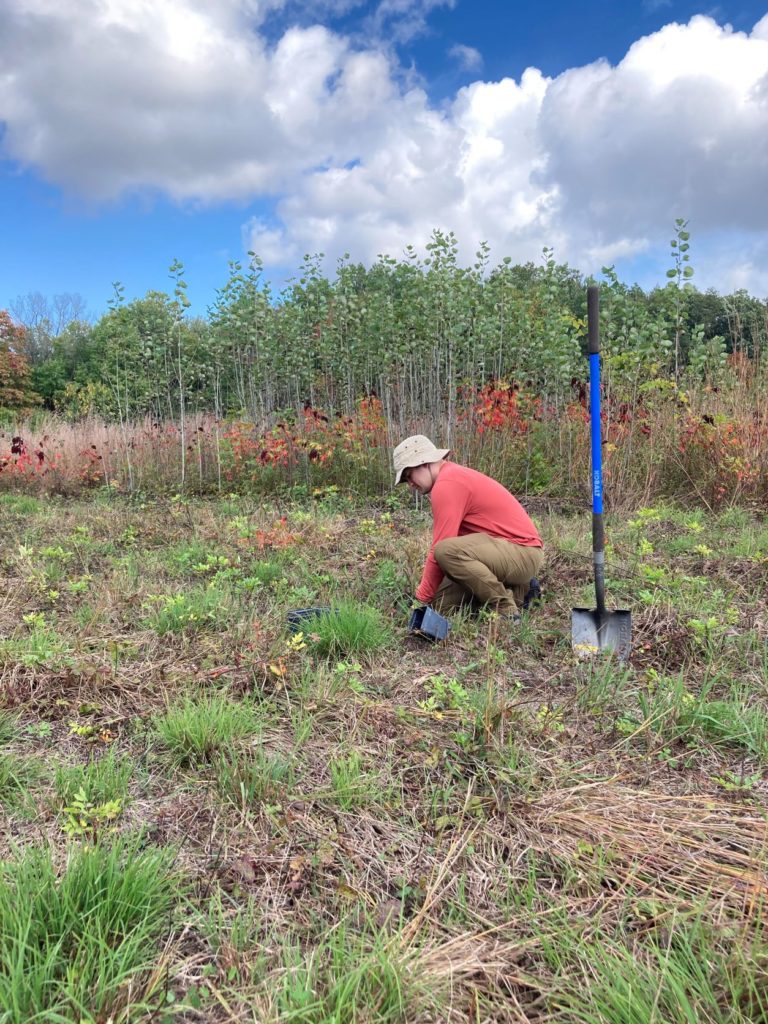 This was the second event OTG has done with TNC in the rare oak openings region of Southeast Michigan. In October of 2020, volunteers also joined MUCC and TNC at the Petersburg SGA  to plant 450 blazing star plants. 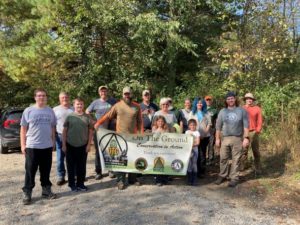 Thankfully, the weather allowed for a great day to be out planting.

Following  introductions from the project partners,  the group of 16 volunteers divided into two teams to plant in two different openings that had been prepared by TNC restoration staff .

Volunteers worked for about four hours to plant approximately 900  blazing star plants and impacting 11acres of oak opening habitat within the Petersburg SGA. According to Michigan Natural Features Inventory oak openings are “a fire-dependent savanna community that occurs on slightly acidic to circumneutral, well-drained, moderately fertile sandy loams or loams on level to rolling topography of glacial outwash plains and coarse-textured end moraines in the southern Lower Peninsula.”

These native wildflowers serve as host plants for the state imperiled blazing star borer moth. However, these restoration efforts will also benefit native pollinators and wildlife such as white-tailed deer and wild turkey.

The Nature Conservancy of Ohio has done several restoration projects within the oak openings region as a result of a grant from the United States Fish and Wildlife Service (USFWS).

MUCC’s award-winning On the Ground program is proud  to partner with TNC for these important habitat restoration efforts throughout the Petersburg SGA. Volunteer events like this bring together stalwart conservationists from across Michigan.