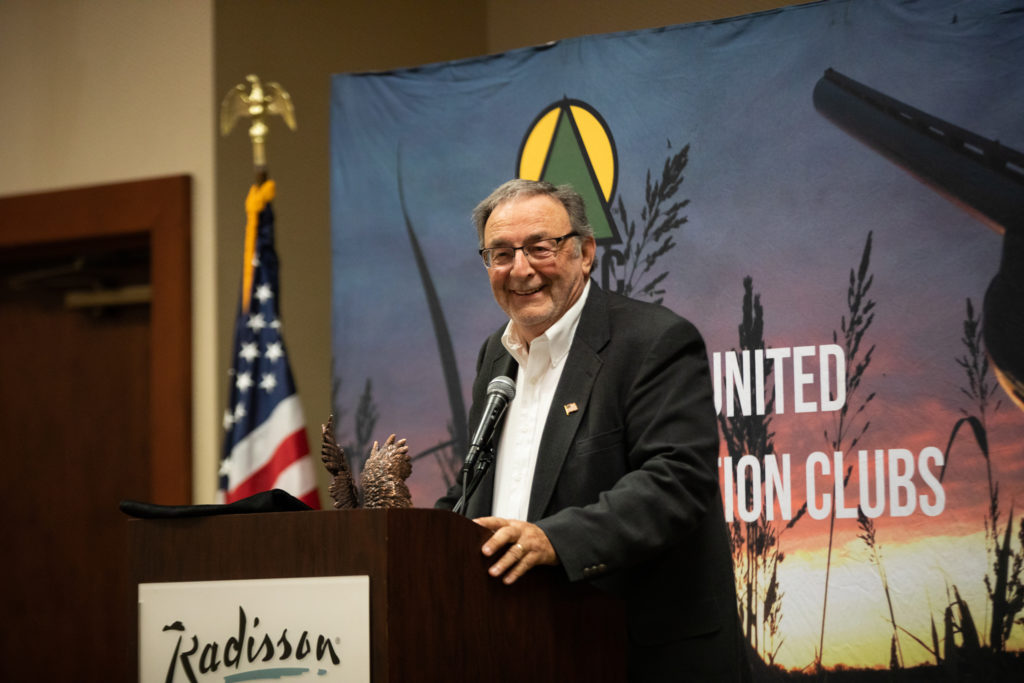 Jim Hammill’s career cannot be summed up in one article.

Through a 1994 New York Times story, we gain some insight into a man whose compassion, leadership and ingenuity are fingerprints spread across Michigan’s Upper Peninsula. 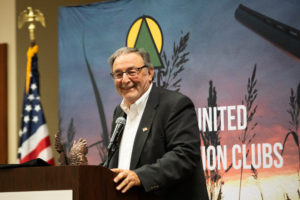 “His task is to try to preserve the Upper Peninsula as a wolf habitat, which means maintaining adequate prey, chiefly white-tailed deer, while guarding the wolves from their chief predator: man,” the Times read.

Hammill collared wolf number zero one in Michigan in 1992 – the first of the state’s newly-developed wolf recovery plan.

There are few conservation arcs that replicate what Hammill has accomplished. He served our state’s department of natural resources at a time when it was common to promote the shooting of wolves and offer a bounty on them.

Michigan United Conservation Clubs (MUCC) Past President George Lindquist presented the award and recounted being in United States Fish and Wildlife Service meetings with Hammill in the late 90s regarding wolves.

“Jim warned that although hunters were the biggest supporters of having wolves on the landscape, if the DNR fails to manage and control the population, and with the rate of population growth that was happening, public support for wolves in the U.P., would drop right off,” Lindquist said. “Unfortunately, that is exactly what happened.” 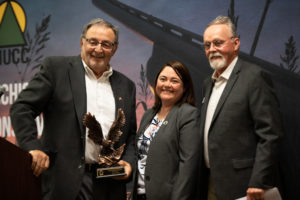 Having Hammill’s more than 50 years of experience to lean on is critical for MUCC, said Amy Trotter, executive director.

“Jim’s ability to present scientific data in a way that is understandable, unbiased and uncharged has helped me work through sticky issues during my time here at MUCC,” Trotter said. “ I have appreciated his expert testimony to the current Wolf Management Advisory Council as we deliberated wolf management and it is so important to continue to engage the scientific community in these discussions to counter the misinformation out there.”

Hammill has held active leadership roles in Safari Club International,  participated in the Michigan Moose Lift to reintroduce moose to Michigan in the 1980s and then was a member of the Michigan Moose Advisory Council and, he serves on the Upper Peninsula Habitat Work Group and regularly advises and consults on natural resources management.