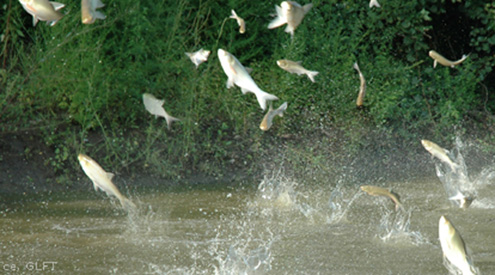 Michigan United Conservation Clubs signed a letter asking Congress for specific appropriations to combat the threat of Asian carp. Having this funding will help to make the battle against Asian carp a targeted, national effort, rather than a state and local effort. These appropriations will help the Great Lakes as well as the Ohio, Mississippi, Tennessee and Cumberland River Basins.

The specific asks for funding included: