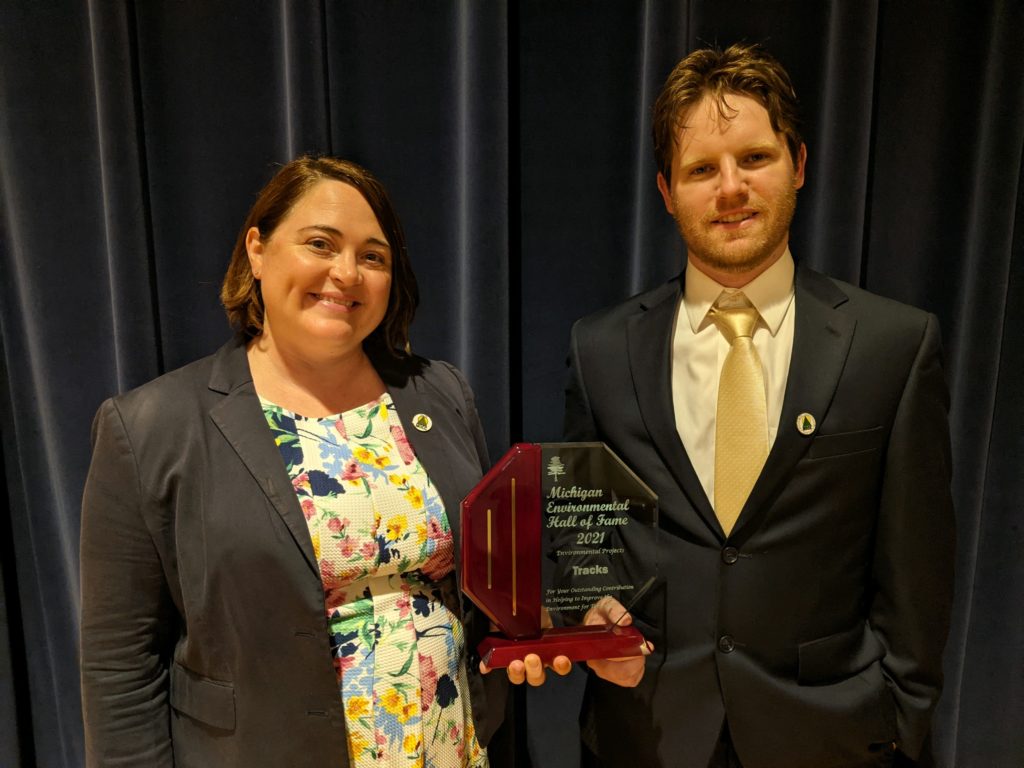 Michigan United Conservation Clubs (MUCC) has published TRACKS Magazine since 1977, and it has reached millions of youth since its inception. Geared towards upper-elementary students, TRACKS Magazine uses Next Generation Science Standards to inform, shape and highlight interaction with Michigan’s wildlife and ecosystems.

Each issue of TRACKS focuses on a specific Michigan species, including species like black bear, sturgeon, Kirtland’s warbler, Eastern newt, brook trout and even the ant lion. It highlights topics such as ecosystems, biological evolution, human interaction, conservation jobs and energy in each issue.

Teachers throughout Michigan and the Midwest use the magazine for reading comprehension, science lessons, craft activities and to help develop lesson plans. TRACKS publishes eight times a year in conjunction with the school year (October through May).

TRACKS Editor and MUCC Education Director Shaun McKeon said TRACKS has been an integral part of classrooms throughout Michigan for more than four decades.

“Teachers have used TRACKS in a variety of ways since it was first published, and MUCC is proud to be a part of science-based learning in classrooms throughout Michigan,” McKeon said. “Instead of anthropomorphizing animals in cute, cuddly ways, we work to help Michigan’s youth understand the important and diverse interplay between species and ecosystems.”

Past inductees into the Michigan Environmental Hall of Fame include Bob Garner, Patty Birkholz, Jack Bails, John Dingell and the Michigan Resource Stewards, among many others.

TRACKS Magazine is among a handful of recipients working primarily in the conservation world that have been able to harness the symbiotic relationship of the environmental and conservation movements, said Amy Trotter, MUCC executive director.

“It’s an honor to be recognized among giants like Bails, Dingell, Garner and Birkholz who have not only bettered Michigan’s conservation landscape but done so in a way that seamlessly intertwined the environmental and conservation communities so that the two were indistinguishable,” Trotter said.

MUCC’s affiliate clubs are the No. 1 sponsor of TRACKS in classrooms, with more than $47,000 each year being paid for by affiliate clubs. Classrooms can be sponsored for the upcoming 2021/22 school year at a cost of $4 per student with a minimum purchase of 10 issues per classroom ($40). Please email Sue Pride at spride@mucc.org for more information about how to sponsor a classroom.

Individuals can also sign up to have TRACKS delivered to their mailbox for $20 per year. Please visit our Membership Application page to sign the youth in your life up for TRACKS today.