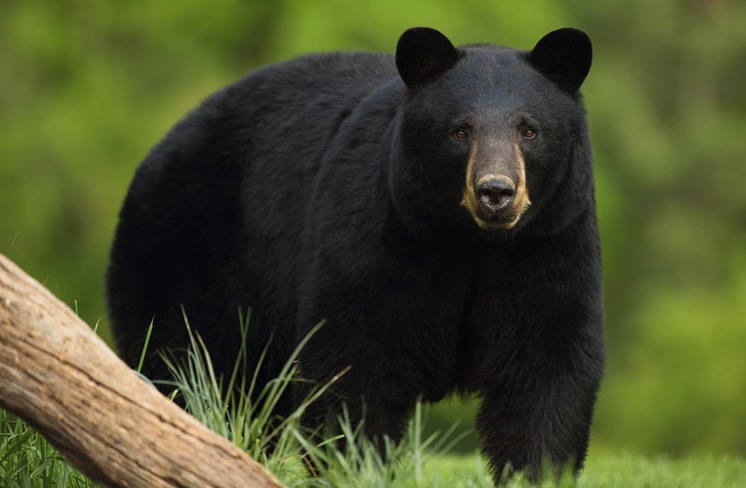 These rules and regulations are very similar to those in place in the 2020 seasons, with a few key changes, including the elimination of rules allowing for the placement of bear bait barrels on public lands. Bear hunting regulations and quotas occur on two-year intervals and were last considered in 2019.

“I am excited and energized by the increase in public comment at these NRC meetings,” Trotter said. “We appreciate the extent to which members of the NRC listen to the public to gather input as they are making these decisions, especially as these meetings take place virtually.”

The DNR gave a number of presentations to the NRC, including a review of recreational shooting at the Muskegon and Rogue River State Game Areas, the proposed falconry rules and an update on bovine tuberculosis surveillance efforts. DNR staff also provided an update on bear hunting quotas, which had been adjusted since the March meeting of the NRC.

More than 20 individuals offered public comments on a wide range of topics, including on the ongoing wolf debate. Two members of the MUCC staff testified on the issues facing the commission Thursday, as well as on a recent lawsuit filed against the DNR regarding the Michigan Wolf Management Advisory Council.

Members of the NRC discussed and gathered information on a wildlife conservation order to establish the 2021-2023 falconry regulations. Action may be taken on this order at the May NRC meeting.

DNR Director Dan Eichinger signed six land transactions, which may be viewed here. These consisted of three sales, one acquisition, an easement and a release of deed restrictions. None of these actions involved more than eight acres of land.

Director Eichinger also considered a land use order to close certain areas to target shooting at the Muskegon and Rogue River State Game Areas. According to the order, “at this time, the level and type of use has exceeded the capacity of these SGAs. There are over 20 partner ranges within 30 miles of each of these SGAs that afford suitable options for the target shooting community.” Director Eichinger may take action on this at the May NRC meeting.

The NRC voted unanimously to approve a wildlife conservation order regulating 2021/22 bear hunting regulations and quotas as presented by the DNR. Bear license quota recommendations were developed by DNR staff using the best available science, including the incorporation of statistical models to determine key population dynamics.

Many of the bear management units (BMUs) will see increased harvest quotas, while the Bergland, Carney and Gwinn BMUs in the Upper Peninsula will see small decreases in license numbers. After incorporating feedback from the Michigan Bear Forum and the DNR Internal Bear Workgroup, the DNR recommended several changes to the bear hunting regulations for the next two years. Notably, the DNR recommended removing a rule allowing the use of bait barrels on public land, as well as expanding the Red Oak BMU archery-only season to the Baldwin and Gladwin BMUs.

MUCC supported the existing rule allowing the use of bear bait barrels on public lands, per a 2017 member-passed resolution. MUCC staff testified before the NRC to advocate for the continuation of this rule. In 2019, a two-year trial period began which allowed bait barrels on public lands within 100 feet of a roadway. DNR Law Enforcement Division staff told the NRC that a large portion of the sites found were out of compliance in some manner. The trial period sunset at the end of 2020 and will not be renewed. MUCC will continue to work with the DNR and the NRC to advocate for reinstating this policy in the future.

DNR Director Dan Eichinger signed a land use order to consolidate and standardize watercraft use restrictions in the Pigeon River Country State Forest. This came after the DNR implemented erosion control measures to mitigate the impacts of launching certain watercraft.

The NRC will meet again virtually on May 13th.