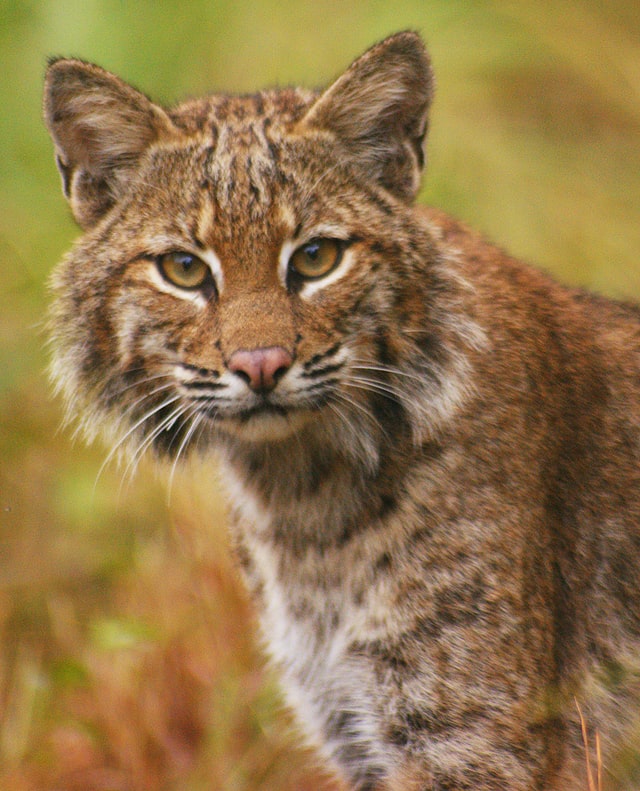 The Natural Resources Commission (NRC) heard a pair of proposed regulations from the Department of Natural Resources (DNR) at their February meeting relating to hunting and trapping of bobcats, and waterfowl season dates.

Commissioners began Thursday’s NRC meeting with the fisheries committee beginning at 9am with an update from Jim Dexter, the DNR fisheries chief.

Of note Dexter said that the DNR hypothesis of decreased adult steelhead recruitment was a result of decreased juvenile survival. The DNR is conducting a feasibility study in April and May where hatchery steelhead and wild steelhead are implanted with predation tags and released to travel out into the Great Lakes. If successful, the DNR intends to apply for a number of substantial grants to use predation tags in Michigan rivers for steelhead research on a wider scale.

In regards to the Saginaw Bay and river regulation changes from the FO 206 Amendment. The bay and river will be managed as a single stock, and walleye will remain abundant. There will now be more shore fishing opportunities along the river.

“That’s the really cool thing for us as managers, the bay and river will be managed as a single stock with one regulation” Dexter said, “This will assist with law enforcement efforts.”

The wildlife committee met next, with a presentation from DNR Wildlife Chief Jared Duquette.  The division has recently released their Guiding Principles and Strategies document, called their GPS. Duquette said a big component of the GPS is the division’s commitment to change.

“We have two goals, really focusing on broadening the communities we work with,” Duquette told commissioners, “That is the discussion I want to have with you all, is helping us achieve this commitment to change and serving our 10 million constituents in the state.”

The NRC meeting proper was gaveled at 10:29am by Chair Carol Rose, the meeting was held at Lansing Community College West Campus.

The February meeting was the first meeting with newly appointed Commissioners Leslie Love and David Anthony in attendance. The pair of democrats appointed by Governor Whitmer on January 7th are subject to advice and consent of the Senate. The NRC is to be a bipartisan commission with no more than four members of a single political party, if there were to be another vacancy the Governor would be obligated to appoint an independent or republican.

DNR Director Dan Eichinger began the director’s report by welcoming the new commissioners before going into a report about the Governor’s budget proposal offered on February 9, 2022. The Director highlighted a few critical points in the budget proposal relating to infrastructure at DNR fish hatcheries.

The proposal included a one time 30 million dollar expenditure for fish hatchery upgrades and improvements. The expenditure would provide funding for biosecurity, equipment, and infrastructure updates at state fish hatcheries, and provide for the construction of a new cool water facility at the Wolf Lake hatchery.

“Our fish hatcheries support about 26 million fish that we rear and stock every year and our recreational fishery is highly dependent on our stocking activities,” Director Eichinger said, “I don’t think I can understate the significance of this investment.”

Other topline investments in the Governor’s proposal included:

The Director continued and encouraged those in attendance to stay involved as the appropriation process unfolds if any of the new funding the department resonated with them.

DNR Law Enforcement Chief Gary Hagler presented the Lifesaving Award to Detective Holly Pennoni. Hagler said Officer Pennoni did not hesitate to act, and used all her training and equipment to save a life, the paramedics and attending physician both said that the individual would not have survived if not for her actions.

“Holly has been a tremendous asset to the law enforcement division of the DNR for over 20 years,” Hagler said, “I am very pleased to congratulate her (Pennoni) for her life saving actions.”

It was a moving presentation with the individual that Detective Pennoni saved in attendance as a way of showing support and thanks.

Kristin Phillips the Chief of DNR Marketing and Outreach, and retired DNR employee Ray Rustem presented the Conservation Partner Award to Dean Hall who has spent 40 years working in conservation in Michigan, most recently as the Executive Director of Michigan Sportsmen Against Hunter, who he has been involved with since the early 1990s. This award is a DNR employee nominated award for individuals, groups and organizations for their volunteer service in support of conservation. Phillips said under Hall’s leadership Michigan Sportsmen Against Hunter has donated 800,000lbs of venison.

“Dean has devoted countless hours to Michigan Sportsmen Against Hunger helping it grow and thrive as an organization, also helping it provide much needed protein for Michigan’s hungry citizens,” Phillips said, “He is forward looking, upbeat, collaborative, and humble. He makes a big impact on the organizations he works with and the people that have the privilege of working with him.”

In a surprise, Hall presented his own thank you award to Rustem, a retired DNR employee who worked closely with Sportsmen Against Hunter.

The Wildlife Annual Report, and Pure Michigan Hunt Announcement winners was presented by Holly Vaughn of DNR Wildlife Division. 2021 celebrated 100 years of the DNR. Holly highlighted many of the successes of the DNR during 2021.

The department is recommending no change to UP regulations. Bump said that the UP population is stable in the short term. Stakeholder groups disagree with department assessments on population and opportunity.

“The UP population is showing a stable population trend with the reduction of opportunity.,” added Bump, “That was our general thought process on the lack of recommendations for change in the upper peninsula.”

Bump began laying out the substantial changes to LP regulations, moving season dates around and extending the season to 20 days including two full weekends for northern LP units. The department is also recommending shifting some geographic boundaries and adding a Southern LP unit of 9 new counties.

Hunters and trappers had asked for increased season length, with populations in the LP stable the department saw a chance to increase opportunities with minimal impact on the resource.

“As we have slowly expanded opportunities in the Lower Peninsula we have seen population resiliency,”  Bump stated, “We think that our expansion opportunities will likely spread out harvest over a larger area, and we are really impacting the same population.”

The NRC order containing the proposed changes can be found here: Wildlife Conservation Amendment Order #1 of 2022.

Randy Knapik of DNR Wildlife Division followed with a presentation on Migratory Game Bird hunting seasons and Managed Waterfowl Area regulations, which has a proposed amendment up for information at the meeting.

Knapik began his presentation highlighting the state regulatory process, within the frameworks dictated by the United States Fish and Wildlife Service (USFWS). Proposed frameworks layed out in December, for NRC information in February and action in March.

Knapik highlighted that Michigan’s Canada geese population is at or exceeding the department’s goal range for the state. The aim has been to target these temperate breeding geese in Michigan with maximum season lengths and bag limits. The proposed changes are still very similar to past seasons with the goal of overlapping as many waterfowl seasons as possible.

Relating to ducks, the 2021 Waterfowl Breeding and Population & Habitat Survey was canceled, however Michigan did a state specific breeding survey. With excellent wetland conditions, the 2021 population estimate of ducks was greater than 2019. Overall the department has high confidence in models because of ancillary data available and long term data-sets.

The federal frameworks for duck season, as well as daily limits, reamain unchanged from 2021. The recommendations presented were joint recommendations between the DNR and Citizen Waterfowl Advisory Committee (CWAC).

The NRC order containing the proposed changes can be found here: Wildlife Conservation Order Amendment #2 of 2022.

Dr. Shawn Riley of Michigan State University (MSU) presented the results from the Wolf Public Attitude Survey. Dr. Riley’s data shows a wide base of support for at least some level of wolf management statewide. Dr. Riley showed respondents to his survey understand the need for some change to wolf management.

“Clearly under any scenario doing nothing is not typically acceptable.” Dr. Riley said.

Dr. Riley’s data had some additions to his data from his last presentation to the Wolf Management Advisory Council. The weighted data showed broad support in the UP and Northern LP for a recreational wolf hunting season in Michigan.

Dr. Riley is working on a separate survey of licensed hunters and trappers. That data is not available at this time.

After the Director’s Report Chair Carol Rose opened up the public comment portion of the meeting. Lacking any Director’s Orders the commissioners moved on to a pair of land transactions, and two proposed regulation changes previously discussed by DNR staff.

The first is a sale of Keweenaw County owned 285 acres to Keweenaw Mountain Lodge, as part of the sale 245 acres of the land will be protected with a conservation easement, as well as an easement to protect existing public access to trails. Any changes to this conservation easement will have to be approved by the DNR.

A DNR purchase of 160 acres adjacent to Fort Wilkins State Park that will contribute to achieving quality access to the recreational activities within the park. The land will be managed by the Parks and Recreation division as a part of the state park.

For old business the director signed a director’s order relating to a forest road inventory update. The changes clean up some administrative errors, open some new roads in Camp Grayling, and result in at least a marginal increase of open roads across the state.