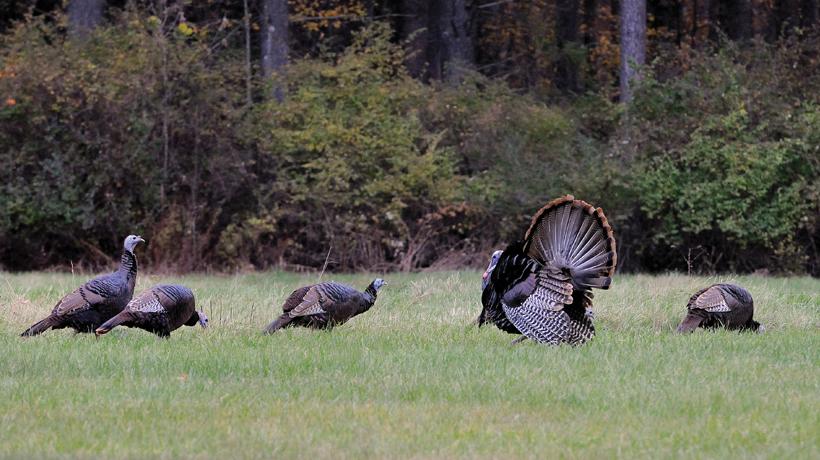 This meeting was followed by the convening of the NRC Policy Committee on Wildlife and Fisheries at 11 a.m. During this meeting, the commissioners were given division updates by the chiefs of the MDNR Wildlife and Fisheries Divisions, respectively. Acting wildlife chief Rex Ainslie provided an update on the recent deer that tested positive for chronic wasting disease in Gratiot County. Ainslie also provided an update on recent survey results of West Nile virus in ruffed grouse. The survey showed limited exposure to ruffed grouse and that having suitable habitat can help with survival rates.

The Committee of the Whole met at 1 p.m. to discuss a number of matters up for action and for information. The meeting started with an update from MDNR Director Dan Eichinger. Several lifesaving awards were presented to parks and recreation division staff members. MDNR Law Enforcement Division Chief Gary Hagler presented the Hunter Education Volunteer of the Year award to Dennis McMahan. He has been a certified instructor for 50 years.

The only item for information this month was regarding public hunting at the Yankee Springs State Recreation Area. This order would add 350 more acres of land open to hunting in the area, significantly increasing access on this public land for hunters. More information on this order can be found here.

The Commission passed two resolutions at this meeting, one on spring turkey regulations and one regarding brook trout.

The spring turkey hunting regulations for the next three years include a few distinct changes. Hunters will now be able to use a firearm from an elevated platform during the spring hunt. The Unit ZZ hunt will be extended to the entire 42 day season. For the public land hunt, those that enter the first draw, a seven day season, will now also have a week in June for a second hunting opportunity.

Perhaps most notably, the spring turkey hunt will now begin on the second to last Saturday in April statewide for both public and private lands. MUCC members passed a resolution in 2016 urging a Saturday opener for the Unit ZZ hunt and the advocacy efforts of our staff was important in moving this forward. While the commission approved a Saturday opener beyond MUCC’s resolution scope of just private land, this is still a huge win for our resolution writer and MUCC.

The commission amended the trout regulations by reinstating the 10-bag brook trout limit on 33 UP streams. This regulation previously sunsetted on Oct. 1. The Department is opposed to this reinstatement due to the available science that suggests raising the bag limit from five to ten would harm the resource. MUCC is also opposed to the amendment due to similar concerns based on the science presented and our commitment to science-based fisheries management.