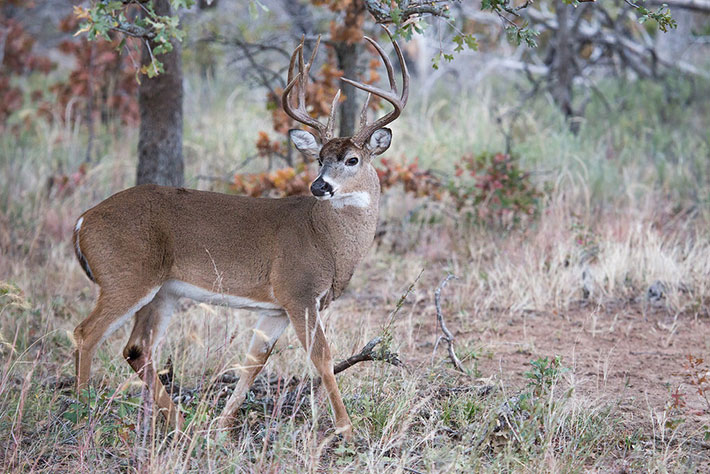 Commissioners are set to act on a proposed ban of urine-based lures as another round of deer regulations comes in front of the Natural Resources Commission (NRC) this month for action.

It is unclear what the commission’s flavor might be on the proposed ban, but during last month’s public testimony, Michigan United Conservation Clubs (MUCC) asked that the commission consider a compromise rather than an all-out ban.

“We were encouraged to see the engagement and interest from commissioners to view all sides of this proposed ban,” FitzGerald said. “We’re hopeful commissioners will consider alternatives to the ban, which would provide little to no risk to our herd while maximizing recreational opportunity.”

The proposed deer hunting regulations include two administrative changes relating to muzzleloader hunting and would ban deer-urine-based lures and attractants.

The Michigan Department of Natural Resources (MDNR) will be providing information to the NRC, including a state land strategy, tracking wounded deer with dogs and the 2020 Deer Harvest survey report.

A 2019 member-passed resolution called on MUCC to advocate for tracking deer with dogs off lead, as well as allowing a tracker to dispatch a wounded deer in very specific circumstances. This resolution passed with at least a two-thirds majority at the organization’s convention.

Members of the NRC will take action on WCO No. 5 of 2021 relating to deer regulations. This order, as proposed, would align the dates of muzzleloader seasons statewide, correct an administrative error that excluded Muskegon County from muzzleloader hunting regulations and ban the possession or use of deer-urine-based lures or attractants.

Urine-based lures and attractants “that contain or claim to contain cervid urine or other bodily fluids originating from deer” would not be allowed, as they may facilitate the spread of chronic wasting disease. However, synthetic lures and attractants will still be permitted. This change comes after the Archery Trade Association has since moved its Deer Protection Program (DPP) to the Responsible Hunting Scent Association (RHSA).

Eichinger will potentially take action on a director’s order that would allow shooting preserves to release pheasant, quail and partridge year-round.