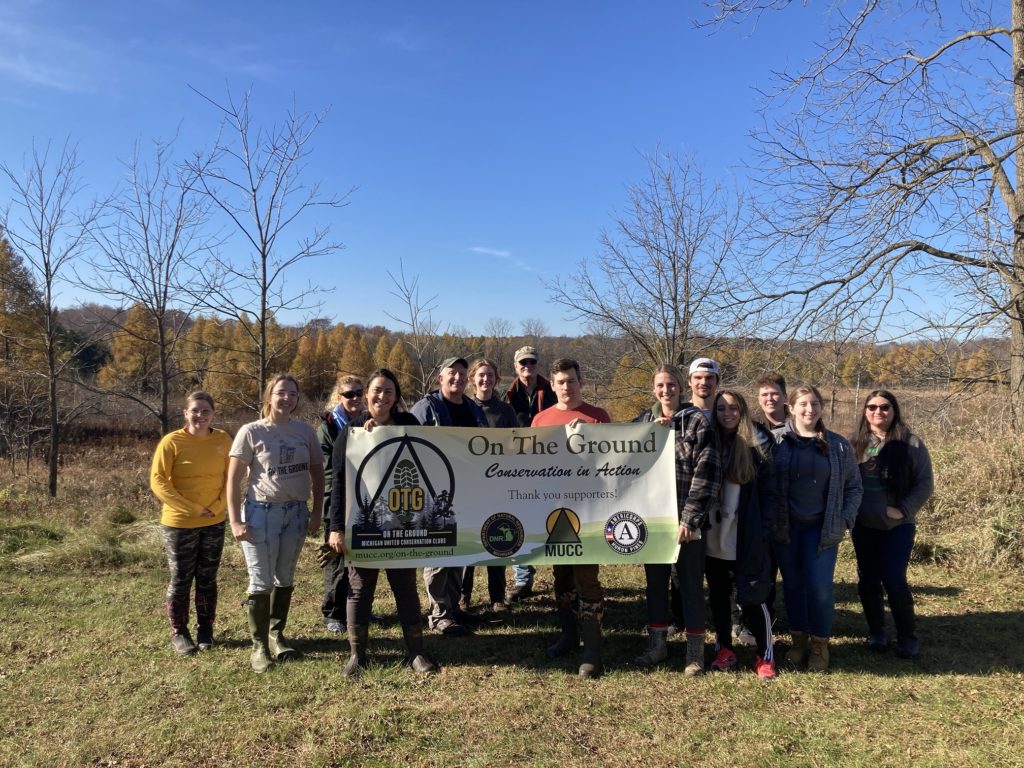 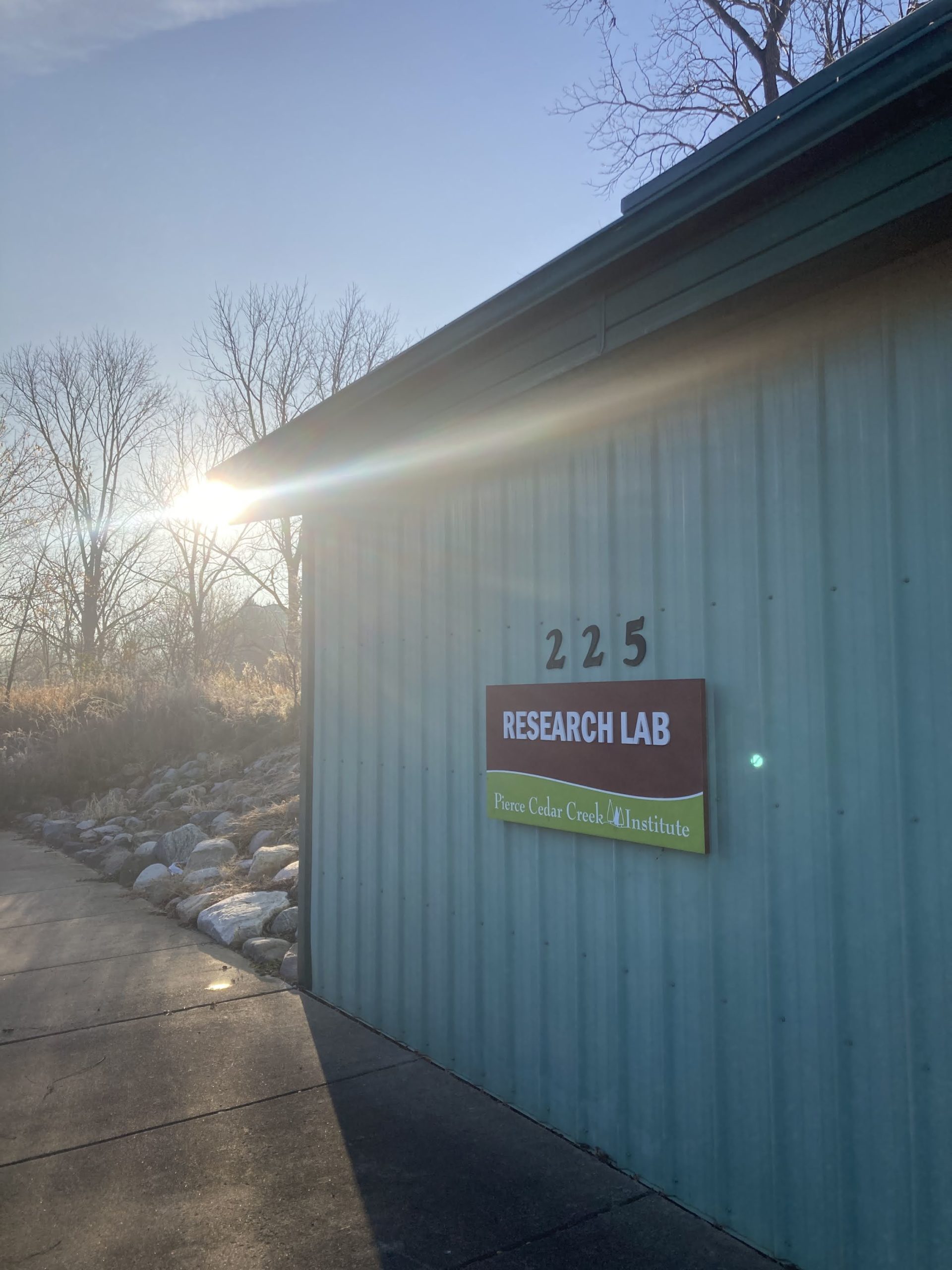 On Saturday, October 29, 2022, 22 volunteers joined MUCC’s OTG program and Pierce Cedar Creek Institute (PCCI) in removing invasive woody vegetation from critical reptile habitat in Barry County. Volunteers gathered at PCCI’s Research Lab building in Hastings on the foggy and frosty fall morning. After signing-in, they got an introduction to their work site and the species that will benefit from the vegetation removal project. Volunteers promptly got to work sawing, cutting, and stacking invasive autumn olive that’s encroaching on critical reptile habitat in this region.

This project took place in oak woodland/prairie fen habitat that’s sought-after by many reptile species, including eastern massasauga rattlesnakes and eastern box turtles. Prairie fens are a type of wetland with nutrient rich soils that support a wide range of plant species. The transition zone from fen to oak woodland provides these cold-blooded vertebrates the perfect summer breeding and nesting grounds. 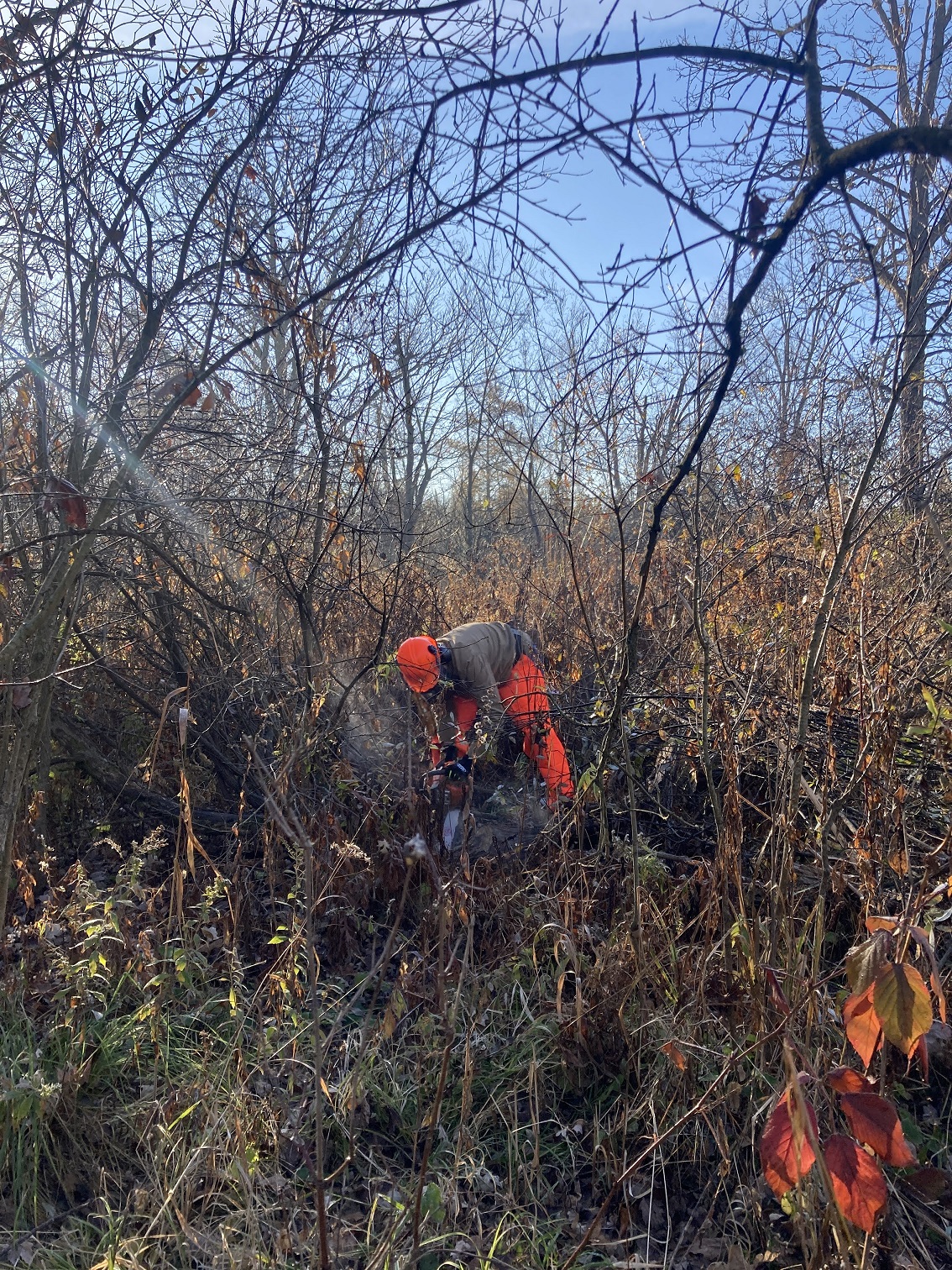 Volunteers went afield with chainsaws and loppers in tow on Saturday. Invasive autumn olive shrubs were the invasive species of focus in this unique prairie fen habitat.

The eastern massasauga rattlesnake is listed as “threatened” under the US Fish and Wildlife Service Endangered Species Act and the eastern box turtle is considered a “species of special concern” in the state of Michigan. The populations of these two species have been declining throughout their range due to fragmentation and loss of suitable breeding and nesting habitat. By removing woody invasives like autumn olive, volunteers helped create a fire break that will be used during a prescribed burn in the future. Fire is a natural process that historically occurred in this prairie fen – fires here help keep the vegetation open, reduce shrub and tree cover, and encourage reproduction of many native plant species. Prescribed fires will only be completed when snakes are inactive to prevent potential loss of reptiles that inhabit the area.

In total, volunteers improved about 1 acre of wildlife habitat and helped create a firebreak that will allow for future habitat restoration activities. Keep a lookout for more opportunities to volunteer with OTG and PCCI in the spring of 2023!

View all posts by Kristina Kennedy →