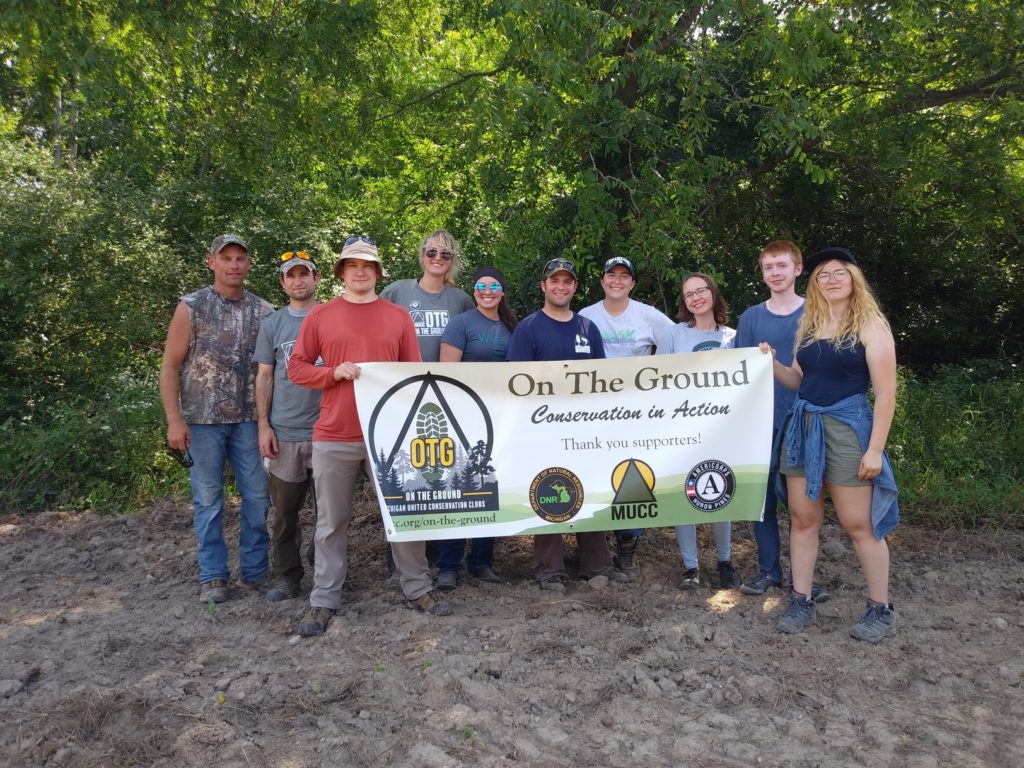 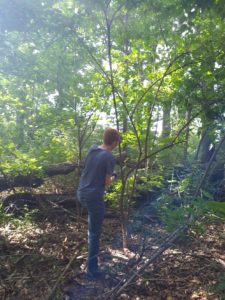 On Saturday, August 3rd, nine volunteers came out to the Rose Lake State Game Area in East Lansing to help improve wildlife habitat. To start the day, volunteers went out to the 24-acre forest located north of the DNR Field Office and gathered at the project site. After introducing the project and its goals, volunteers wasted no time before jumping into the event and starting to remove the invasive honeysuckle that was being targeted for removal. 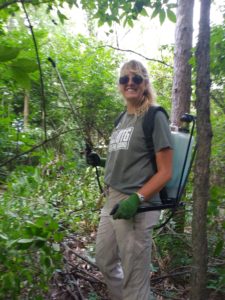 One volunteer who was skilled with the chainsaw began to cut the honeysuckle on one side of the trail, while other volunteers used pruning shears and hand saws to cut the honeysuckle on the other side. This invasive species of honeysuckle can grow as both vine and bush, and due to how quickly the species decays, the pruned vegetation was left where it fell. To further inhibit the regeneration and growth of the species, licensed pesticide applicator Autumn Christenson chemically-treated each invasive honeysuckle stump. 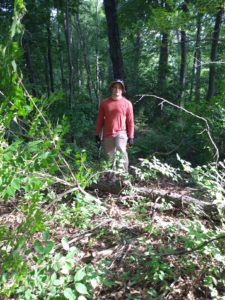 The honeysuckle was dense throughout the understory of the forest we were working to improve, but we were able to tackle an impressive portion of it. Aside from how much work was accomplished by this group of volunteers, I was also impressed by the new people that I was able to meet at this event. Local hunters who wanted to donate their time to give back, MSU students who enjoy being outdoors and want to make a difference, and people who like what OTG stands for and want to be a part of it. I am grateful to all volunteers–old and new– who came out to make this event a success.

There’s still work to be done at this project site, and we will be returning to the area on Tuesday, August 27 for a partnership event with Consumers Energy (CE). We’re looking forward to a great day of public land improvement with the CE team!

There’s still time to participate in an OTG project this season! We will be in the Pigeon River Country performing an oak-release on Saturday, August 17 and in the Gratiot-Saginaw State Game Area clearing dikes of woody brush on Friday, September 6. Register today and join our team of more than 2,500 wildlife volunteers!

Posted in On The Ground and tagged Conservation in Action, Mucc, Ontheground, OTG, Rose Lake SGA, Volunteer For Wildlife
← Genesee County Habitat DayPRC: Oh, how we love our oak trees →