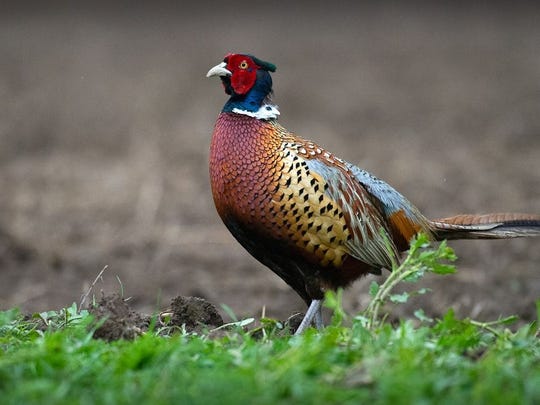 A second year of a pheasant release pilot program in Michigan will not happen in fall 2020 due to economic implications from COVID-19, but hope for a long-term funding source is not gone.

Given Michigan’s projected budget shortfall of about $7 billion over the next two years from COVID-19 fallout, state departments are being forced to cut programs. For the Michigan Department of Natural Resources (DNR), fish stocking and egg collection were significantly reduced, habitat, planned hires and infrastructure maintenance were deferred, and seasonal workers have been delayed or cut back, in addition to the pheasant release program.

The Michigan Pheasant Hunting Initiative (MPHI) is a recruitment, retention and reactivation (R3) program funded through General Fund/General Purpose monies in late 2018 by the legislature. The program’s aim is to stem the tide on hunter loss, recruit new hunters and bring old hunters afield through the planting and harvest of ring-necked pheasants as a first-phase program on Southern Michigan’s State Game Areas (SGA). The release program is not intended to increase pheasant populations in Michigan –  it is only to provide more hunting opportunities.

Michigan United Conservation Clubs was the lead mediator between the MPHI program, legislators and the DNR. The organization passed a resolution, submitted by member Ken Dalton, at its Annual Convention in 2017 calling for a pheasant release program and a long-term funding source for the program to be developed.

MUCC still remains focused on creating a funding source for the MPHI program and wild pheasant habitat throughout Michigan despite the second year of the pilot program being called off, said MUCC Executive Director Amy Trotter.

“We will continue to work on behalf of our member-passed resolution to ensure pheasant hunting can remain a vital tool in the recruitment, retention and reactivation of hunters,” Trotter said. “The MPHI program produced R3 numbers no other hunting initiative has in more than a decade, and we need to figure out how to translate that into meaningful conservation dollars for our state.”

In December 2018, legislators appropriated $260,000 of general fund money to start MPHI. The money was designated to be used throughout the two years of the pilot program. The first year started in the fall of 2019 with 13 SGA receiving about 5,800 released birds and two bookend R3 hunts at Allegan and Shiawassee SGA.

Preliminary survey results show that about 2,850 hunters spent about 12,000 days afield and harvested almost 5,000 pheasants while partaking in the release program. About three percent of these participants were new hunters, and five percent had not hunted in the last five years. In the same survey, 66 percent of MPHI participants said they had not hunted any other small game species before on the respective SGAs and 50 percent said they would have not hunted pheasants in 2019 without the release program.

On March 17, the Michigan House of Representatives passed House Bill 4313 with a bipartisan vote of 78-15, sponsored by Rep. Gary Howell (R-North Branch) and a slew of other representatives. The bill calls for a pheasant stamp to be created in order for hunters to pursue the gamebird and for the monies collected to be used to sustain the MPHI program and for habitat in Michigan.

HB 4313 stipulates 75 percent of the stamp monies collected to be used for the MPHI program and 25 percent to be used to “restore or enhance state-owned lands to be managed for the benefit of pheasants.” Those under the age of 16 would not be required to buy a stamp, according to the current language in the bill.

“Ultimately, we have to find some balance between successful, but rather localized and often private, efforts to grow Michigan’s wild pheasant population and recruiting hunters to accessible public land to introduce them to the sport,” Green said. “The MPHI program proved to be a great conduit for new or inexperienced hunters to cut their teeth on pheasants in a more controlled environment before seeking out wild birds on the select Michigan public lands that hold them.”

Pheasant hunting saw its heyday in Michigan in the 1950s and ‘60s. However, for a multitude of reasons including agricultural practices, federal money, hunting practices and sprawl, pheasant populations throughout the state have sharply declined during the past half-century.

“October 20 used to be a holiday for school kids in Michigan,” said Ken Dalton, MPHI founder. “And before the 2019 pheasant season and MPHI, it was rare to see parkings lots with cars in them on opening day except for a few pieces of public land in Michigan that have wild birds.”

HB 4313 is currently awaiting a hearing in the Michigan Senate Natural Resources Committee.