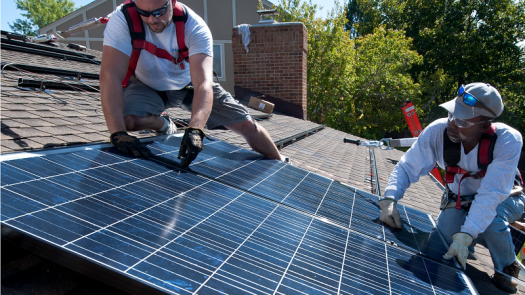 A bill introduced in the Michigan Legislature earlier this year aims to remove the distributed generation cap in the state. House Bill 4236, sponsored by Rep. Greg Markkanen (R-Hancock), would remove the cap and allow more individuals to install solar on their home and at their properties.

Michigan United Conservation Clubs supports HB 4236. Since the 1970s, MUCC members have been on record supporting development of solar, especially for home installations. Several resolutions have been passed solidifying this position.

More recently, MUCC has been working with state departments to deter large scale solar siting and installation on public lands. If siting must occur on public lands, MUCC urges that it  be placed on buildings or on less-than-desirable state-owned land. In order to take the pressure off the Department of Natural Resources (DNR), one of the largest land managers in the state, the state must allow individual homeowners, farmers and small businesses to install solar on their homes if they so choose.

State buildings should also be able to install solar on their structures. For example, the Michigan Department of Natural Resources recently put out a request for proposals to install solar panels at their Oden State Fish Hatchery. Depending on the size of these installations, the current distributed generation cap will likely be a serious impediment for state departments that want to pursue renewable energy for their facilities.

MUCC recently released a report titled Changing Seasons which covers the impacts of climate change to Michigan’s wildlife and fisheries. A link to the report can be found here. While many of the mitigation strategies and solutions aren’t specifically energy-related, allowing homeowners to install solar panels on their homes if they so choose fits as one potential solution. If homeowners can independently produce their own energy, there will be less need for swaths of land (both public and private) being taken up with solar panels. Large solar developments can have an impact on wildlife habitat, hunting access and migration.

If this is a topic that you feel passionate about, join MUCC in supporting this legislation by calling your representative to express your support for the bill and have them urge the House Energy committee to pass the bill, sending it for a vote on the House floor. Find your state representative here.