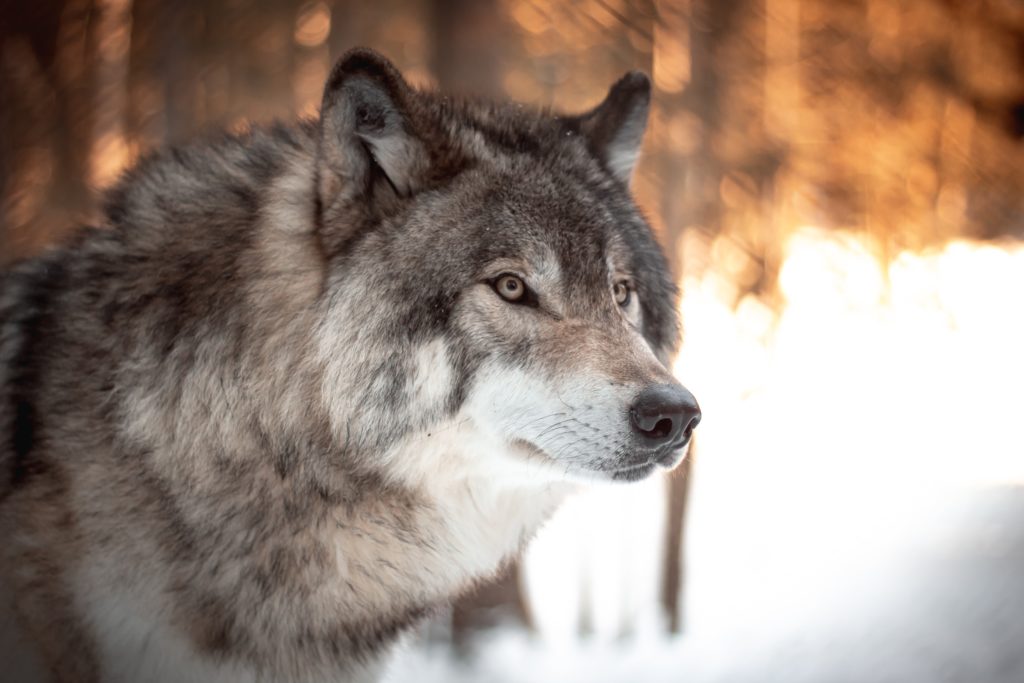 Emotional rhetoric and misinformation from anti-hunters didn’t deter committee members from voting through a resolution Thursday calling for a 2022 wolf hunting and trapping season in Michigan.

Michigan United Conservation Clubs (MUCC) Executive Director Amy Trotter was invited by House Natural Resources and Outdoor Recreation Committee Chair Gary Howell (R-North Branch) to give a short presentation to the committee regarding Proposal G, its background and context before the committee took up the wolf resolution.

The Michigan Wildlife Management Referendum, known as Proposal G, requires the Natural Resources Commission, to the greatest extent practicable, use sound scientific management principles regarding the taking of game. It passed with support of about 69 percent of Michigan voters.

“Proposal G of 1996 insulated decisions from politics and emotions regarding natural resources management and secured sound scientific management principles for Michigan’s species,” Trotter said. “It serves as a safeguard against ballot-box biology and political whims dictating the course of Michigan’s natural resources.”

Trotter’s presentation set the stage for committee passage of Senate Concurrent Resolution 7, which calls on the Michigan Department of Natural Resources (DNR) and Natural Resources Commission (NRC) to enact a hunt as part of the state’s wolf management plan this year. The H-1 version of this bill, amending the year from 2021 to 2022, was not online at the time of publishing. The concurrent resolution was adopted by the Michigan Senate in March of 2021.

“This population has far exceeded the federal scope of what would constitute a recovery; it’s well beyond that. Pushing 700 or more at this point,” McBroom said. “I’m not saying extirpate the wolves. I’m saying they should be managed in recognition of the entire picture of ecology in the UP.”

DNR Director Daniel Eichinger submitted comments to the Federal Registry regarding the Trump administration’s wolf delisting in July 2019, noting “The MDNR strongly supports the proposed rule (84 FR 9648) to remove federal protections for gray wolves in the lower 48 United States where populations have recovered.”

At the first meeting of the Wolf Management Advisory Council in August 2021, which Trotter and the DNR have a seat on, Eichinger said, “It is the opinion of the Department of Natural Resources that wolves have met and exceeded the biological recovery goals that would have necessitated protection.”

Trotter said the partisanship surrounding wolves and the management narrative is sickening. Is it coincidence that all Republicans the wolf council has heard from are in favor of a hunt and all Democrats opposed, she asked.

“I want to assure you that we don’t believe wolf management is a partisan issue. It is not red; it is not blue,” Trotter said while relaying MUCC support for the resolution. “We believe that wolf management is managed by sound science and that it should not be partisan. There are hunters and trappers from each of your districts.”

Nichole Biber, a member of the Little Traverse Bay Band of Odawa Indians and a representative of the Anishinaabek Caucus of the Michigan Democratic Party, said the resolution lacks any mention of tribal consultation. The wolf is a sacred animal to Biber’s tribe, she said, and they should be consulted.

The Michigan DNR has been in consultation with the seven sovereign tribal nations in Michigan regarding wolf management throughout the state’s process, and they will continue to do so, said Dan Kennedy, the DNR staff person assigned to the WMAC, at the December meeting.

In previous statements made to the WMAC, representatives of the Anishinaabek Caucus have stated that there is unanimous rejection of a wolf hunt by tribal leadership among the 12 federally recognized tribes in Michigan; however, individual tribal members have testified in support of wolf hunting and felt they have been misrepresented.

Biber said she would love and be lucky to have a pack of wolves relocated to her 140-acre property near East Lansing.

The lack of sincerity and empathy those not living with wolves sometimes portray is disheartening, said Nick Green, MUCC public information officer.

Humane Society of the United States Michigan State Director Molly Tamulevich stated there was scientific data showing that hunting would result in increased poaching – these conclusions are drawn from a researcher who hosts a webpage called Carnivore Coexistence Lab and the data cited is based on responses to a survey, not evidence in the field.

“Ms Tamulevich has diminished the contributions of hunters and conservationists to management and has never been able to articulate what HSUS has actually done to help wildlife in Michigan,” Green said. “Her continued reliance on these biased advocates illuminates a clear disdain for the facts, science and biology that should be driving these decisions.”

Erik Schnelle, MUCC member and state council president for the National Deer Association, told the hunter-led recovery story of the giant Canada goose, black bears and white-tailed deer. All three species were on the brink of extinction before hunters and conservationists, employing the North American Model of Wildlife Conservation, helped to recover their populations using the same management tactics we use today.

“Wolves could benefit from both scientific management to keep wolf populations and their prey at healthy levels and from passionate hunter-advocates just like black bears currently have,” Schnelle said.

Federal delisting criteria required Michigan and Wisconsin’s combined total to be at least 100 wolves for five consecutive years in order for delisting to occur. According to the DNR, the two states’ combined population has totaled more than 100 wolves since 1994 and was nearing 1,900 wolves in 2020.

The 1997 Michigan Wolf Recovery and Management Plan outlined a recovery goal of 200 wolves in the state for five consecutive years in order to initiate a state delisting. The population of wolves has remained above 200 for more than two decades.

In 2009, the Michigan DNR delisted wolves in the state and reclassified them as a protected, nongame species. In 2012, the U.S. Fish and Wildlife Service (USFWS) completed a delisting process for gray wolves and removed them from the Endangered Species Act (ESA) in Michigan, Wisconsin and Minnesota transferring management authority back to the three states.

Under Public Act 21 of 2013 (and subsequently Public Act 281 of 2014 via a citizen-initiated statute creating the Scientific Fish and Wildlife Conservation Act), the NRC used its authority to name wolves a game species and created the first modern-day wolf hunt in 2013.

Michigan’s 2013 hunt was a carefully controlled management opportunity in the fall of 2013. 1,200 licenses were sold over the counter for $100 to residents ($500 for non-residents), with a target harvest of only 43 wolves across three small management units in the Upper Peninsula.  Mandatory registration of harvest was required, as was calling in to verify the season was still open at the beginning of each day.

Much like Michigan’s limited sturgeon spearing season on Black Lake, a hunt ended in a unit when the target harvest was reached within it. Only 23 wolves were harvested during the six-week season.

In 2014, however, a federal judge ordered wolves be placed back on the federal Endangered Species List (ESL), trumping both the Michigan Legislature’s 2009 decision and the 2012 USFWS rule.

Trotter said gray wolves’ recovery in Michigan is a true success story, but more work needs to be done to fix the federal triggers that place species on or remove them from the ESL.

“The recovery of wolves in the Great Lakes Region has proven the effectiveness of the Endangered Species Act and what it was designed for,” Trotter said. “However, the process has also shed light on just how hard delisting a recovered population is and the lengths anti-hunters will go to through litigation to keep the species from being managed.”