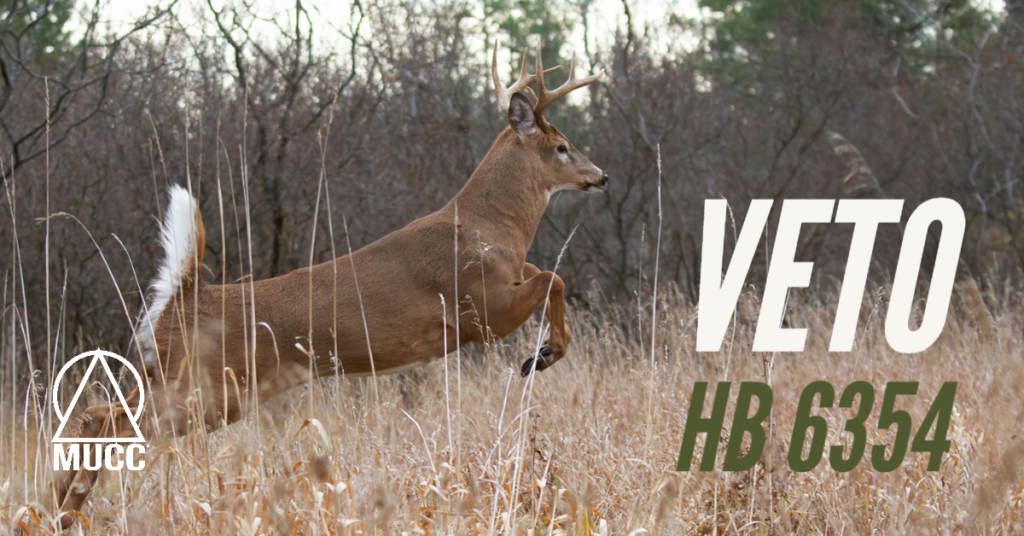 On Wednesday, the Michigan Senate followed the House’s lead and chose to score cheap political points and forgo good policy, the best interests of Michigan’s hunters and Michigan’s natural resources.

The Senate passed, on a bipartisan 26-10 vote, an amended version (H-5) of HB 6354 which subverts Natural Resources Commission (NRC) authority and almost guarantees Michigan hunters could continue to face misdemeanor charges for failing to report deer harvests if vetoed by Gov., Gretchen Whitmer.

The bill removes the NRC authority to require reporting of a deer harvest. It also sets a dangerous precedent for subverting NRC authority.

Michigan United Conservation Clubs (MUCC) has sent a letter to Governor Whitmer requesting a veto, that letter can be viewed in its entirety HERE.

While MUCC remains neutral on the implementation of mandatory deer harvest reporting, we will adamantly oppose attempts by the legislature to seize power from the politically-insulated commission process solidified in state law through Proposal G of 1996.

MUCC was founded in 1937 under the belief that politics should not play a role in the management of our natural resources. While the commission decision-making process may at times be far from perfect, it provides some level of insulation from political whims and is far superior to allowing wildlife management to occur by popular vote.

The legislature’s amended bill, if vetoed by the governor,  means that non-compliance with mandatory harvest reporting will remain a misdemeanor, which the NRC or DNR have no authority to change; that power rests solely with the legislature.

MUCC sent an email yesterday to senators urging an amendment to restore the original bill language which simply would have decriminalized failure to report a deer harvest, if the language remained unchanged the letter asked for a NO vote on HB 6354. That letter can be viewed HERE.

Posted in Policy and tagged deer, NRC, policy, reporting
← On the Ground: A Year in ReviewMichigan Legislature Approves Supplemental Including $100,000 for Pheasant Release Program →