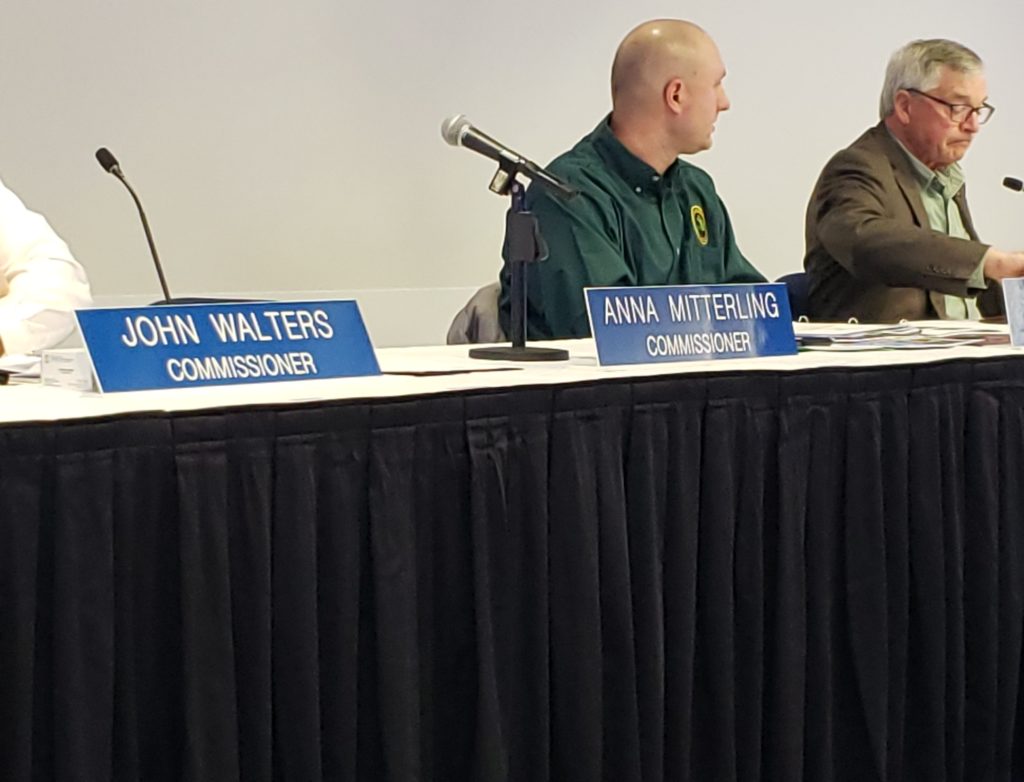 Mitterling’s seat sits unfilled after she received notice, during the commission meeting Thursday, that the Senate voted to disapprove her appointment.

In a mostly party-line vote, Senate Republicans were able to vacate the appointment of Anna Mitterling, an independent, from the NRC. Sen. Bumstead (R-Newaygo) was the only GOP member to vote against removing Mitterling.

Michigan United Conservation Clubs (MUCC) Executive Director Amy Trotter expressed disappointment in the Senate, noting that “appointments to the NRC are not political footballs,” and appointees “should be judged on their character and qualifications to serve, not treated as ‘pawns’ in a game of political vengeance.”

“Conservation and a commitment to science in the management of Michigan’s wildlife should be placed above partisanship,” Trotter said. “Hunters and anglers suffer when politicians decide, for reasons completely unrelated to our natural resources, that caucus fealty is more important than the resource.”

Senate Majority Leader Mike Shirkey (R-Clark Lake) said Mitterling was rejected because of concerns over “her ability to understand the immensity of the commission and the very important need to provide guidance,” according to MLive. “She looked like she just came across as being a little bit not willing to make tough decisions, quite frankly,” he said.

Sen. Curtis Hertel Jr. (D- East Lansing) said in his testimony on the Senate floor that the removal of Mitterling is certainly tied to the appointment of former Grand Rapids mayor George Heartwell, who made anti-gun statements during his tenure as mayor. Sen. Shirkey did not deny the accusation.

“I am disgusted by the Senate’s action, today,” Sen. Hertel said. “The Senate’s constitutional responsibility through the advice and consent process is meant to discern whether someone is qualified to serve. As a scientist, hunter, mentor and active member of her community, Anna Mitterling is, in fact, overqualified for this position. Instead of confirming this excellent candidate, Republicans chose to play political games, and she suffered because of it.”

Sen. Bumstead, the lone defector from the GOP on the vote, said Mitterling was more than qualified for the NRC appointment.

“After reviewing the information provided by the Senate Advice and Consent Committee regarding Anna Mitterling, I was convinced that she not only met but exceeded the qualifications for someone to serve on the Michigan Natural Resources Commission,” Bumstead said. “That’s why I voted against rejecting her nomination. I appreciate her experience and qualifications and am sorry that she will not be able to serve Michigan on the NRC.”

Mitterling was appointed to the commission Dec. 18, 2019 by Gov. Gretchen Whitmer. She is a biology professor at Lansing Community College and a former wildlife coordinator with the Michigan United Conservation Clubs. She holds a Master of Science in fisheries and wildlife degree from Michigan State University. Her master’s thesis detailed the intersection between private-land cooperatives and wildlife.

Mitterling is an avid deer hunter, shed hunter and spends countless days each year recreating outdoors with her family. She has spent numerous hours in the MSU disease lab testing deer for chronic wasting disease (CWD) and bovine tuberculosis. She has completed browse surveys to assist in deer management all over the state.

Mitterling testified in front of the Senate Advice and Consent Committee defending her appointment on Jan. 30. Senator questions ranged from payment in lieu of taxes issues to the use of drones to enforce wildlife violations – neither of which fall under the purview of the NRC.