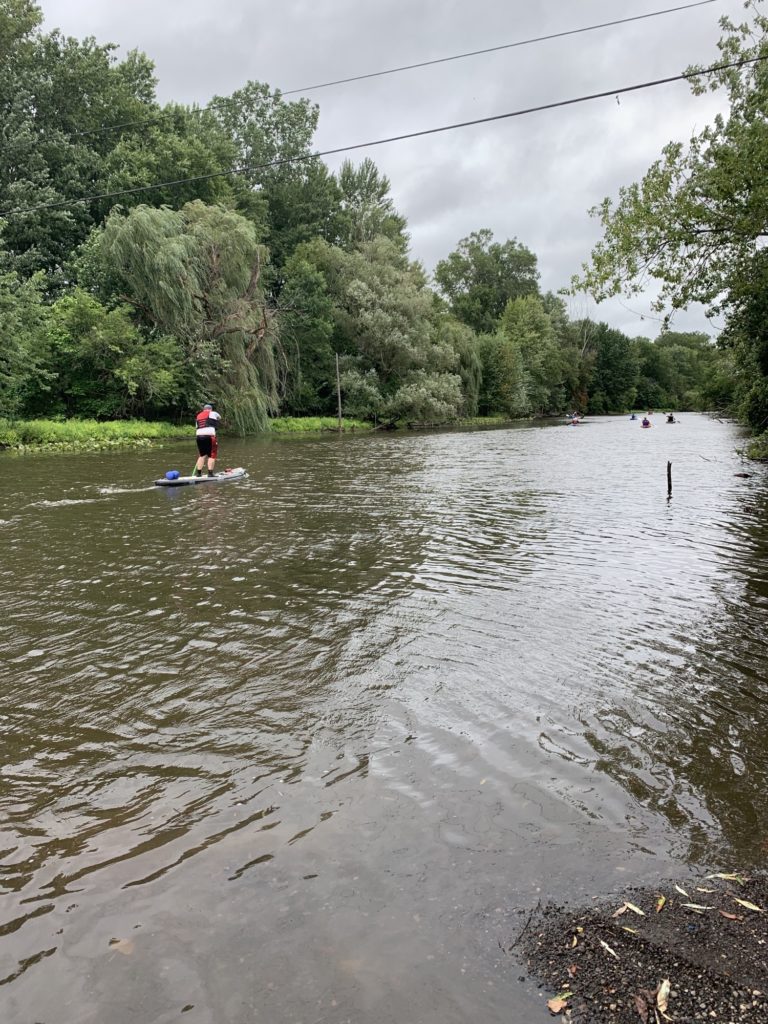 MUCC’s On the Water (OTW) hosted a successful cleanup of the Red Cedar River this past Saturday at McCormick Park in Williamston. OTW partnered with the Ingham Conservation District, Friends of the Red Cedar and River Town Adventures to bring a total of 27 volunteers out to remove trash from the river.

The volunteers split up into three work teams to cover as much of the area as possible. The first group paddled from 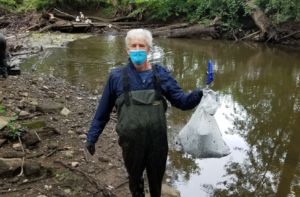 McCormick Park, in kayaks generously donated by Paul Brogan and Rivertown Adventures, to remove trash from the section of the Red Cedar upstream. Another group of volunteers hiked around McCormick Park, Williamston Community Township Park and Red Cedar Roadside Park to pick up trash left behind, that on a windy day would be likely to be blown right into the river. Some volunteers at McCormick Park even brought along a fishing magnet to help remove metallic debris that had gathered near the Putnam Street Bridge. The third group of volunteers went over to the log jam behind the Red Cedar Used Auto Sales dealership and went into the river with waders to remove the trash that had gathered on the log jam. In total, a little over 225 lbs of trash were removed from the Red Cedar River on Saturday.

Aside from removing trash from the river on Saturday, this event was also able to highlight the efforts of the Ingham Conservation District and the City of Williamston in their participation in the “Smart Management of Microplastic Pollution in the Great Lakes” project by Wayne State University. This project is a three-year innovative approach “aimed at reducing microplastic pollution in communities surrounding the Great Lakes.” The City of Williamston is one of two pilot communities in this effort and to learn more about Microplastics and how they can harm an ecosystem follow this link.

Posted in On The Water, Uncategorized and tagged Conservation, Habitat, Huron Pine AmeriCorps, on the water
← Plant Trees with the OTG Program this OctoberFisheries Orders up at September NRC Meeting →