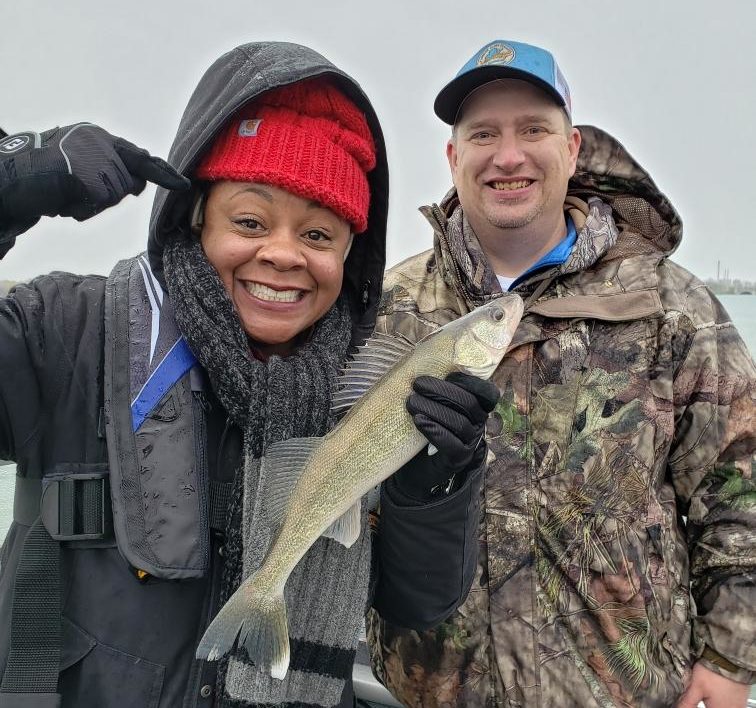 A proposal to increase the bag limit to six walleye on the Detroit River for the month of April aims to have anglers netting more fish next season.

The meeting will take place Sept. 12 at Northern Michigan University’s Northern Center Ballroom 1, 1401 Presque Isle Avenue, Marquette. If you are unable to attend but would like to watch, check out the MUCC Facebook page! A full agenda for the day can be found here.

The day starts at 10:30 a.m. with the Policy Committee on Fisheries and Wildlife. Michigan Department of Natural Resources (MDNR) Fisheries Division Chief Jim Dexter will be reviewing the fisheries regulations that will be before the Committee of the Whole (see below). An update from the Wildlife Divison will follow highlighting white-nose syndrome in bats.

Following a break for the lunch, the NRC Committee of the Whole will convene at 12:30 p.m. starting with a report from the MDNR Director Dan Eichinger. The director will start by providing an update on the parks and trails in our state followed by recognizing former NRC commissioner J.R. Richarson and former Michigan State Park Advisory Council Member Jim Hendricks.

MUCC staff will then present the unsung hero award to Stacy Welling Haughey, a DNR staff member in the UP, which was also given during our Annual Convention in June. Following the director’s report will be a legislative report and a committee report from the morning’s meeting.

A change in fisheries orders 205 is being proposed to be consistent with regulations in Wisconsin. The boundary waters of Wisconsin and Michigan are cooperatively managed by the states. Changes in the order include matching Wisconsin’s minimum size limit of muskellunge which is 50 inches, and a possession season extension for muskellunge and bass. Both of the possession seasons will be extended to December 31 if this proposed order was to be passed.

Changes to the fisheries order aim to address size structure concerns of northern pike populations, protect spawning walleye in an area where they are susceptible to harvest and address concerns stemming from the same waterbody having multiple common names. See the clickable link for information regarding these changes.

This change would add the Detroit River, St. Clair River and Lake St. Clair to the annual walleye harvest quota process for Lake Erie. This would allow one additional walleye, for a total of six, to be harvested in the Detroit River from April 1, 2020 to April 30, 2020. This change is supposed to help with more streamlined management and reduce confusion among anglers.

This change in the order would allow hunting and trapping in the Watkins Lake State Park & County Preserve.

A proposed change to Otsego Lake Pike Marsh closure time listing from “whenever marsh is in operation” to “March 16-June 15.”

Proposed changes in Fisheries Order 210 include modifying the downstream boundary for the Upper South Branch of the Thunder Bay River in Montmorency County, which will extend the Type 1 regulations an additional three and a half miles. The boundary would be moved to the Flecther Floodwaters.

The department also recommends modifying the listing for the East Branch of the South Branch of the Waiska River in Chippewa County in the Order to include the name Hutton Creek in parentheses.

The department is recommending adding two catch-and-immediate-release fishing opportunities for the St. Marys River in Chippewa County and all waters of Portage and Torch Lake in Houghton County.

For Information – Director Only

This change in the order addressed the issues of delinquencies of late reporting by state-licensed commercial fishing. Under the change, reports not received by the department by the tenth day following the end of the month shall be considered delinquent.

For Action – Director Only