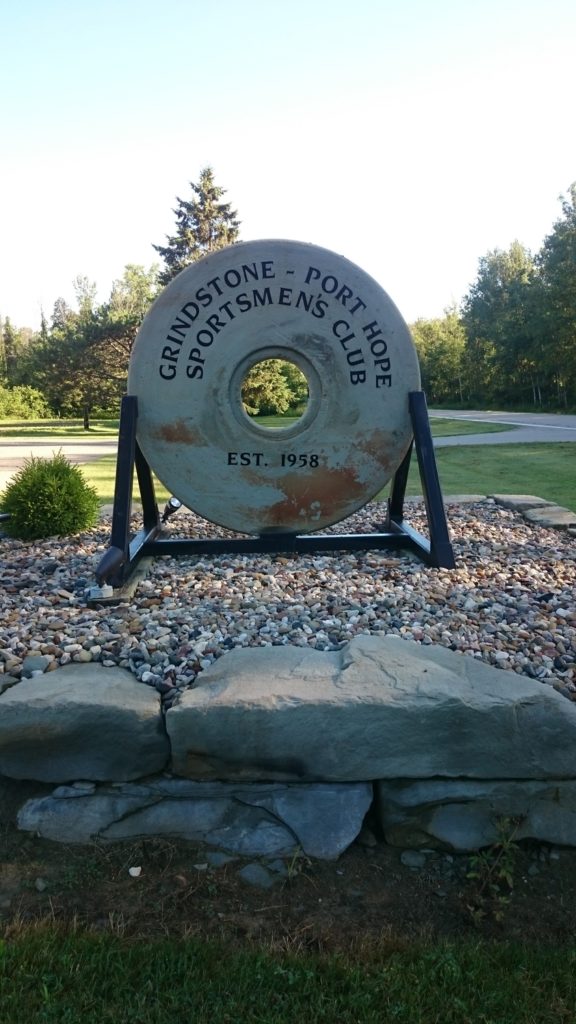 On the last Saturday in July, I spent my day in the northeast tip of Michigan’s thumb.   On the 27th, my co-pilot and I made the six hour round trip journey to showcase MUCC’s education programs in what has become an annual event.  We made the trip to the Grindstone-Port Hope Sportsman’s club third annual youth outdoors day! This day was designed to get local kids and their families outside during the summer to introduce them to hunting and conservation.

The Grindstone Sportsmen’s Club was formed in 1948, and they later merged with the Port Hope sportsman’s group.  The club was fully incorporated in 1959 and has been going strong for the last 50+ years.  The club boasts roughly 360 members and is known for their hunter’s ball, social events like steak dinners, and is a sponsor of the local FFA where they help kids raise pheasants.  Thanks to generous sponsorship from Whitetails Unlimited, the club has been hosting a youth day for three years now, and I have been able to attend two out of the three.

This year once again, the weather cooperated, although a bit on the warm side 85 degrees and sunny with a slight breeze.   When I pulled into the parking lot, there was already an army of roughly 30 volunteers putting the final touches on preparation for the day’s events.  Led by President Jim Stephens and event coordinator Bob Hurren, the volunteers were quick efficient and excited for the kids and families to show up around 10 AM. 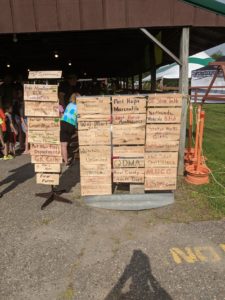 The event was held from 10AM-2PM with bucket drawings and door prizes for all of the kids.  The coordinators were expecting about 100 kids who had pre-registered but they planned for and were hoping to get closer to 150.  By the end of the day, more than 140 kids attended the event.  Adding parents and other visitors to the mix and the count was much closer to 225.

Once the kids arrived and dropped their tickets in the prize bucket of choice (prizes included; bikes, fishing gear, water sports equipment, a drone, and even an air rifle) they were free to check out the different booths and educational tents.  This years group of exhibitors had grown with a few new additions including a taxidermist and a couple other conservation clubs including MUCC affiliate Harbor Beach Conservation Club.  The kids had the opportunity to shoot archery and bb guns (sponsored by Pheasants forever), the local chapter of QDMA was there talking about food plots, and a representative from Hotshot Outfitters was giving kids free hats and shirts.  The fire department brought their smokehouse, the Sheriff brought one of their boats letting the kids climb inside and learn about safety out on Lake Huron. 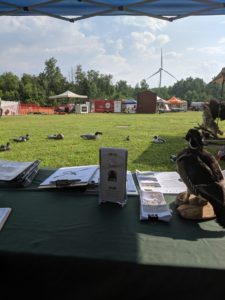 The Law Enforcement Division from the DNR was there with a booth completing the field portion of the Hunter Education course, and I was there representing MUCC handing out TRACKS Magazine and teaching the kids about Michigan waterfowl.  In addition, the Michigan Avian Experience gave a great presentation on birds of prey.  The kids and families loved seeing owls up close and the star of the show was the bald eagle.

The kids seemed to have a great time at the event and many of the families who arrived at the beginning stayed the whole day through the prize drawing at 2 PM.  Many kids went home with impressive giveaways and even the ones who did not win a bucket still had door prizes and other giveaways from the booths.

From my perspective as an exhibitor, overall, it was a great event with good community turnout and educational programming.  The club should be proud of the job they did! They represented their organization and the people of the thumb well! Getting over 140 kids involved on a Saturday in the middle of summer is no small feat. Best of luck with year four!