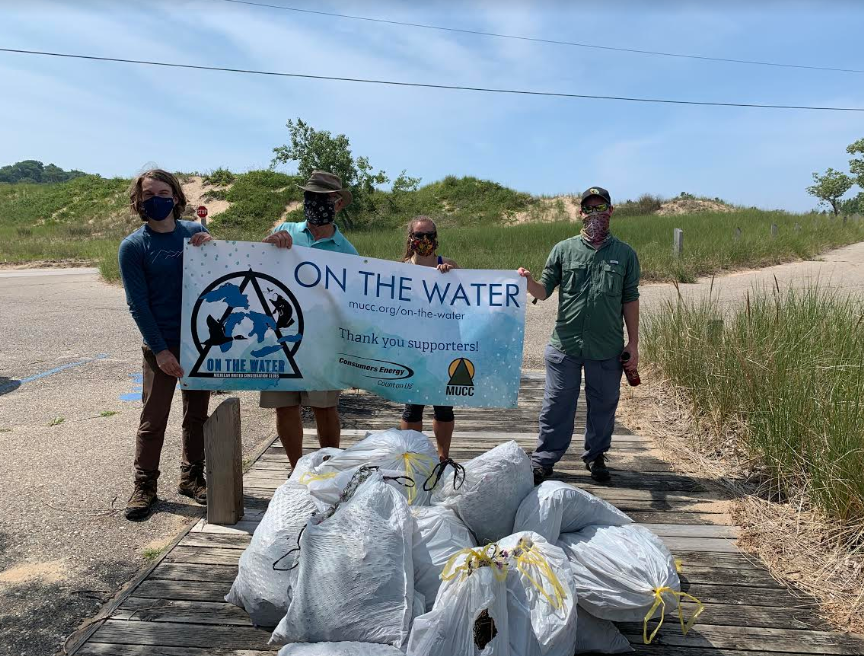 MUCC’s On The Water(OTW) Program was out this past Saturday for its third straight weekend in the field. The mission of the day was to remove the invasive species Spotted Knapweed (Centaurea stoebe) from sensitive areas on the Kitchel-Lindquist-Hartger(KLH) Dunes Preserve. 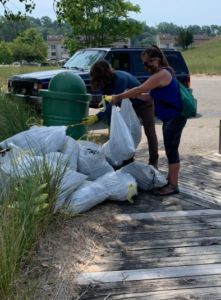 We began at 9:00, as our determined team of four set out for a particular area of the dunes with a patch of Pitcher’s Thistle. According to Michigan Natural Features Inventory (MNFI), the key characteristics of Pitcher’s Thistle (Cirsium pitcheri) are “Perennial thistle of open Great Lakes dunes; leaves bluish-green with few spines, densely covered by white-woolly hairs, forming only a basal rosette when young; flower heads numerous and very pale in color.” Pitcher’s Thistle is designated as a legally threatened species, which is why we concentrated our volunteer efforts to remove the Spotted Knapweed growing nearby. The concern with Spotted Knapweed is that it is poisonous to other plants and if left unmanaged it will spread and create areas of the dunes where nothing but knapweed grows.

After only three hours, we pulled twenty bags, around 110 pounds, of Spotted Knapweed from the dunes. It was a great opportunity to get outside and learn more about the impact invasive species can have on freshwater dunes ecosystems. The highlight of my day was working with like-minded and passionate volunteers from MUCC and KLH. If you live on the west side of Michigan, you should certainly make it a point to get out and recreate responsibly at the KLH Dunes Preserve.

To learn how you can get involved and volunteer with hands-on conservation work, follow this link to see the August schedule of OTW events.

Posted in On The Water and tagged Conservation, Habitat, on the water
← On the Water July UpdatesJudge rules to extend decree, denies expanding tribal fishing zones →