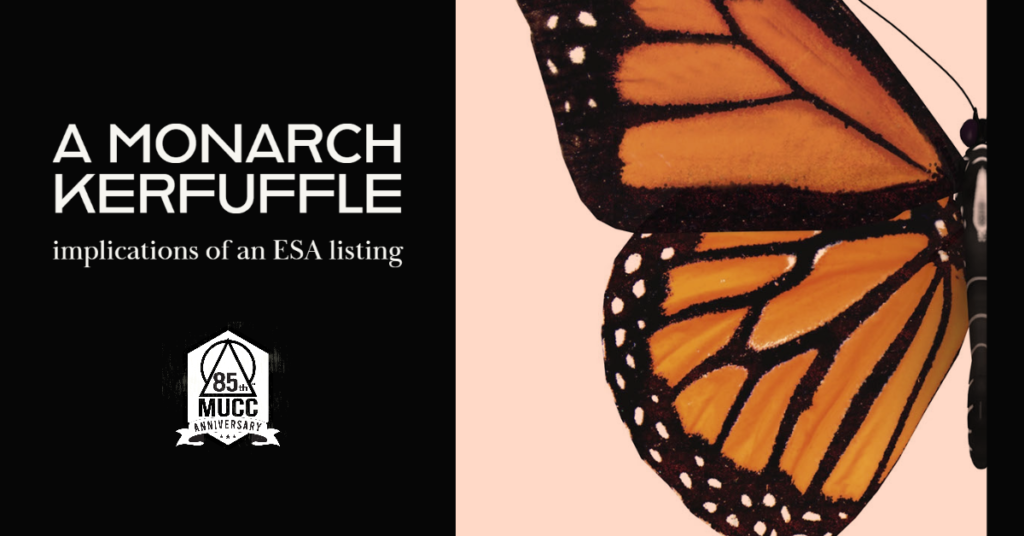 Problem is it was (mostly) clickbait.

As far as the United States Fish and Wildlife Service (USFWS) is concerned, monarch butterflies are classified as a candidate for listing.

The article is actually about the The International Union for the Conservation of Nature (IUCN) listing monarchs as endangered. According to their website:

“Created in 1948, IUCN is now the world’s largest and most diverse environmental network, harnessing the knowledge, resources and reach of our more than 1,400 member organizations and 15,000 experts. This diversity and expertise makes IUCN the global authority on the status of the natural world and the measures needed to safeguard it.”

The IUCN’s endangered species list, or red list as they call it, carries no legal or administrative weight. The list serves as a call to action for governmental actors and regulatory agencies.

While the decline of monarchs is absolutely concerning, the lesson here is that there is always more to a story than a headline.

A listing as federally endangered, as according to the ESA, brings with it a series of problems that we have seen with countless other species, some even in Michigan.

The largest and most glaring issue is how species become delisted once they are listed. Currently, there is no effective tool or process to delist a species regardless of whether or not the species is recovered. Species tend to stay on the list indefinitely through bureaucratic technicalities, improper listing criteria in the first place, perpetual litigation or some combination of the three.

A second problem is the unknown complications a monarch listing would have to farmers, developers or anyone else working near monarch habitat. If a milkweed pops up in a field, does all work have to stop to ensure there is not a caterpillar on it? A plan to manage a federally listed monarch butterfly could be exceptionally complicated.

But the neat thing about monarchs is that YOU can help create new monarch habitat at your own home. Monarch Joint Venture has resources and information you can use to create habitat for monarchs and other pollinators.

You can also get involved in the protection of monarchs and other threatened non-game species by calling your federal legislators urging them to support the Recovering America’s Wildlife Act (RAWA). RAWA has the chance to be a generational piece of conservation funding on the same level as Pittman-Robertson and Dingell-Johnson. RAWA has passed the United States House of Representatives and is now awaiting a vote in the United States Senate.

MUCC will continue to search avenues to modernize the ESA and provide a legal framework for species to gain a durable delisting.