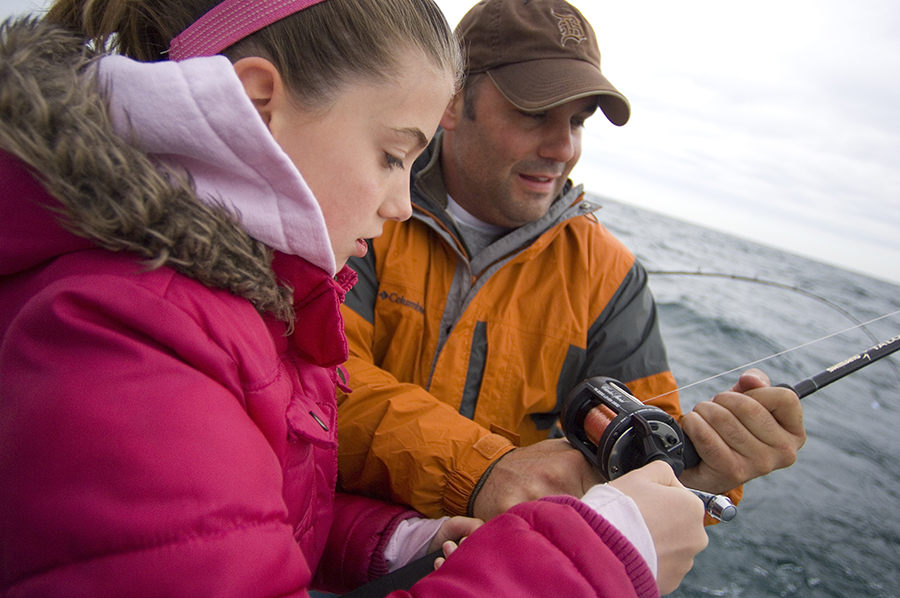 A coalition fighting to protect Michigan’s sport fish and recreational fishing will have its request to intervene in a treaty right case heard in federal court on August 25.

The Coalition to Protect Michigan Resources (CPMR) and Bay De Noc Great Lakes Sport Fishermen jointly seek to intervene because they believe the State of Michigan is not protecting its fishery resources.

On Monday, United States District Judge Paul Maloney granted the coalition’s request to be heard in open court on their motion. The court also asked all parties to address a federal court of appeals decision (Wineries of the Old Mission Peninsula Ass’n v. Twp. of Peninsula) that granted a local association’s request to intervene in another federal lawsuit.

This is the second filing (click here to read) from the conservation coalitions in less than a month. The first challenged the State of Michigan’s ability to represent its members and protect the fishery in the ongoing Great Lakes Consent Decree negotiations, to which CPMR has been recognized as a friend of the court (amicus curiae) since the 1990s. The filing asks the judge to grant intervenor status to CPMR and the Bay De Noc group.

“The recent decision lays a foundation for CPMR and our members to have their day in court and make their position known,” Radenjovich said. “We are optimistic that the voices of tens of thousands of our members, who are boaters, charter captains, recreationists and anglers, will be heard in this case.”

“Amicus” status allows CPMR and the Bay De Noc group to attend negotiations as interested parties; however, it stops short of allowing the coalition to have any legal standing in negotiations.

Each party is bound by a non-disclosure agreement that prevents them from discussing specific proposals.

“The NDA has acted as a gag order for CPMR,” Radenjovich said. “It isn’t protecting the parties’ negotiations. It is stifling opposition and the public’s right to know.”

The motion for intervention

In mid-July, CPMR filed its motion (click here) seeking to intervene in the ongoing negotiations, citing the state’s inability to represent its members’ interests.

The filing reads: “The breakdown in the relationship with the State has gotten to the point that Intervenors believe the Great Lakes fishery resources are threatened through the abandonment of sound biological principles that we believe should guide decisions related to the fishery, abandonment of a roughly 50-50 shared allocation of the fishery set forth in the 2000 Decree and abandonment of terms from the 2000 Decree that have allowed tribal commercial and state recreational fisheries to coexist for decades.”

In the state’s reply to CPMR’s filing (click here to read), it states, “Without the ability to disclose what is happening in these negotiations, Proposed Intervenors [CPMR] cannot establish that the State is not representing their interests in those negotiations.”

“This is simply not true and meant to plant a false flag,” said Radenjovich. “The non-disclosure agreement is a shield to protect the parties, not a sword to thwart the opposition.”

“The impetus for our motion is clear: The State of Michigan has abandoned its duty to protect our members’ interest in sport fishing, motor boating and recreating,” he continued. “More problematic is the abandonment of sound biological principles that govern our Great Lakes fisheries in the treaty waters.”

In 1985 and 2000, negotiated decrees were approved by the court to govern tribal and state fishing regulations in certain waters of lakes Michigan and Huron from Grand Haven north around the tip of the mitt to Alpena and most of eastern Lake Superior.

Primarily, the current decree governs the balance between recreational and tribal commercial fishing of lake trout, salmon and whitefish in these waters in the Treaty of 1836 through an approach that creates zones for tribal and recreational fishing.

CPMR has its roots in the 1979 court ruling that affirmed tribal rights under the 1836 Treaty. In 1984, coalition members were granted amicus status as the first agreement on fishing rights was negotiated. The coalition and its members have worked closely on each iteration of the decree since.

CPMR comprises a board of directors whose members include MUCC, the Michigan Charter Boat Association, Michigan Steelhead and Salmon Fishermen’s Association, and Hammond Bay Area Anglers Association. It includes numerous other supporting groups throughout the state.

To learn more about becoming involved with CPMR or any of its member organizations, please visit the website: https://protectmiresources.com/.