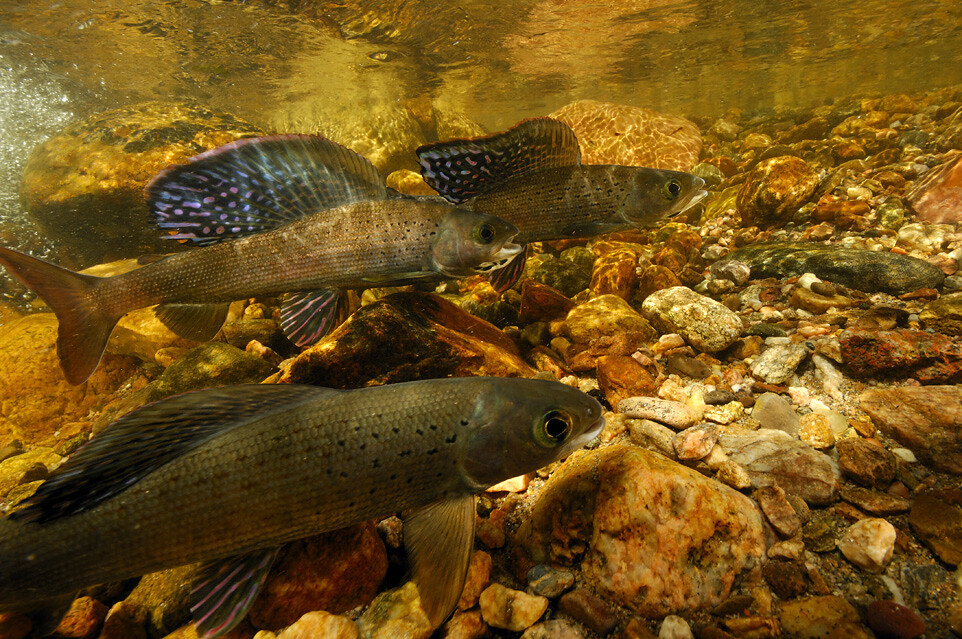 The meeting took place on August 8 at the MSU Veterinary Diagnostic Laboratory. Every NRC meeting is streamed live through MUCC’s Facebook page. If you missed this month’s meeting, feel free to watch it here.

To start the day, the Michigan State Parks Advisory Committee (MSPAC) addressed several items including a management plan for Maybury State Park and hunting and trapping at Watkins Lake State Park. Then, MUCC Executive Director Amy Trotter presented Jim Hendricks with a tribute for 100 years of State Parks in Michigan.

Following the MSPAC, the NRC Policy Committee on Wildlife and Fisheries convened. To start, Michigan Department of Natural Resources (MDNR) Fisheries Division Chief Jim Dexter’s gave an update on fisheries orders 204.20, 210.20 and 240.19. More information on each order can be found here.

Dexter then explained the completion of the UV system at the Oden State Fish hatchery. The system was built to protect Michigan waters from unintentional pathogens that could arrive with the arctic grayling brought to Michigan from Alaska. This project is part of the Michigan Arctic Grayling Initiative.

MUCC has a 2018 policy resolution related to the Arctic Grayling Initiative. The organization will be working closely with stakeholders and DNR staff to ensure that the introduction of grayling in Michigan’s waters will be done efficiently, both fiscally and with angler opportunity in mind.

Dexter went on to discuss fisheries order 200.19A, which focuses on brook trout bag limits. The regulation placed on 33 streams with a 10-brook-trout bag limit will be sunsetting in September. There will be a presentation in October on the issue by the executive director of Michigan Trout Unlimited, Bryan Burroughs and Dr. Dan Hayes from Michigan State University.

MDNR Wildlife Division Chief Russ Mason’s gave an update on wildlife conservation order amendment No. 7 about hunting and trapping at Watkins State Game Area. More information on this order can be found here. Following the update, Dr. Straka and Al Stewart updated the commission on West Nile Virus in Grouse.

After a closed-session meeting with the Attorney General, the NRC reconvened for the NRC Committee of the Whole. To begin the meeting, a director’s report from MDNR Director Dan Eichinger was given. Eichinger began his reports by presenting awards to the following individuals:

Following the awards, MUCC Executive Director Amy Trotter presented the commissioners with an update on the resolutions that were passed at this year’s MUCC Annual Convention. A list of the passed resolutions can be found here.

To conclude this month’s meeting, Eichinger approved all land transactions including the transfer of jurisdiction of Craig Lake State Park that was postponed last month due to a citizen’s concern.

The agenda for this August’s meeting can be found here.