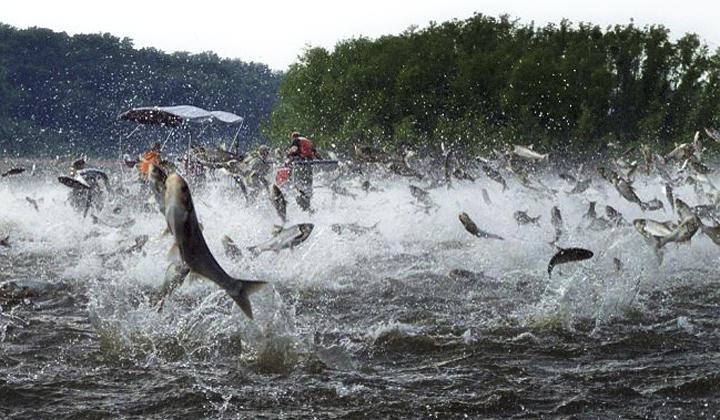 Congress passed a bipartisan bill late Monday night that would authorize the Water Resources Development Act of 2020 (WRDA) and the Brandon Road Lock and Dam project.

The WRDA authorization comes as part of a larger COVID-19 relief package aimed at stimulating the economy, providing economic aid to small businesses and shoring up unemployment benefits. President Trump is expected to sign the COVID-19 relief bill.

The Brandon Road Lock and Dam project — the last chokepoint for invasive Asian carp entering the Great Lakes — would install acoustic fish deterrents, an air bubble curtain, an electric fish barrier and other provisions to help stop the spread of invasive carp such as bighead and silver carp.

Invasive carp not only present a threat to Great Lakes’ ecosystems but also put in jeopardy Michigan’s robust outdoor industry which contributes $11.2 billion annually to Michigan’s economy, according to a study commissioned by Michigan United Conservation Clubs.

“MUCC has worked fervently for more than a decade on invasive Asian carp,” Trotter said. “Finally, after years of advocacy work at the state and federal level, MUCC and its partners in conservation are pleased to see bipartisan federal support for an issue so close to Michiganders’ hearts.”

Trout Unlimited Great Lakes Organizer Taylor Ridderbusch said headway is being made, but work still needs to be done at the state level in Illinois.

“Project authorization and the local cost-share adjustments made through WRDA are major milestones in ensuring that the Great Lakes are protected from invasive Asian carp,” Ridderbusch said. “While this is not the final step, Congress has done their part. It is now up to Illinois and the US Army Corps of Engineers to finalize the design agreement and put Michigan’s investment in the project to work.”

Illinois, the non-federal sponsor of the project, has yet to sign the preconstruction engineering and design (PED) agreement with the U.S. Army Corps of Engineers. The non-federal cost share of the PED is $10 million, of which $8 million has been pledged for by the State of Michigan thanks to bipartisan efforts in the state legislature and advocacy from several conservation organizations.

“We applaud the bipartisan support to authorize the Brandon Road project to help stop Asian carp from entering the Great Lakes,” Smith said. “This project will help protect our fisheries, our outdoor economy and our way of life here in the Great Lakes.”

The Great Lakes Restoration Initiative (GLRI) is expected to see increases in funding through a separate bill passed by the U.S. Senate on Monday. Funding for GLRI would increase to $375 million in fiscal year 2022 and incrementally increase by $25 million until it reaches $475 million by fiscal year 2026. This bill now heads to President Trump’s desk.