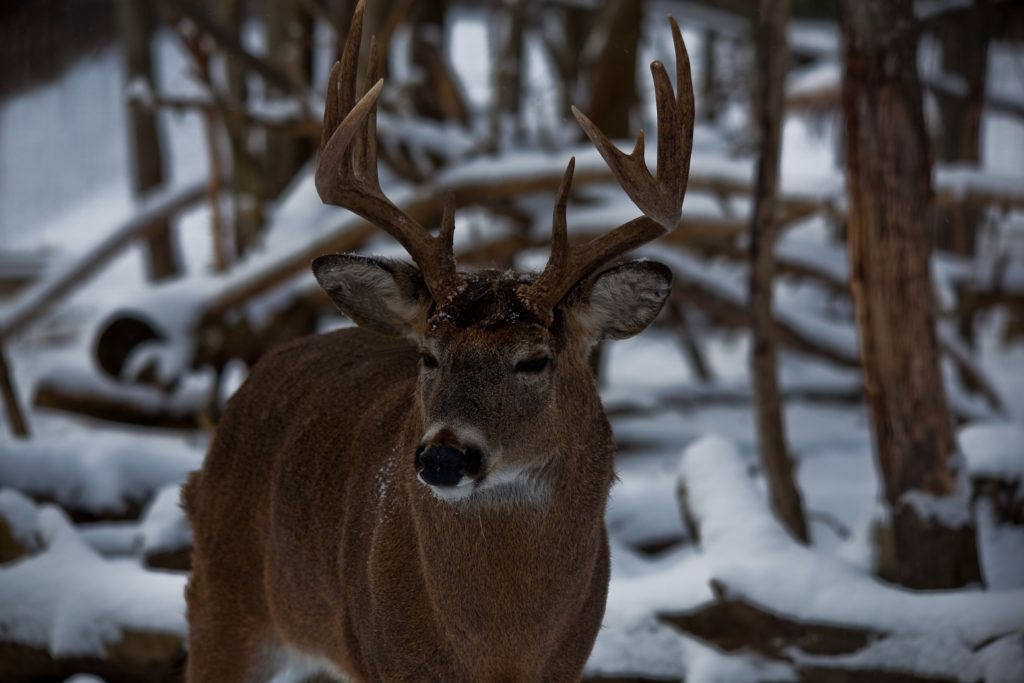 The Michigan Natural Resources Commission (NRC) will meet Thursday to take up a slate of new rules for the 2021 deer hunting season, including revisions to antlerless deer licenses, crossbow use and antler point restrictions (APRs).

Deer regulations are normally brought before the NRC on a three-year cycle, however, they have come up annually for a number of years now. The proposed rules presented in Wildlife Conservation Order (WCO) Amendment No. 8 of 2020, are intended to clarify deer regulations and better meet the Department of Natural Resources’ (DNR) management goals. The NRC will meet virtually using an online platform.

The rules that have been proposed for 2021 would impact deer hunters statewide and could include the creation of a universal antlerless license, legalization of crossbows during the late Upper Peninsula (U.P.) archery season and the removal of the U.P. “hunter’s choice” option. However, there are four proposed amendments which would strip different provisions out of the proposed WCO.

Michigan United Conservation Clubs (MUCC) has weighed in on all of these rules and will continue to be actively involved with the DNR and NRC during this process, said MUCC Executive Director Amy Trotter.

“MUCC members are like most Michigan deer hunters: they tend to hold a wide variety of opinions regarding deer management in the state; however, we recognize that the department cannot manage deer in a way that will satisfy every individual hunter,” Trotter said. “That is why the public comment portion of the NRC meetings are so important. This body needs you to share your thoughts with those tasked with making these decisions. With these meetings being held virtually, the process could not be easier. It’s just like talking on the phone.”

MUCC encourages individuals to participate in the public comment portion of the NRC meetings. Due to the virtual format of the meetings, it has never been easier to share your opinion on a matter related to the commission. Email nrc@michigan.gov with your name, phone number and desired topic of comment to get on the agenda.

DNR Director Dan Eichinger is slated to give a report on the status of the online hunting license system, as well as introduce Jared Duquette as the new Wildlife Division chief. The decision to hire Duquette was announced at the last NRC meeting in November.

The only action items on the agenda for Thursday are a number of land transactions including actions in Charlevoix, Ontonagon and Kalkaska counties. A full list can be found on the NRC agenda.

The proposed rules for 2021 include:

These rules can be viewed holistically from the DNR or in brief from MUCC.

Three members of the NRC have also offered amendments to the proposed rules, which are linked in the NRC agenda. These include:

It is possible that the NRC could vote on this whole package Thursday; however, it is equally likely that this body will not make any decision on the 2021 deer hunting regulations until after the new year when NRC Commissioners Tracy and Klarr’s seats on the commission will have expired.

This will be the final meeting for Commissioners Chris Tracy and Louise Klarr, unless they are reappointed by Gov. Whitmer. In advance of this meeting, we thank them both for their service on the NRC and to the state of Michigan.

It is important to note that changes to the license structure, and therefore the electronic licensing system, must be made by March.

Posted in Policy and tagged deer, DNR, Hunting, NRC, policy, Wildlife
← Survey Your Hemlock Trees for Invasive Hemlock Woolly Adelgid This WinterThank you from On the Water →